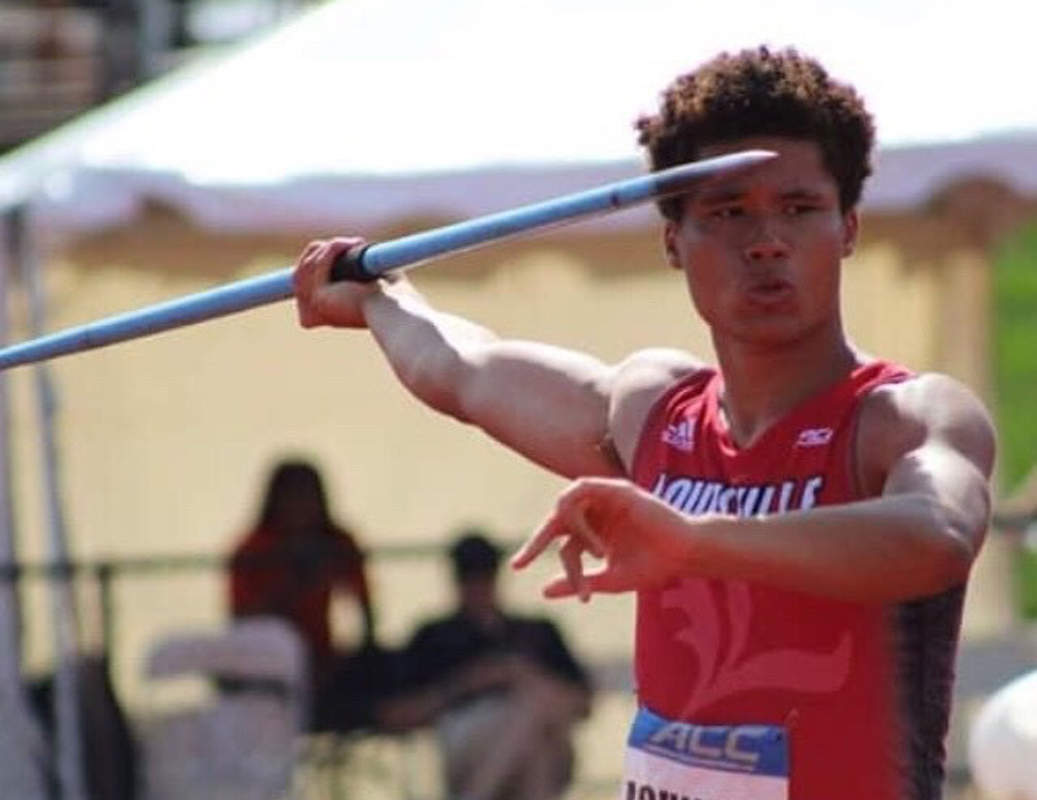 Aaron Johnson competing in the javelin throw at the ACC Championships. (photo submitted)

After an extremely successful and decorated high school career, former Mercer County Titans track and field star Aaron Johnson is already making a name for himself as a freshmen at the University of Louisville, placing fourth overall among decathletes, earning him  2nd Team All-ACC at the ACC Outdoor Championships, on the campus of the University of Virginia, on Thursday-Saturday, May 9-11.

Johnson also competed during the indoor season over the Winter. He set personal bests in both seasons in a lot of the events including javelin, shot put, discus, 400 meter dash, 1500 meter run and pole vault.

He talked about achieving this in his first year competing at the collegiate level.

“It feels really good. I worked hard all year and just did what my coaches and I worked on in practice everyday I don’t really think about the ‘freshmen’ aspect of if because the way I look at it is we’re all in the same race not what grade we’re in so my job is to do the best I can,” said Johnson. “One of my goals I set at the beginning of this season was to make First Team All-ACC and even though I made the second team, I’m still proud of my accomplishments.”

Johnson competed as a decathlete for the first time in his young career and said his coaches have been instrumental in his growth in such a short time.

“My freshman season at Louisville has been great for me. I really had fun competing at this level and it’s all gone by so fast. I can’t wait to go back to start my sophomore season,” said Johnson. “All the traveling was my favorite part. Coach Rasnick, my multi-events coach, taught me so much about not just multi-events, but how to take care of my body as well.”

Listed below are Johnson’s scores which earned him fourth place in the decathlon. In parenthesis is the place Johnson finished in the event. 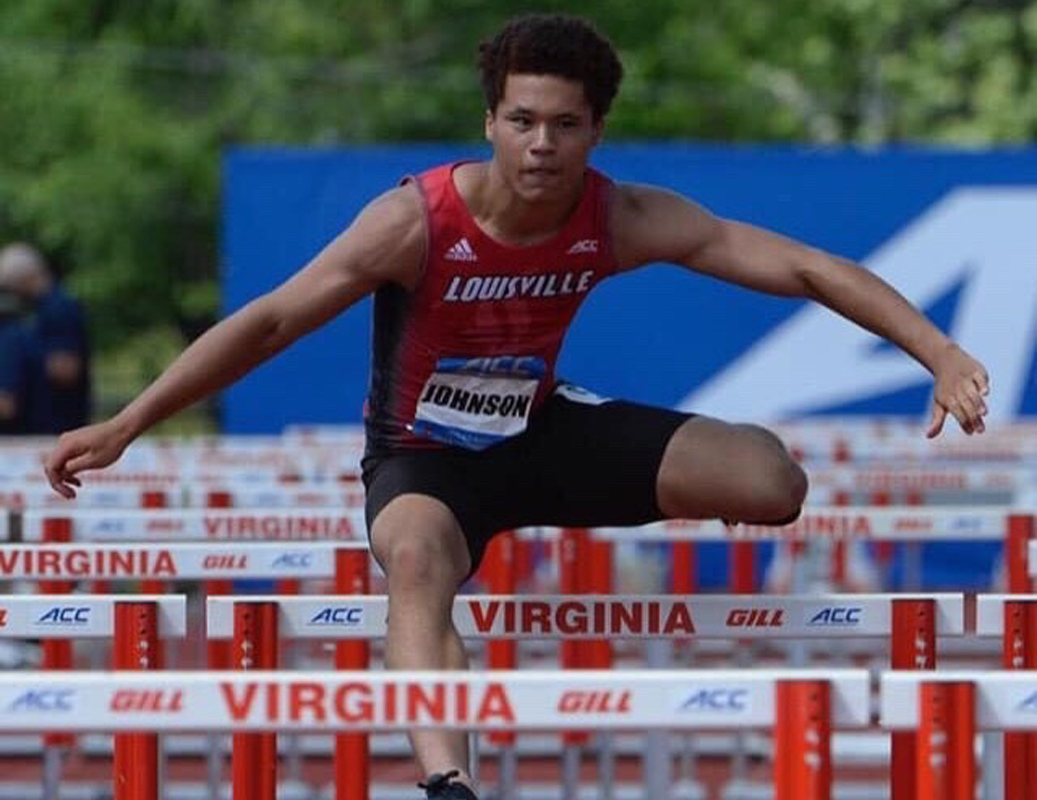 Johnson competing in hurdles at the ACC Championships. (photo submitted) 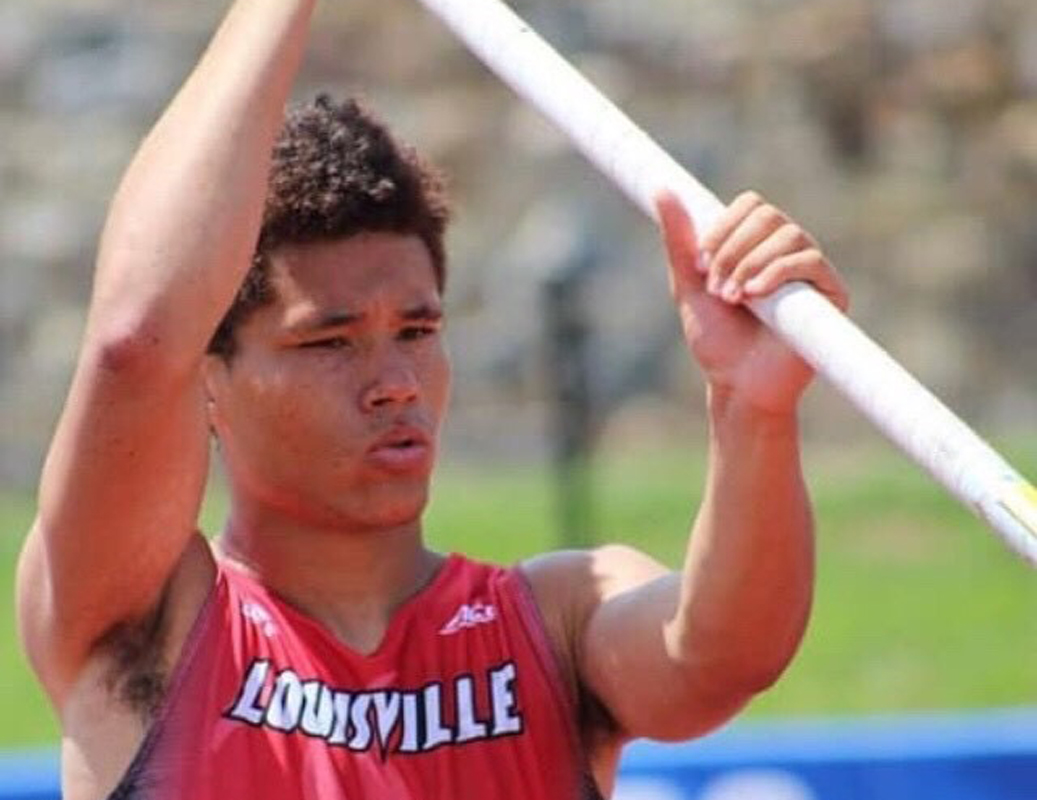 Pole vault was one event that Johnson never practice prior to attending Louisville. (photo submitted)