The Burgin Bulldogs track and field team is sending two seniors to state after competing at the Class A Region 5 meet at Lexington Christian Academy on Saturday, May 18: Ethan Kestler (middle row, fourth from left) and Daylan Vandiviere (back row, second from left). (photo submitted)

After losing key seniors from the 4×800 meter relay team last season that qualified for state, the Burgin Bulldogs track and field team had to put in a lot of work to get back to state.

The Bulldogs placed 10th overall on the boy’s side with 17 points. The girl’s side placed eighth overall with 24 points at the Class A Region 5 track meet at Lexington Christian Academy on Saturday, May 18.

Two Burgin seniors, Daylan Vandiviere and Ethan Kestler, put in that work and qualified for the state track meet at the University of Kentucky on Thursday, May 30.

Vandiviere placed first in the region in pole vault with a score of 11 feet, 9 inches. He dealt with an injury early in the season, but was able to bounce back in a big way.

“Daylan (Vandiviere) was focused on more specialized pole vault techniques this season. He had an early hamstring injury that set him back a bit, but has overcome that and is now able to perform at his full potential and it shows,” said Head Coach Kim Hatfield. “He’s going into the state meet very strong and we expect him to be one of the top vaulters there.”

Kestler placed fifth in pole vault with a score of 9 feet, 6 inches. He didn’t even compete in vaulting until the middle of the season and Hatfield is glad he did.

“Ethan (Kestler) didn’t start vaulting until mid-season, but has picked up the skills and techniques quickly,” she said. “He performed really well at region and was able to qualify as well. This is a great accomplishment for him in such a short time, especially it being his senior year.”

On the boy’s side, Vandiviere, eighth grader Brendan Stanley. Kestler and senior Drew Hatfield placed sixth in the 4×800 meter relay with a time of 9:41.02.

Drew Hatfield, Kestler, Vandiviere and Robinson placed eighth in the 4×400 meter relay in 4:03.04.

McCowan also placed seventh in discus with a throw of 99 feet, 6 inches.

“He (McCowan) had a very consistent season and has made great improvements from his junior year,” said Hatfield.

Vandiviere placed 12th with a throw of 80 feet, 2 inches.

Kestler placed seventh in triple jump with a jump of 30 feet, 6 inches.

“We knew it would be difficult for our 4×800 team to qualify again after losing two seniors from the year before,” said Hatfield, “Drew (Hatfield) had a great run, making an exciting comeback during his leg of the relay. Brendan (Stanley) did a great job as well running his best time.”

On the girl’s side, freshmen Abbie Church, Ellie Jenkins, Avery Harmon and Rebecca Biggs placed fourth in the 4×800 meter relay in 12:05.28.

Humber placed third in pole vault with a score of 6 feet.

Harmon placed fourth in pole vault with a score of 5 feet.

“Our girls had some of their best times at region. Ellie (Jenkins) had an outstanding finish in the triple jump,” said Hatfield. “Lilly (Essex) was top six in discus. We are excited for what this young and talented group of girls will be doing in upcoming years.” 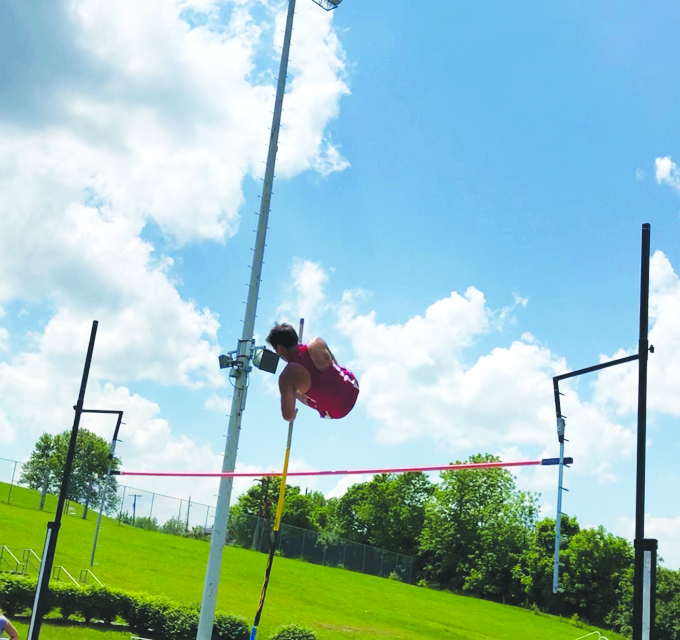 Bulldog senior Daylan Vandiviere ended his track regular season with a region title in pole vault at the Class A Region 5 track meet at Lexington Christian Academy on Saturday, May 18. (photo submitted) 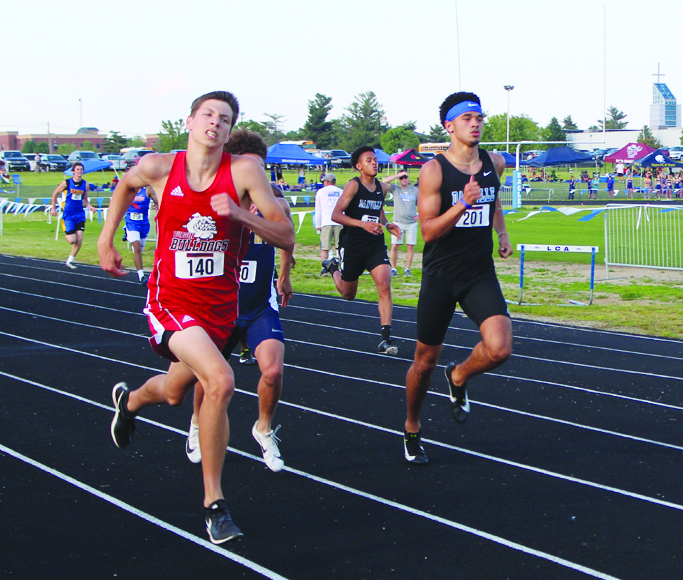 Burgin senior Drew Hatfield turns on the jets in the final stretch of the 400 meter run at the Class A Region 5 meet at Lexington Christian Academy on Saturday, May 18. (photo submitted) 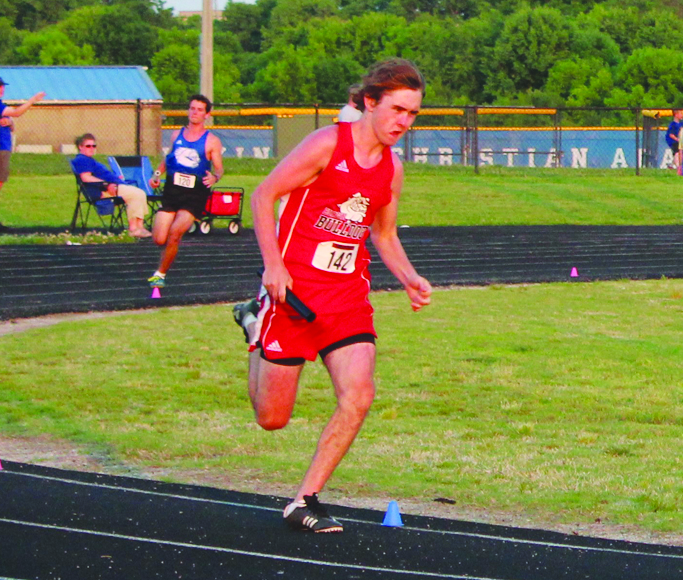 Burgin senior Ethan Kestler makes a turn during a relay at the Class A Region 5 meet at Lexington Christian Academy on Saturday, May 18. (photo submitted)