Wessling and Moseley drop super tiebreaker in 2nd round 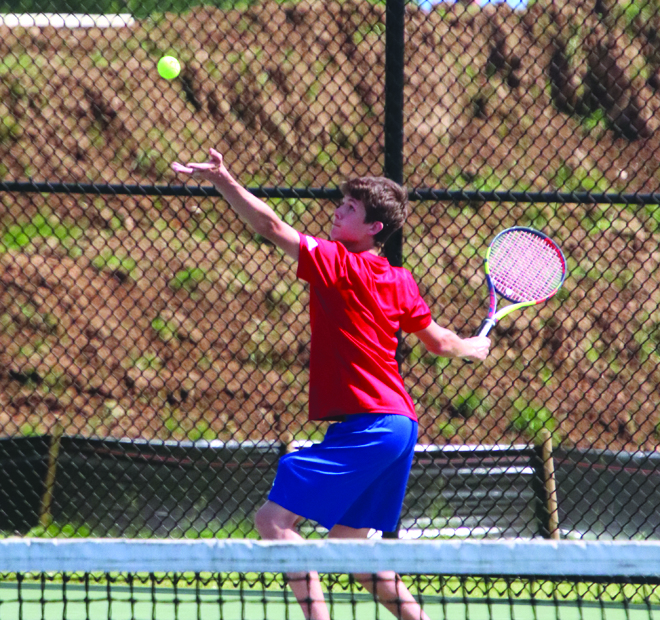 Junior Bryson Marcum didn’t drop a game in his first two matches before falling in the quarterfinals at the 12th Region Tournament. (photo by Arpan Dixit)

The Mercer County boy’s tennis team competed at the 12th Region Tournament on Friday and Saturday, May 17-18, at Centre College and Danville Bate Middle School.

“Leading into region this year, as a team, we had been in every match but one and felt strong going in,” said Head Coach Shawn Curtsinger. “I think for the players, this season was a great learning experience. Last year, we opted to put our best players in doubles, and this year they each wanted to play singles. I felt as though that would give us a greater opportunity of earning team match points.”

In singles, junior Bryson Marcum made it into the quarterfinals, but fell to Somerset’s Amin Katanbaf 6-1, 6-1 on Saturday. In his first two rounds on Friday, Marcum defeated McCreary County’s Kobe Perry and Casey County’s Riley Hoskins both with a score of 6-0, 6-0.

“Bryson (Marcum) has grown immensely with his mental approach this year and it showed in the regional tournament” said Curtsinger.

Marcum is the first Titan since 2007 to advance to the quarterfinal round at the region tournament.

Sophomore Jake Becknell fell in his first round matchup. After going up 4-1 in the first set, McCreary County’s Seth Ball battled back and won the first set 6-4. He also won the second set 6-0.

“Jake (Becknell) lost a tough match in the scorching heat after being up on a seeded player, again, with an enormous effort,” said Curtsinger.

In doubles, freshman Jonah Lewis and junior John Keller were defeated in the first round by Brown and Goode from Casey County by a final score of 6-0, 6-0.

“Although they were in every game with great communication and actively attacking net play, unforced errors prevented our No. 2 doubles team from advancing,” said Curtsinger.

Juniors Kobe Wessling and Camden Moseley battled into the second round, defeating Strunk and Stephens from McCreary County 6-2, 6-2 before falling in a super tiebreaker to McAlister and Brunner from Danville 6-0, 6-4 (10-4).

“We also had a great showing with our No. 1 doubles team with a first round win and extremely close loss to a seeded Danville team in the second round,” said Curtsinger. “They overcame a 6-0 first set, winning the second set, before falling in the tie breaker. The fact they were mentally able to bounce back from a devastating first set spoke loudly to their resolve and ability to refocus. Even though they lost, I was very proud of them.” 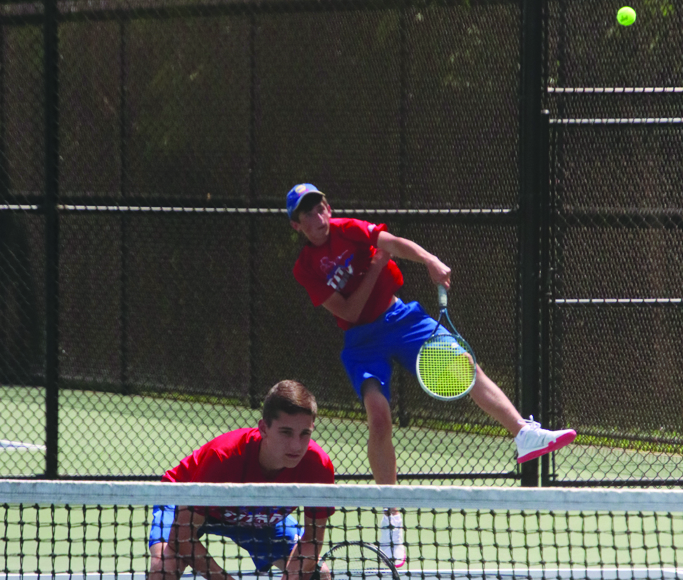 Mercer County juniors Kobie Wessling (bottom) and Camden Moseley serve it up in the 12th Region Tournament on Saturday, May 18, in Danville. (photo by Arpan Dixit) 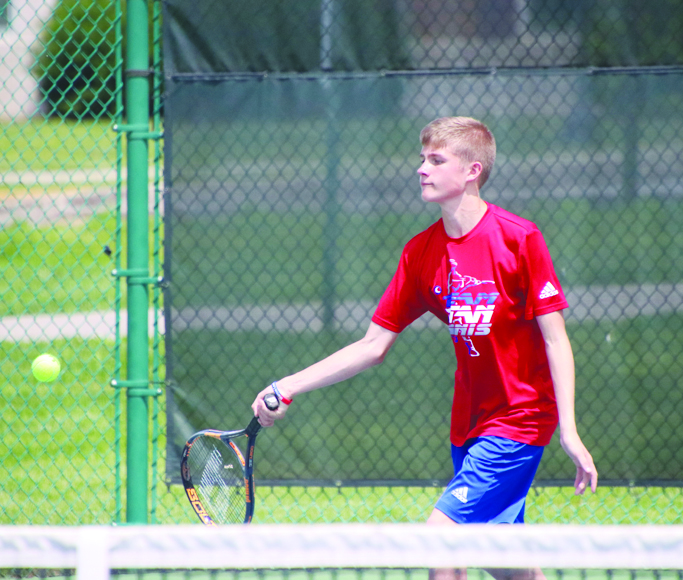 Mercer County freshman Jonah Lewis uses his forehand at the net during the 12th Region Tournament on Saturday, May 18, in Danville. (photo by Arpan Dixit) 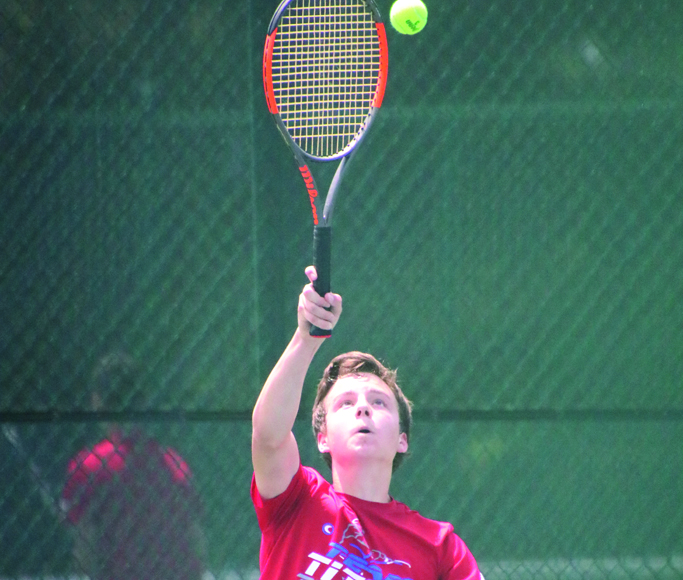 Mercer County junior John Keller serves it up during a double match against Casey County at the 12th Region Tournament on Saturday, May 18. (photo by Arpan Dixit)