The Mercer County Lady Titans tennis team is pictured above with their 12th Region championship trophy, their second title in a row. (photo by Sam Warren)

Tell me if you’ve heard this before: the Mercer County Lady Titans tennis team are the 12th Region Champions.

It sounds familiar because the same thing happened in 2018.

After a marathon match last season against Boyle County Mia Kendrick, Trent made quick work of Calfee, who took a set off Trent a few weeks ago when the two teams met up for a regular season clash.

Trent has owned the 12th Region the last two seasons, compiling a record of 32-1 with two regional singles championships.

“The last two years have been phenomenal for Rebekah (Trent). To be able to accomplish what she has requires a lot of hard work and mental toughness,” said Head Coach Nick Caton. “I’m just so proud of her and her game continues to improve as she is only a sophomore. The future for her is so bright and she has done an amazing job of representing Mercer County.

Senior Gracie Caton and junior Kiersten Bryant were doubles finalists, seeded third, in their first year playing together. They were defeated by No. 2 seeded Jenna and Lara Akers of Danville 6-3, 6-4.

“I am so proud of Gracie and Kiersten . This was their first year playing together as Gracie transitioned over this season from singles to doubles,” said Caton. “It takes time to build the level of chemistry necessary to succeed in doubles and you could see that chemistry building right before your eyes as the season moved along. They are both such competitors and neither of them wants to let the other down. I look forward to watching that chemistry continue to grow as we prepare and advance to the state tournament.”

Bryant and Caton defeated No. 1 seeded Gibler and Dixon from East Jessamine 6-3, 7-5 to reach the championship round.

Seventh grader Sara Dunn, who is in her first year playing competitive tennis, made it to the second round before falling to Lincoln County’s Savanna Smith 6-6 (7-5), 6-1. Dunn defeated Eleanor Grubbs from Danville in the first round 6-4, 6-2.

“Our goal for our girl’s tennis program is to hang a banner each and every year. We openly talk about that and do not shy away from it,” said Caton. “Last’s year title was a lot of fun because as reigning champs, we had a gigantic  target on our back. So while this year’s title was definitely a lot of fun, I would have to say this year’s title is more gratifying because I know without a shadow of a doubt that we took the best shot from every team and were still able to come out on top.”

Caton is really proud of this group and talked about how close everyone on the team is and how they have a strong desire to win against any opponent.

“I really fell what won this title for us is that we have a group of ten girls with a love for the game of tennis, a love for one another and a fire burning inside them to succeed. When you have that, anything is possible. I’m so proud of all of them. It was a total team effort.”

The state tournament will take place on Thursday-Saturday, May 30-June 1 at Top Seed Tennis Club and the University of Kentucky. 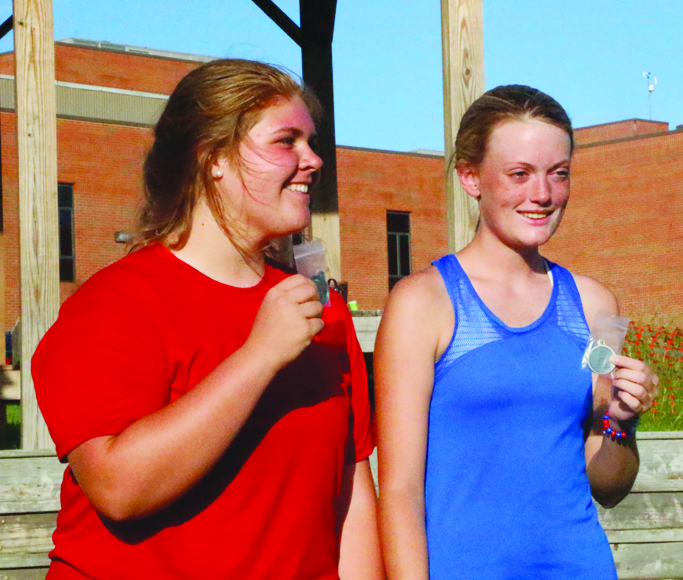 Mercer County junior Kiersten Bryant (left) and senior Gracie Caton pose with their doubles runner-up medals at the 12th Region Tournament in Danville on Monday, May 20. (photo by Sam Warren) 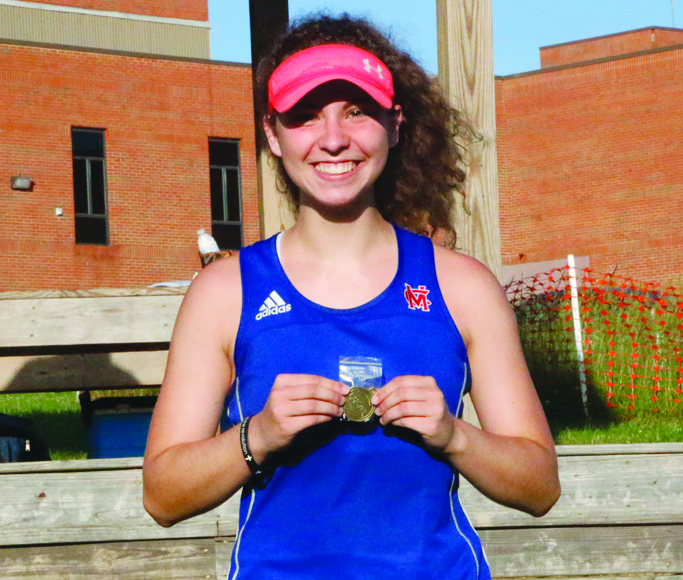 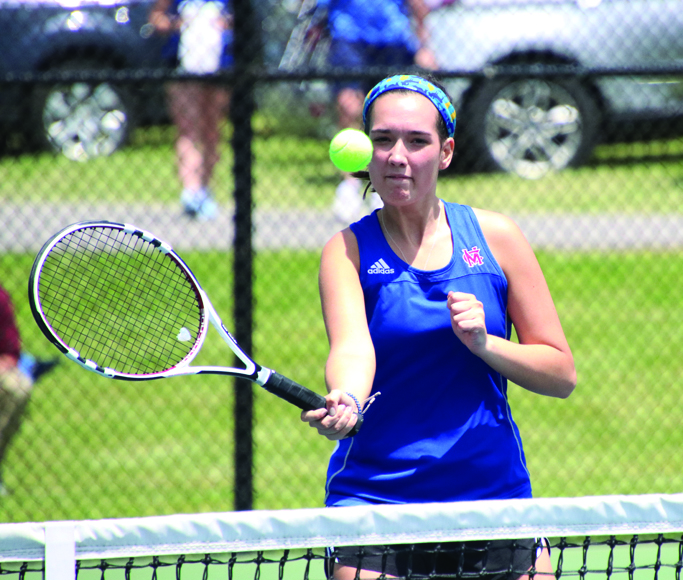 Mercer County junior Raegan Long hits a forehand volley winner in a double match at the 12th Region Tournament on Friday, May 17, in Danville. (photo by Arpan Dixit) 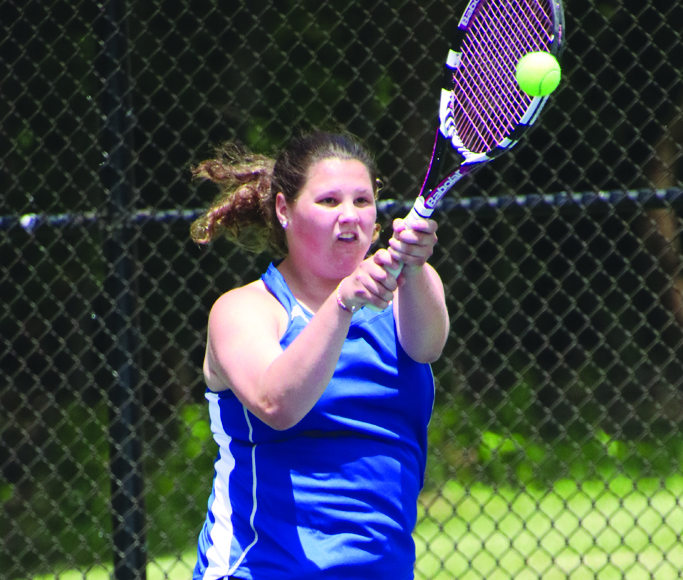 Mercer County seventh grader Sara Dunn uses her backhand in her second round singles match at the 12th Region Tournament on Friday, May 17, in Danville. (photo by Arpan Dixit)