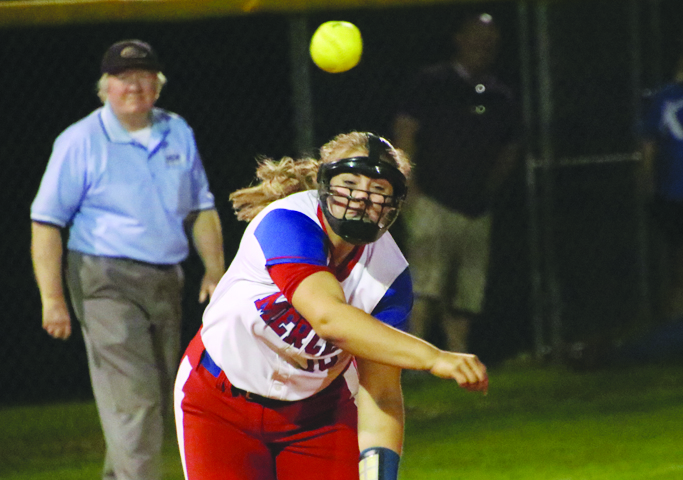 Mercer County sophomore Brooklin Burgess fields a ground ball and throws to first for the out. (photo by Arpan Dixit)

It wasn’t the ending the Mercer County Lady Titans softball team (12-19) had hoped for, but that’s the way the game goes sometimes.

After defeating West Jessamine (10-15) the previous two times they played this season, the third time was when the Colts came out on top with a 4-0 shutout victory in the first round of the 46th District Tournament on Monday, May 20, at West Jessamine High School.

Addie White earned the win for West, pitching all seven innings, giving up no runs on four hits, with three walks and a game-high 11 strikeouts.

Junior Kynleigh Miller took the loss for Mercer County, pitching one and two-thirds innings, giving up three runs on five hits, with one walk and two strikeouts.

“It’s a tough way to end the season for us. Addie (White) did a tremendous job in the circle for West tonight,” said Head Coach Rob Tharp. “We just didn’t execute enough at the plate. We didn’t play that bad, we just had a couple errors that hurt us. We did a poor job of pitch selection and pitch recognition. We helped Addie out a lot. Through the first three innings, we’re swinging at pitches over our head. We were swinging at stuff outside of the zone and just not being patient with pitches. That set the tone for them. We normally hit Addie well, put the ball in play, but that just didn’t happen tonight. There is nothing for me to fuss about other than our performance.”

Sarah Coffey drove in the first run of the game in the top of the first inning, singling into right field.

Brooke Childers drove in two more in the second inning off a single into center field and Jessica Lewis scored on an error for West’s fourth and final run.

Mercer County had one senior, Emily Rawlings, who was emotional after the game. Tharp talked about her impact this season.

“I’m happy for Emily (Rawlings) on having a great season. I hated that it ended like this. She’s been limited in playing time in her career but her senior year was when she took over the first base spot,” said Tharp. “I’m proud of the way she performed and I’m glad she got to end her high school career on the field playing. We will miss her and I’m happy that we were able to have her this season. We had an awfully tough schedule this year and we were put to the grind. Ultimately, we came up short and didn’t have the momentum that we needed. We just never really got in a groove.” 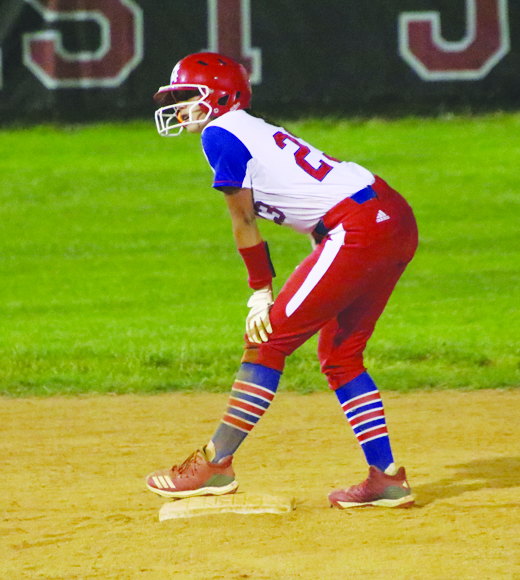 Mercer County sophomore Ry’Ann Tharp stands at second base after a double in the 46th District Tournament on Monday, May 20. (photo by Arpan Dixit) 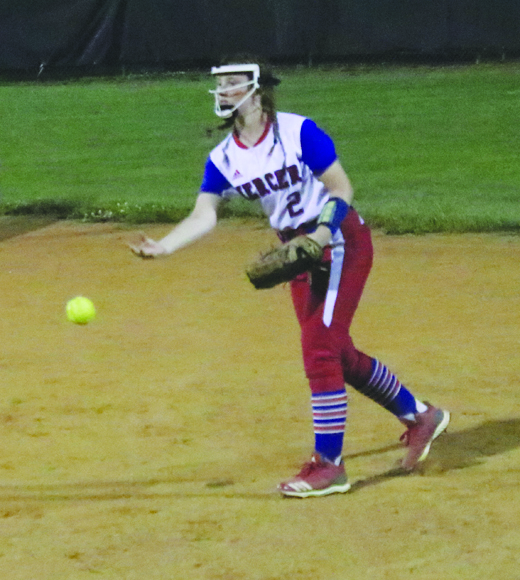 Mercer County junior Kynleigh Miller throws under handed to first base for the out in the 46th District Tournament on Monday, May 20. (photo by Arpan Dixit)