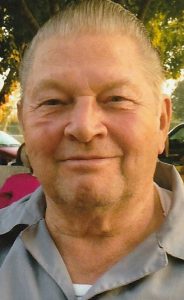 On Wednesday, May 8, 2019, Leroy H. Pyles, loving husband and father of three children, passed away at age 85 after a brief illness.

Leroy was born on March 25, 1934 in Forbus, Tennessee, to Herbert and Dovie Hodge Pyles. He later lived in Farmland, Indiana, and Cincinnati, Ohio, where he was a master machinist for 18 years with the Continental Can Company. The family then moved to Mackville, Kentucky, where Leroy farmed and owned Pyles Machinery until his retirement in 1995. He took pride in his farm and the many companies which he maintained equipment for including county, state and federal agencies.

Leroy was admired by friends and family for his quiet and calm demeanor, never raising his voice to anyone. He was an avid lover of old time country music and guitar. His kind and compassionate spirit will be missed by all who knew him.

Leroy was preceded in death by his father, Herbert, and his mother, Dovie, his son, Richard “Rick” Pyles, and his stepson, Joseph M. Reed. Also his sisters, Christine and Joan, and his brothers, Dailey, Junior, Charles, Louie, and Danny.

A funeral service was held on Saturday, May 11, 2019, at Talbott Funeral Home in Albany, Kentucky, with Rev. Gene Grasham officiating.

The burial was in Peter’s Cemetery in Mackville.