Big fifth inning by Lady Jags propel them to victory 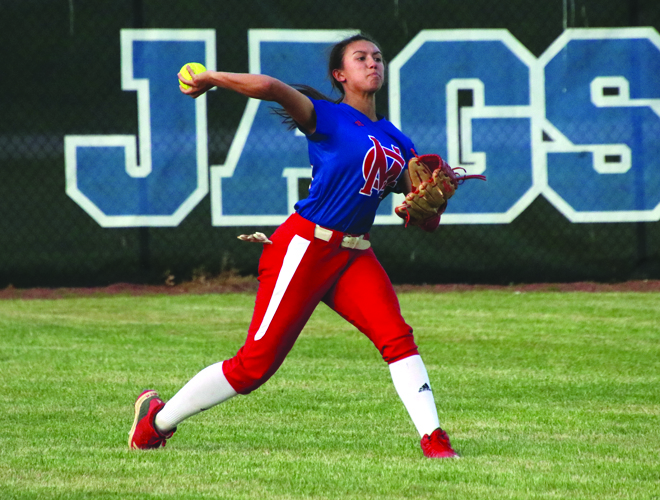 In their second and final matchup of the regular season, the East Jessamine Lady Jaguars (15-5) defeated the Mercer County Lady Titans (9-16) by a final score of 4-3 on Monday, May 6.

“We put pressure on ourselves at the end to try to make something happen. Ultimately, if we would’ve done our job throughout the game, we wouldn’t feel that way,” said Head Coach Rob Tharp. “Throughout the game, we were producing. We played clean defensively, pitchers did a great job and catching was great tonight. Everything was what we needed it to be, and then we had some base hits and some singles, but no timely hits. If you have runners standing in scoring position, you have to do something. We just didn’t do our job in that aspect of the game. We left a lot of runners on base. I felt like, with exception of the fifth inning, we outplayed them.”

Kaylee Terral earned the win for East Jessamine, pitching all seven innings, giving up three runs on eighth hits, with one walk and six strikeouts. 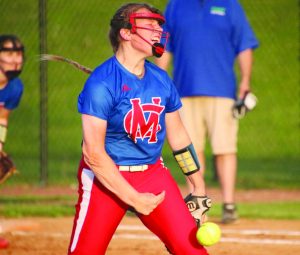 Mercer County eighth grader Kayleigh White pitches with all her strength against East Jessamine on Monday, May 6. White had a game-high seven K’s in the loss. (photo by Arpan Dixit) 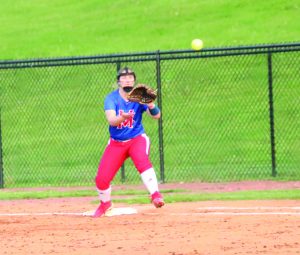 Mercer County senior Emily Rawlings focuses to catch a ball at first base for the out against East Jessamine on Monday, May 6. (photo by Arpan Dixit)