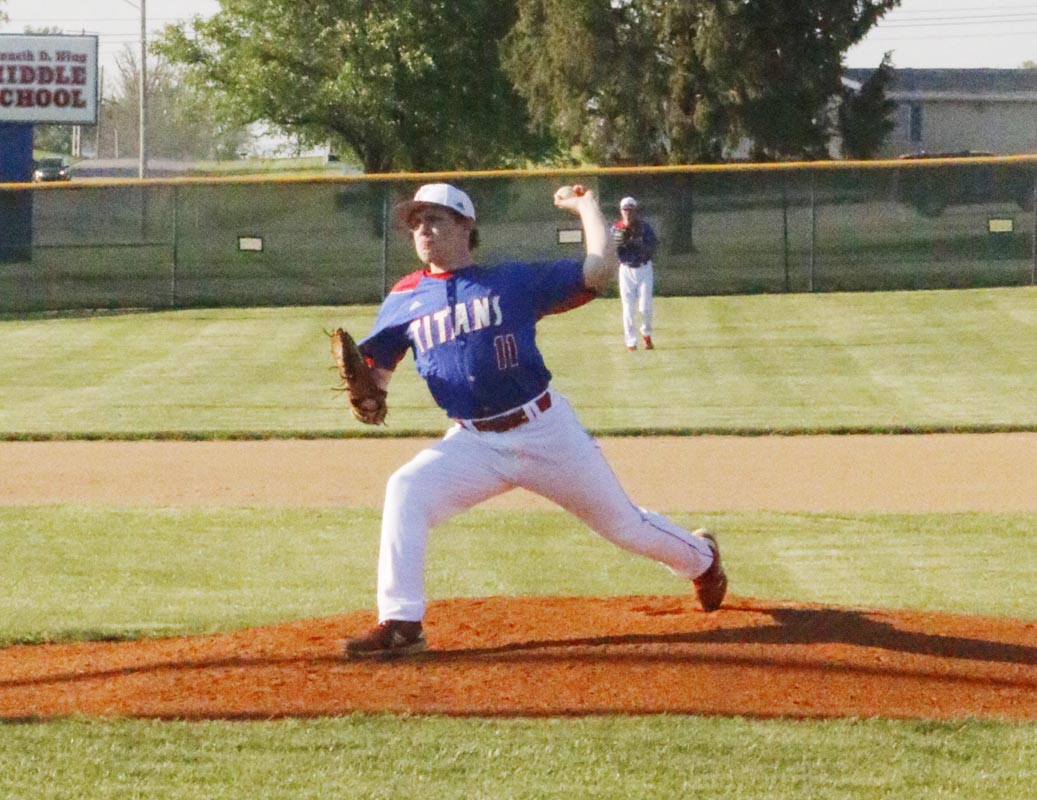 Mercer County sophomore Sammy Berger earned the win on the mound against Burgin, on Monday, April 29. (Photo by April Ellis)

After defeating the Bulldogs (13-9) two weeks ago in Burgin, the Mercer County Titans added another district win to their record in a 11-1 victory on Monday, April 29, in five innings of play.

This win improved the Titans to 3-3 in district play,  sitting one game behind West Jessamine in the win column for the No. 1 seed in the 46th District.

“Their pitchers did a good job of keeping us off center,” said Mercer County Head Coach Adam Shartzer. “They mixed up their pitches well and we need to work on seeing the ball better.”

Sharzter kept it simple when asked about how his team can improve when district tournament play begins.

“Getting ready for district, we need to get more consistent on the defensive side of the ball,” he said.

Sophomore Sammy Berger earned the complete game victory for the Titans, giving up one run on four hits, four walks and five strikeouts.

Freshman John Boursaw took the loss for the Bulldogs, pitching one inning, giving up four runs on two hits, one walk and one strikeout.

“We started slow with no energy in the dugout,” said Burgin Head Coach Donnie Edwards. “It’s a team effort and whether you’re in the game or not, you have to support your team.” 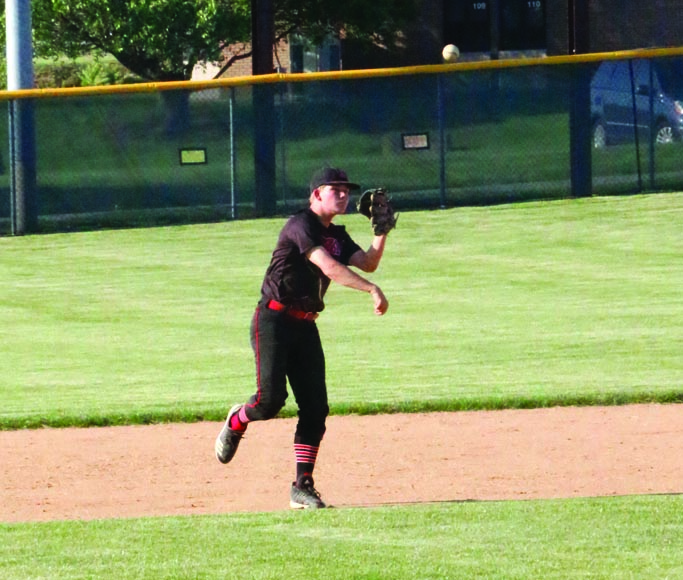 Burgin eighth grader scoops up a grounder from the shortstop position and throws to first base for the out against Mercer County on Monday, April 29. (Photo by April Ellis)