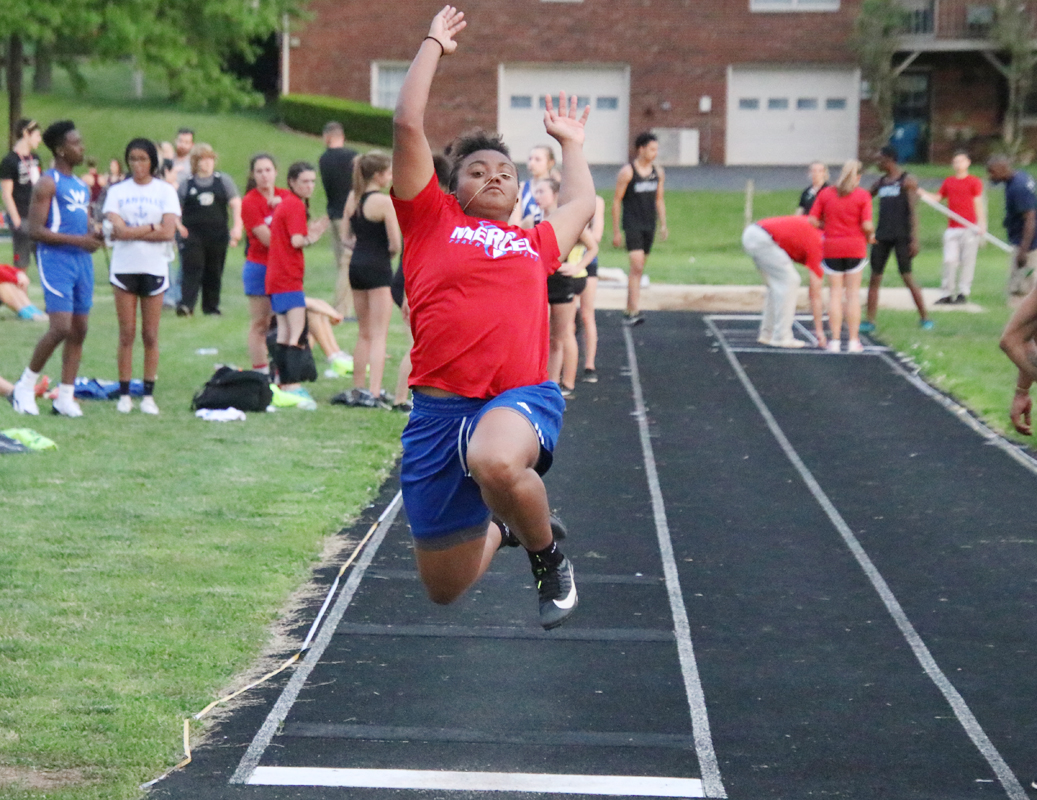 The final Mercer County All-Comers of the season saw the Lady Titans capture first place with 177 points. Woodford County was second with 107 points.

The Titans placed third with 78 points behind Danville’s 109 points and Boyle County’s 136 points.

Listed below are full results for each event, starting with the Lady Titans followed by the Titans.

In the first event of the day on the track, sophomore Abby Dean, eighth grader Clayra Darnell, junior Haley Blevins and sophomore Erin Darland placed first in the 4×800 meter relay (10:15.97).

Sophomores Comfort Gimba and Corban Profitt, along with freshmen Charlie Zammit and Kennedy Meredith  placed fourth in the 4×100 meter relay (56.89).

Junior Jasmine Claunch swept two jumping events, something that is becoming more of a trend each meet. She won the long jump (16 ft., 4.5 inches) and triple jump (37 ft., 2.75 inches). 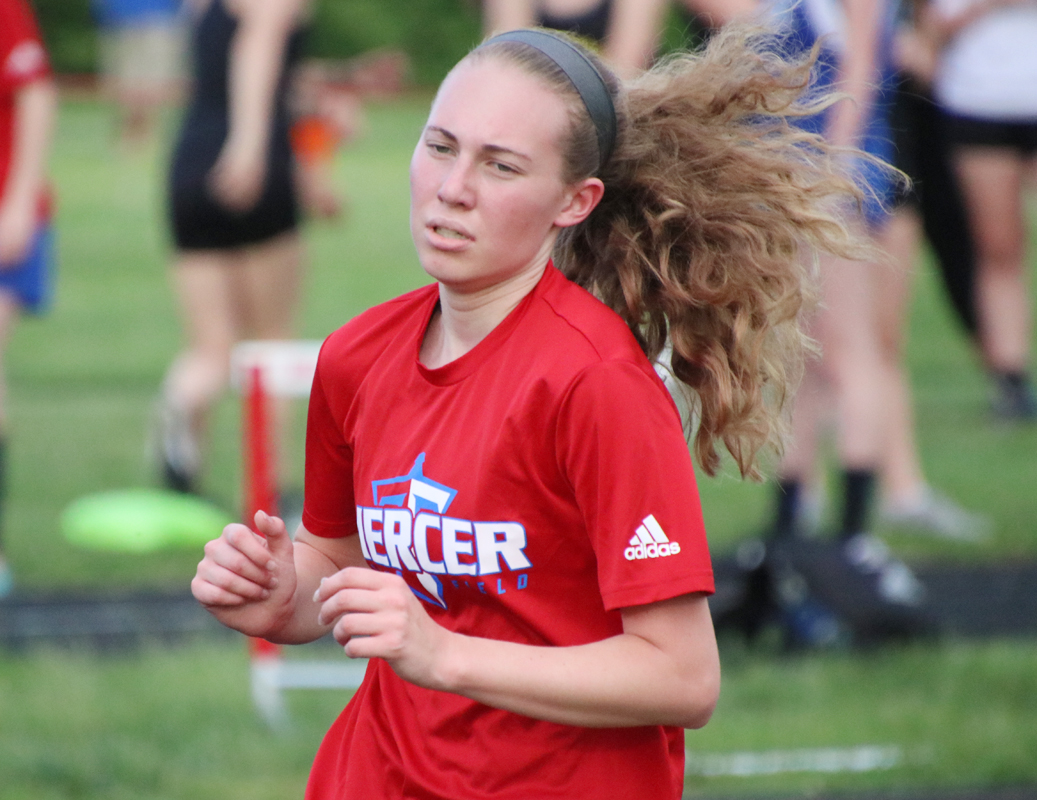 Sophomore Emma Leitenberger paces herself during the 1600 meter run. (photo by Arpan Dixit) 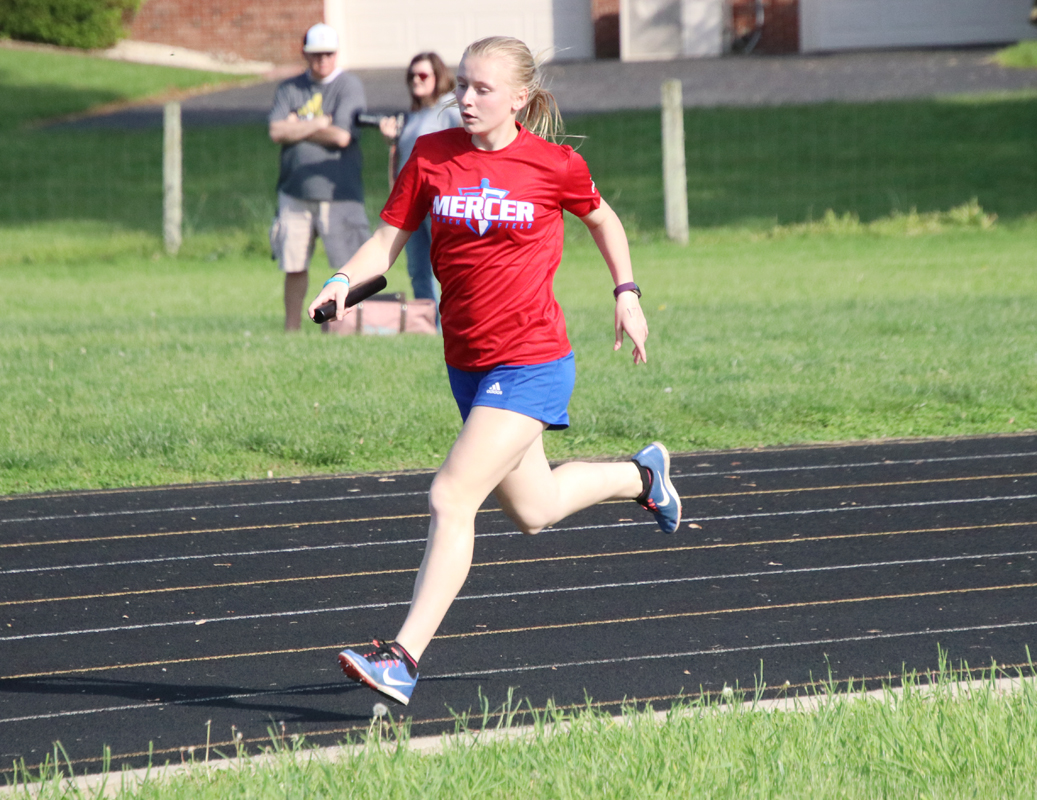 Brown, Smith, along with freshmen Brady Peavler and Matthew Mays placed fourth in the 4×200 meter relay (1:39.57).

The next meet for Mercer County track and field will be this Saturday, May 4, in the FD Bronco Classic at Frederick Douglass High School in Lexington. The meet will begin at 10:30 a.m. 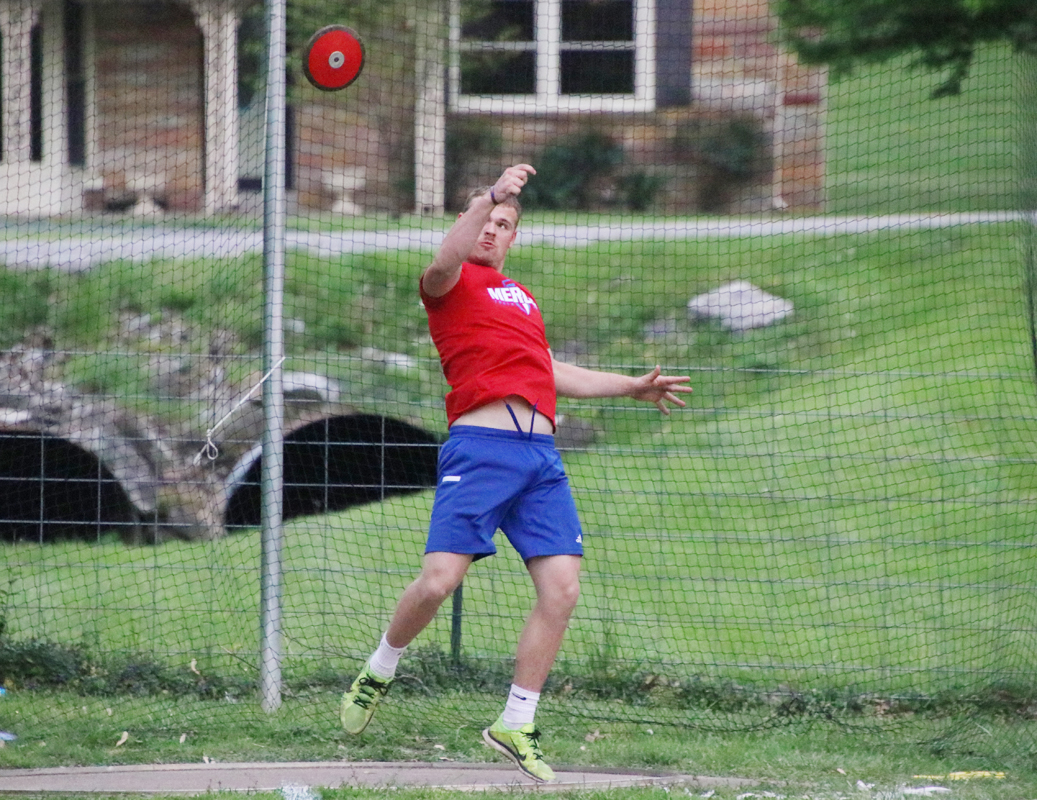 Senior Blake Russell uses all his power during the discus throw. (photo by Arpan Dixit) 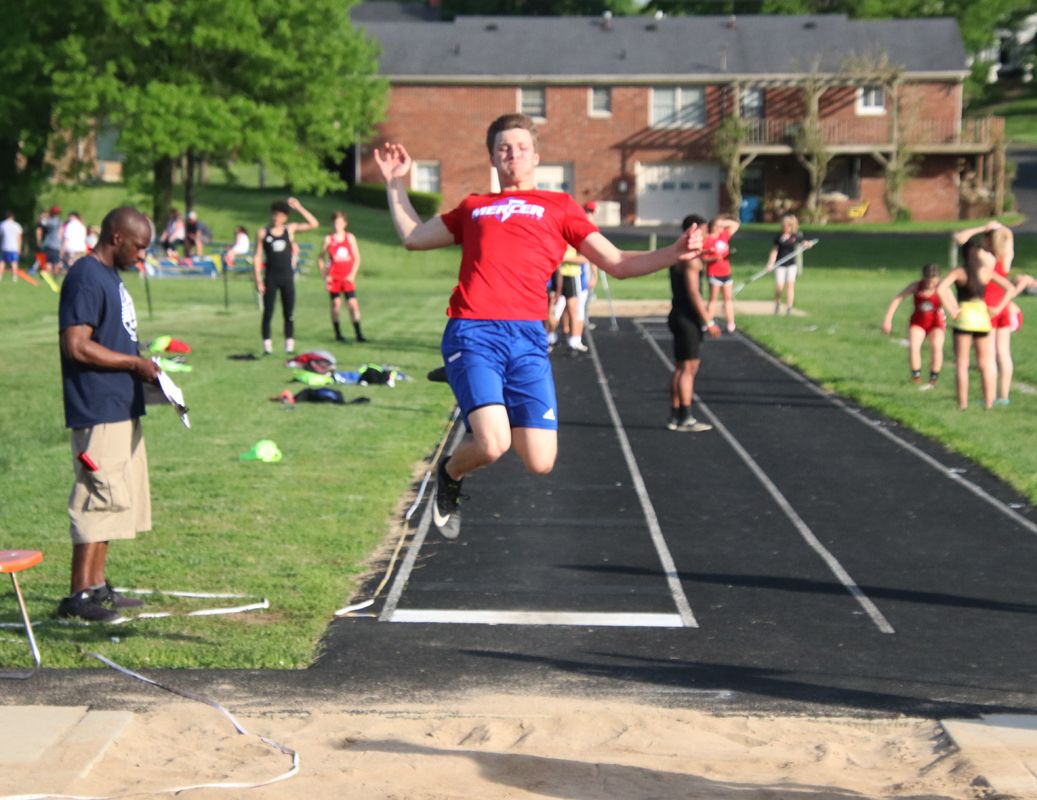 Burgin Loses A Game To The Dark

Warriors Too Much For Lady Titans In Region Championship Game

Lady Titans Get Revenge On Wayne In Semi-Finals