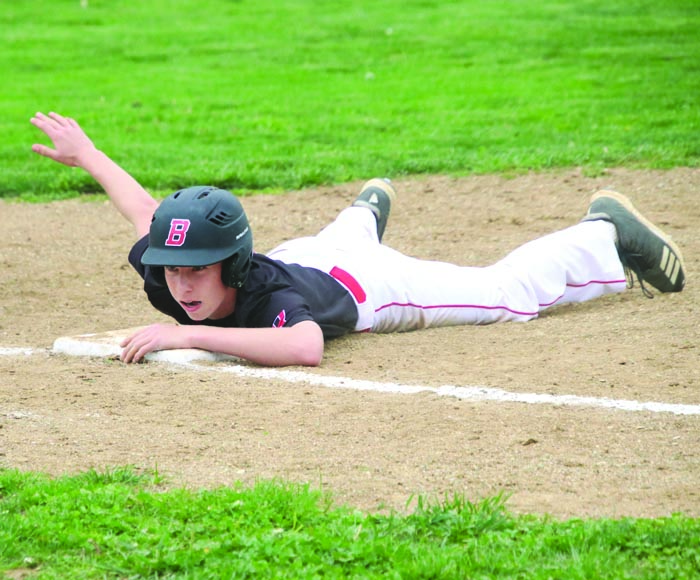 Burgin sophomore Jackson Qualls calls time after diving back to first base against Waggener on Thursday, April 25. (Photo by Arpan Dixit)

After a small three game slide last week, the Burgin Bulldogs (13-7) baseball team rebounded with three wins, most recently a 13-3 victory over the Waggener Wildcats (4-6) on Thursday, April 25.

Pitching and a scorching hot offense has been the most consistent part of the game during this recent win streak. The Bulldogs have only allowed eight runs in the last three games while scoring a staggering 51 runs.

“Our pitching has propped us up all season,” said Head Coach Donnie Edwards.

In a game that was in question due to weather, the Bulldogs were able to run rule the Wildcats in five innings before Mother Nature took her course. 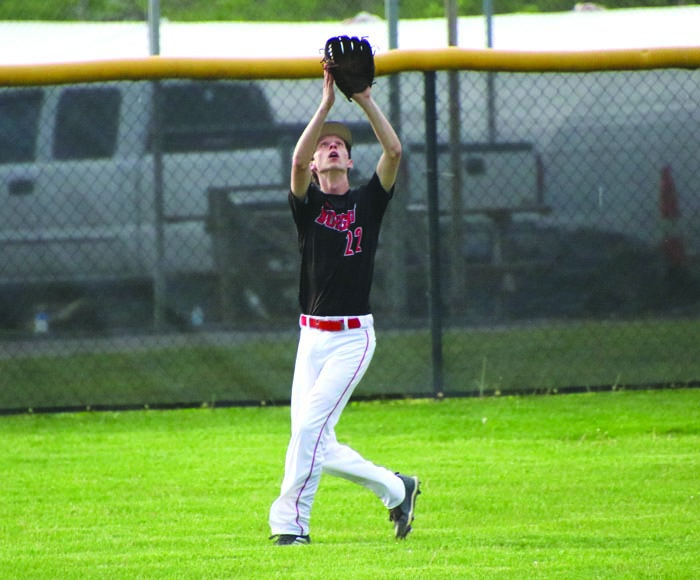 Burgin sophomore Evan May shields the sun while attempting to catch a fly ball in center field against Waggener on Thursday, April 25. 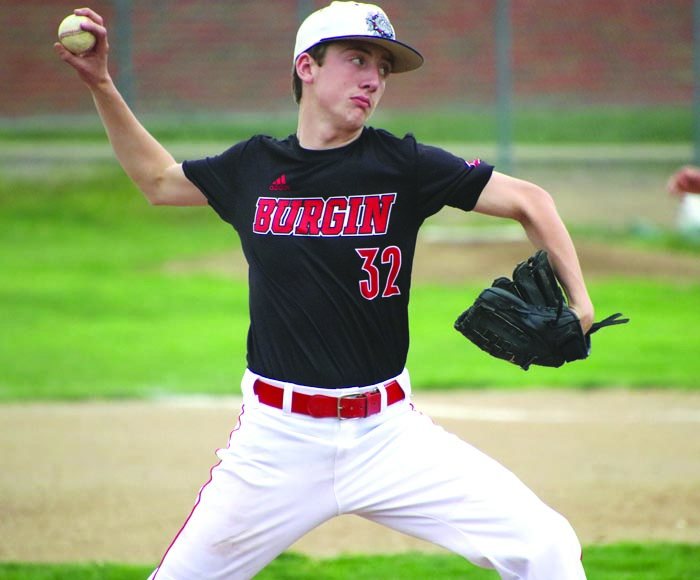 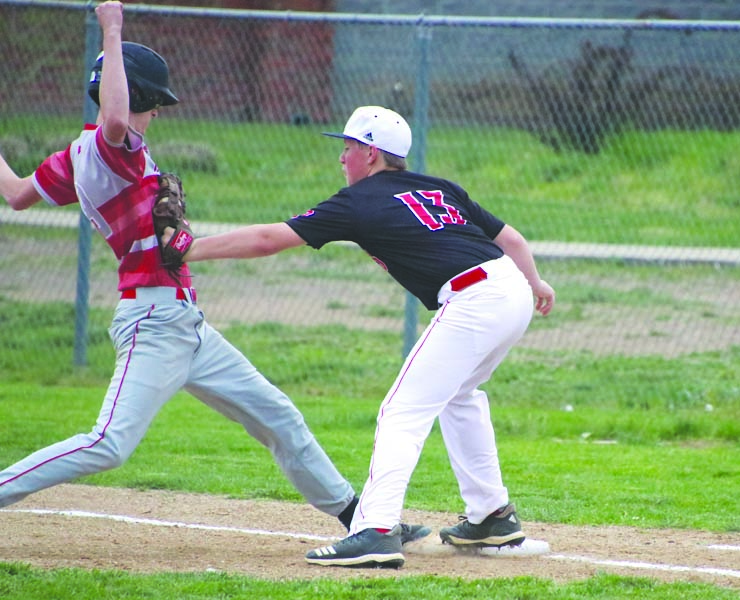 Burgin eighth grader Noah Broce (13) picks off Waggener’s Colin Schappe at first base in the Bulldogs’ victory over the Wildcats on Thursday, April 25.