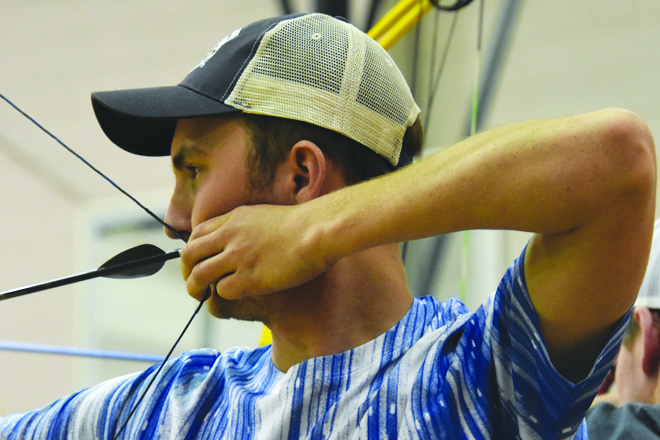 Only six male members of the team competed at the 3D tournament.

A 3D tournament differs from a standard bullseye tournament because the range is set up with animal-like targets such as deer, bear, turkey, etc.

Senior Cole Clark was the highest finishing Titan, placing third out of 71 competitors with 284 points.

“The team did great considering we haven’t practice 3D since the first of the season,” said Head Coach Eric Miller.

“Most of our focus is on bullseye. 3D is growing, but like everything, it takes time to build it,” said Miller.