Late rally by West drops Mercer to 2-3 in district 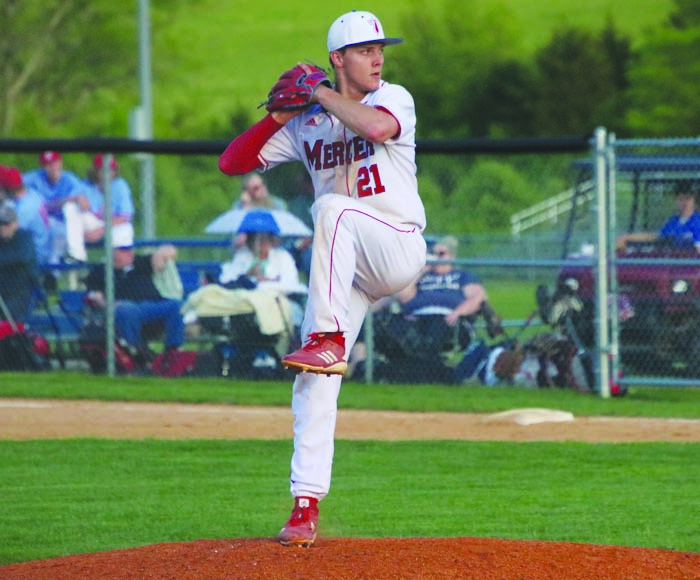 Mercer County junior Dillon Warren winds up on the mound against West Jessamine on Tuesday, April 23. (Photo by Arpan Dixit)

Through the first five innings, things looked really good for the Mercer County Titans (11-7), but to win a high school baseball game, all seven innings must be played.

The West Jessamine Colts (10-7) improve to 3-0 in 46th District play after a come-from-behind 5-4 victory over the Titans on Tuesday, April 23, at Amos Black Field.

Nick Lee’s RBI-single in the top of the seventh inning was the game-winning run for the Colts.

Senior Josh Barnett took the loss in relief, pitching two-thirds of an inning, giving up zero runs on one hit and one strikeout.

Barnett was given the loss, but the winning run was charged to junior Dillon Warren who started the game, pitching six and one-thirds innings, giving up five runs on four hits, two walks and seven strikeouts.