Broce and Reed earn wins on the mound for Burgin 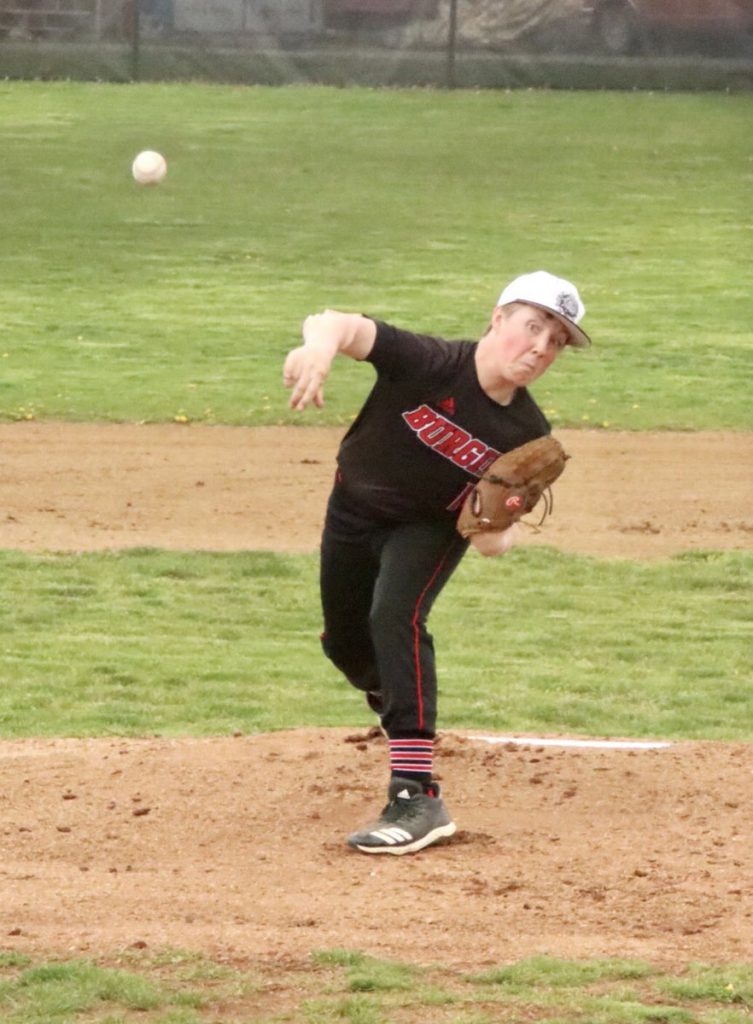 Eighth grader Noah Broce threw a complete game two-hitter in the first game of a doubleheader against Elliott County. (Photo by Arpan Dixit)

After a rain out on Friday, April 5, the Burgin Bulldogs (9-4) returned home for a doubleheader against the Elliott County Lions (2-8), winning both games on Saturday, April 6.

Eighth grader Noah Broce was nominated for Kentucky.com Player of the Week for his performances against the Lions. Information on the poll can be found on twitter (@HLpreps) or Kentucky.com. Voting ends on Friday, April 12 at 12 p.m.

Here is a recap of both games.

Eighth grader Hunter Reed earned the complete game 8-7 win on the mound  after pitching five innings, giving up seven runs on five hits, to go along with five walks and eight strikeouts.

Both Elliott County and Burgin were tied at four after one inning of play.

Reed singled, driving in a run, and that was followed by back-to-back RBI singles by Broce and senior Eli Stratton. Eighth grader David Lynn was hit-by-pitch, also driving in a run in the first.

The Lions took a 5-4 lead in the third inning after Cameron Adams’ RBI-single.

They added another run in the fourth inning off a RBI-double by Isaac Stephens.

The bottom half of the fourth was a big one for Burgin. Reed drove in another run and later scored on a passed ball to make it 6-6. The Bulldogs weren’t done. They tallied two more runs on an error and a balk to take a 8-6 lead.

Elliott County added one run, but Reed was able to close them out and secure the victory.

“We had a chance to blow the game wide open early and failed to do so,” said Head Coach Donnie Edwards. “Credit to Elliott County for taking advantage of our mistakes.”

Those mistakes Edwards is referring to is the eight errors the Bulldogs committed in the field.

“I was proud of the way our team fought back when facing a two-run deficit,” he said. “We faced adversity this past week and it was great to see the guys respond in a big way.”

Broce earned the win on the mound, pitching a strong game and getting plenty of help on offense.

The Bulldogs put the game away early, winning 16-1 over the Lions early Saturday afternoon.

Broce pitched a complete game, going all four innings, giving up one run on two hits, to go with one walk and six strikeouts.

Burgin scored two runs in the second, 11 runs in the third and three runs in the fourth to secure their eighth win of the season.

Sophomore Cameron Nagel led Burgin with three RBI, going 1-for-3 at the plate and scoring one run.

“It was a total team effort in the first game of our doubleheader,” said Edwards. “It all began with Noah (Broce) pitching a great game. That was his fourth win of the season.”

Broce’s four wins ties him for tops in the state.

The Bulldogs will be back on the diamond Saturday, April 13, for the 12th Region All “A” Classic against Washington County. First pitch is set for 11 a.m. 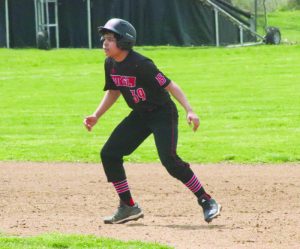 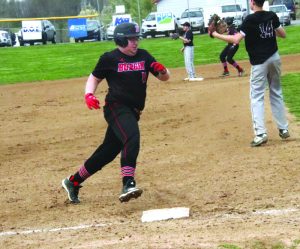 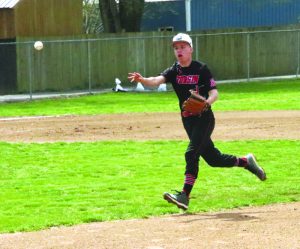 Burgin sophomore Jackson Qualls fields and grounder and throws out a runner at first base against Elliott County on Saturday, April 6. 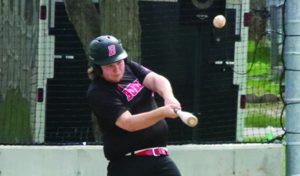 Burgin senior Eli Stratton makes contact before earning a hit against Elliott County on Saturday, April 6. The Bulldogs swept the Lions in both games of a double header.