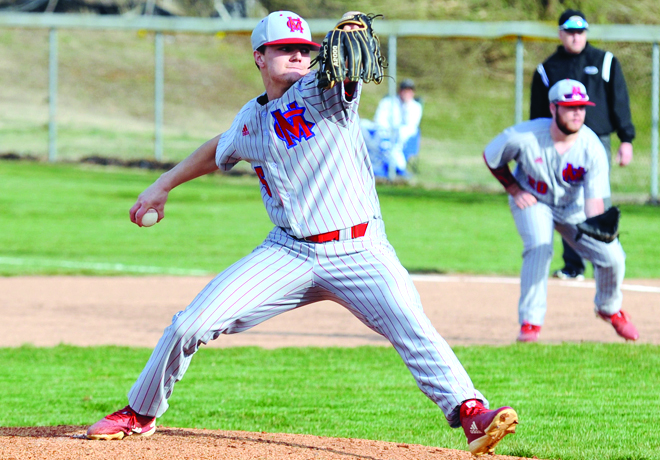 Starting off the season on a good note can set the tone for the rest of the year.

The Mercer County Titans (3-1) baseball team have gained early momentum, winning their first three out of four games to start 2019.

With wins over Anderson County, Marion County and Casey County, the Titans are in good position heading into the second week of the season. Here is a recap of their last two victories.

Freshman Cayden Devine earned his first career varsity win in a 7-0 victory over the Rebels, pitching a full seven innings, giving up no runs on three hits, with five strikeouts.

“Cayden threw as an efficient game as I’ve seen at the high school level,” said Head Coach Adam Shartzer. “He was able to keep them off balance and get ahead in the counts.”

Out of all of Devine’s pitches, 77-percent of them were strikes. That is the winning formula.

“Offensively, we finally had a breakthrough. The entire lineup contributed. It’s good that finally happened for us.”

Junior Mason Smith went 3-for-4 at the plate, with two RBI, including a home run, his first of the season.

Senior Jamason Sherrow had one RBI, as did senior Tanner Murphy, who went 1-for-3.

The last three runs came off errors by Casey County.

Junior Dillon Warren earned his first win of the season in a 5-1 contest against the Knights, pitching five innings, giving up one hit with four strikeouts.

“Dillon pitched a great game. Our defense played extremely well having no errors,” said Shartzer. “It took us a time through the batting order to time up their pitcher, but once we did, we were able to put runs on the board.”

Sophomore Sammy Berger came in for relief, pitching two innings, giving up one run on two hits and struck out four.

Sherrow went 0-for-3, but accounted for one of the two RBI for the Titans after grounding into a fielder’s choice. McGinnis went 2-for-4, accounting for the other on a groundout. The next three runs were off of three Marion County errors.

The Titans will be back on the field on Friday, March 29, when they travel to Gatlinburg to compete in the Smoky Mountain Invitational.

The Titans will take on Cincinnati Country Day at 12 p.m. and Pigeon Forge at 2:30 p.m. on Friday. They will take on Greater Beckley Christian (WV) on Saturday at 11:30 a.m.