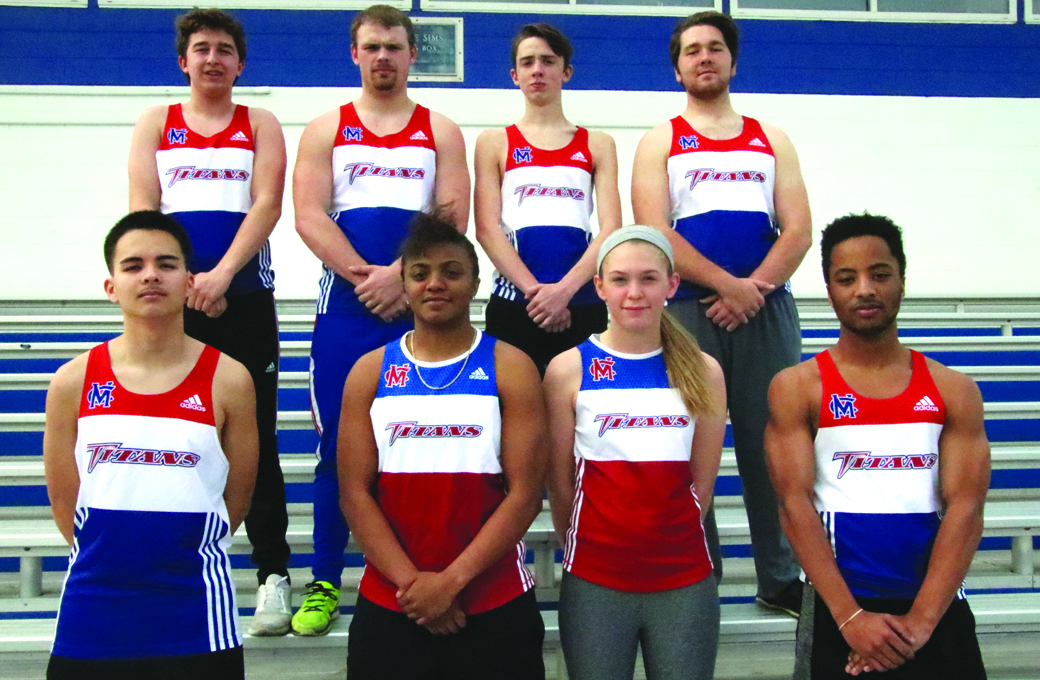 The last three seasons for the Mercer County track and field team have been historic.

This season, the Lady Titans hope to bring home the state title, while the boys, being a little shorthanded, hope to make their name at state as they have done so the past three seasons.

After finishing with their best result ever last season at the state meet, the Lady Titans return two individual state champions mixed with plenty of young talent.

Junior Jasmine Claunch swept the long and triple jump last season and Head Coach Terry Yeast has high hopes for her in 2019. Claunch’s work ethic separates her from a lot of her competition around the state, something Yeast has noticed since Claunch started jumping.

“She’s the hardest working kid that I’ve ever coached in any sport,” said Yeast. “Because of her ability to work hard, she has proven to be the best jumper in Kentucky. I’ve had to tell her from time to time to take a break, but she just keeps going and going. That’s what I love and hate about her. She never wants to take a break. But I wish I had 20 kids like that.”

Sophomore Bella Garrett will return as a long and triple jumper to pair with Claunch.

Junior Zoë Yeast defended her state title in the discus throw, but came second in shot put, an event she won her freshmen year.

“She (Zoë Yeast) loves to be a big contributor to the team and she knows how important those points are, because it’s expected,” said Coach Yeast. “Anything less puts us in jeopardy and that’s very important to her. She’s been working on her spin and is excited to have a big year. The goal for her this year is to be a national qualifier and if she does that, we won’t have any issues with her winning.”

Sophomore Kendall Edelen will also be competing in shot put and discus.

Eighth grader Jai Maria Piazza had a break out season in 2018 and is expected to have an even bigger year in 2019. Last year, Piazza finished second place at the state meet in the 400 meter dash.

Yeast’s daughter, Timberlynn Yeast, is another eighth grader who is expected to make a significant impact. She will be running the 4×400 relay, 4×800 relay and the 400 meter dash.

“She’s only been training for a week prior to our first meet against Boyle,” said Yeast. “If she’s healthy enough, she’ll also be competing in the triple jump, which could be her best event.”

Along with Piazza and Yeast, sophomore Abby Dean and junior Haley Blevins will be competing in the 4×800 relay.

“Our goal is to break the state record this year,” said Coach Yeast.

Yeast, Blevins, sophomore Harlee Settles and freshman Love Mays will have a lot of reps at the 4×400 relay this season.

Settles will be one of the top hurdlers for Mercer County along with senior Aubrey Jones. Mays will also compete in hurdles.

Freshman Charlie Zammit, sophomores Jacey Catlett and Corban Profitt along with junior Joselyn Flores will see a lot of the 4×100 relay throughout the season.

Flores will also be participating in the pole vault.

Smith, Piazza, Catlett and junior Abby Steele will compete for the 4×200 relay.

Angel will also compete in the long jump.

Eighth grader Clayra Darnell will be one of the top distance runners in the 1600 meter run this year along with sophomores Emma Leitenberger and Brianna Wimsatt.

Blevins, another top distance runner, will return in her junior season to compete in the long distance runs, including the 800 meter run.

It’s tough to replace state champions like Aaron Johnson, Mishi Eastlering and Ty Divine, but Yeast said his guys are ready for the challenge. The Titans were shorthanded last year at state, only sending seven athletes, yet still coming in second place is nothing short of impressive.

“When you lose 90-percent of your scoring from last year, you can definitely see this year as sort of a rebuilding year,” said Yeast. “We are young, but one of the things that I’m excited about is seeing the new runners in new events this season. I think we will be really competitive as the year goes on.”

Freshman Allen Derousse will see plenty of reps in the 110 hurdles.

Yulee, Lukitsch, Brown and Lanham will start the year in the 4×100 relay as well.

Smith, Davis and sophomore Austin Tyler will be the athletes running in the 400 meter dash early this Spring.

Senior Carter Edelen will be one of the top jumpers competing in the 300 hurdles for the Titans.

Freshmen Jonah Lewis and Chase Mobley will start out in the 800 meter run.

Yeast explained that lineups aren’t set in stone and will be tinkered with as the season plays out.

Junior Dillon Warren, Brown, Lukitsch, Peavler, Jackson and freshman Matthew Mays will all compete in the 200 meter dash throughout the year.

Mays will also be jumping in the long and triple jump.

Junior Chase Conrad and senior Sam Warren will compete in distance running early this season, mainly in the 1600 and 3200 meter runs.

Warren, along with senior Blake Russell will be the top throwers for the Titans in the shot put and discus. Sophomore Blake Brown and freshman Hunter Kidd will also be throwing.

Mercer County girls and boys track will compete again this Saturday, March 30, at the Pulaski County Invite in Somerset. The meet begins at 10 a.m.