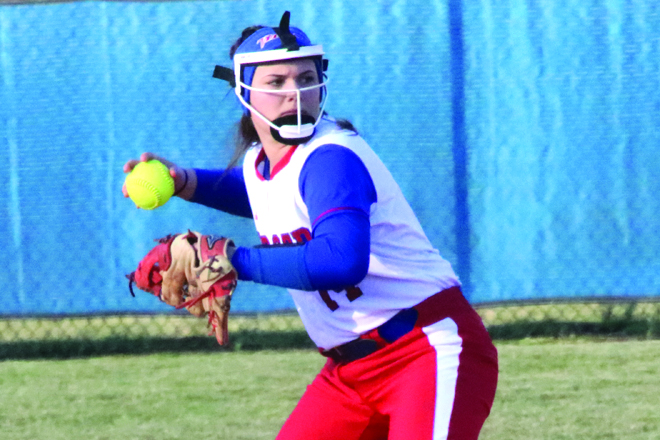 After two straight losses, the Lady Titans got back in the win column against the Lady Colonels.

Sophomore Stevie Shepherd led the Lady Titans in RBI with three, going 2-for-4 and scoring one run.

Mercer County jumped out to an early 8-0 lead after three innings of play and coasted from there. Whitley County scored three runs in the top of the six inning, but it was too late to stage a comeback.

Senior Emily Rawlings was 2-for-4 with 2 RBI and three runs scored.

The Bearettes got the best of the Lady Titans on an early Saturday afternoon by a final score of 16-5.

White took the loss for Mercer County, pitching three and one thirds innings, giving up nine runs on seven hits, to go with one strikeout.

Rawlings went 2-for-4 with one RBI. Freshman Elle Prewitt went 1-for-4 with 1 RBI. Mercer County’s other two RBI came off Butler errors.

Butler jumped out to an early lead before the Lady Titans were able to score some runs. Heading into the top of the seventh inning was when the Bearettes blew the game open, scoring five runs in the inning to secure the win.

In a 10-inning marathon that lasted almost four hours, the Lady Titans dropped a contest to the Lady Flyers by a score of 12-9.

Mercer County started off hot, jumping out to a 6-0 lead after two innings, but the next two innings saw Franklin County tie the game up.

In the bottom half of the fourth inning, Mercer County went back up 9-6 after scoring three, but didn’t score again. The Lady Flyers scored one run each in the fifth, sixth and seventh to tie the game at nine.

After a few scoreless extra innings, Franklin County opened the game up, scoring three in the 10th inning to secure the win.

Rawlings, Shepherd, Miller and Freeman drove in one RBI each. Mercer County’s last three runs came off errors and a bases loaded walk. 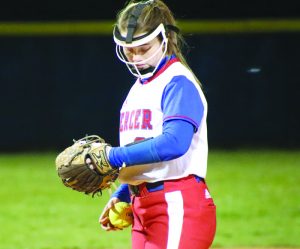 Mercer County junior pitcher Kynleigh Miller looks at her play sheet against Franklin County on Friday, March 22. Miller came in for relief in the Lady Titans’ 12-9 loss to the Lady Flyers. 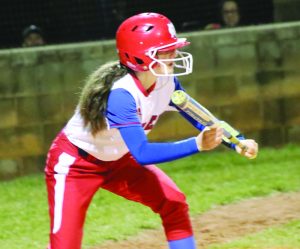