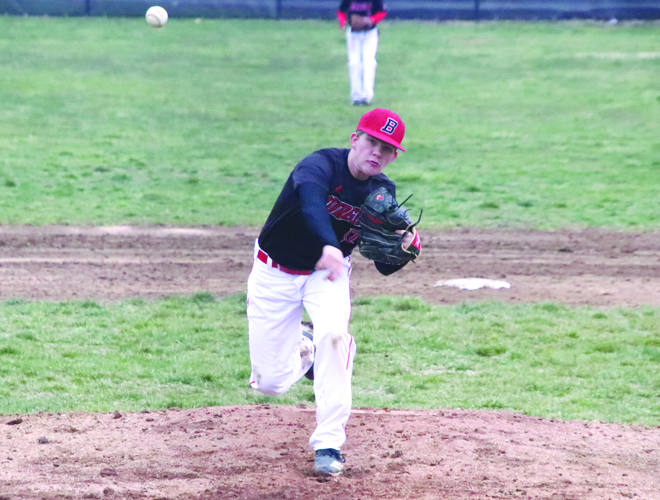 They’ve reeled off three wins in their first five games heading into the second week of the season.

Eighth grader Noah Broce earned his first win of the season against the Eagles in a high scoring 18-8 game, pitching three innings, giving up four runs on five hits, to go with five strikeouts.

Eight grader Hunter Reed had himself a day at the dish. Reed went 2-for-2, scoring two runs and had a team-leading five RBI.

Broce and sophomore Skylar Logan drove in one RBI each.

“We came out and played well really early, jumped up quickly and started coasting a little,” said Head Coach Donnie Edwards. “We have to become better at putting teams away once we build a lead.”

The Bulldogs jumped out 8-0, but Fort Knox scored five in the top of the fourth to make it a ball game. The Bulldogs bats finished the job in the final two innings to secure the win. Despite the double-digit win, the Bulldogs committed 10 errors.

“We have to cut down on the number of errors we are making. I’m very pleased with our pitching to this point,” said Edwards. “Our team speed has been a real plus on the base paths as well. We just have to continue to put the work in to get better as a group.”

Freshman John Boursaw took the loss for Burgin against the Bulldogs of Clinton County, pitching four and one thirds innings, giving up five runs on 10 hits, while striking out four.

The battle of the Bulldogs went to Clinton County by a final score of 5-3.

“We got behind early, but fought back to come within two, but we came up short” said Edwards. “Despite the loss, I’m proud of the way we fought back.”

Reed earned a complete game victory over Lynn Camp in a 6-3 win for the Bulldogs. He pitched all six innings, giving up three runs on three hits, with nine strikeouts.

Reed also drove in one RBI at the plate. Broce led Burgin in RBI with two, going 2-for-2. Sophomore Cameron Nagel drove in the other run, going 1-for-2 while also scoring two runs.

“We just have to finish games. We jumped out to a six-run lead on them and sort of lost our edge at the plate a little bit and we got too relaxed and when you relax, you let teams back in it,” said Edwards. “But we gritted it out, we battled through the end. Hunter (Reed) did an outstanding job on the hill. That’s one of the best outings I’ve seen him have. I was really pleased with the pitching.”

Burgin will be back on the diamond today, Thursday, March 28, when they travel to Lynn Camp to take on the Wildcats again at 6 p.m. 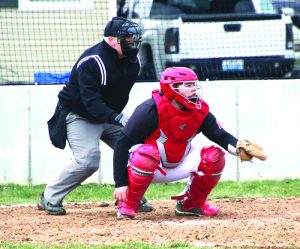 Burgin senior Eli Stratton catches a game against Lynn Camp on Thursday, March 21. This is Stratton’s first year catching at the varsity level for the Bulldogs. 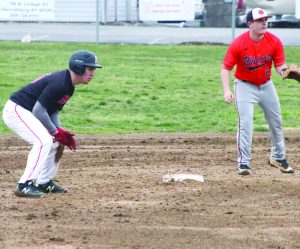 Burgin sophomore Cameron Nagel leads off second base against Lynn Camp on Thursday, March 21. The Bulldogs defeated the Wildcats 6-3.