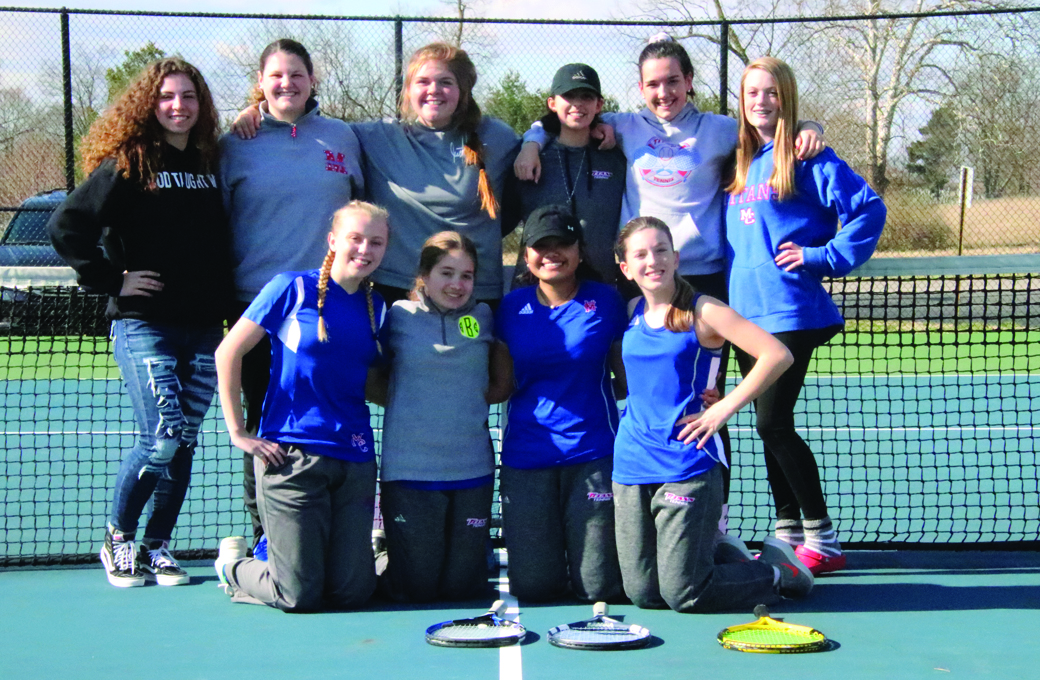 After winning their first 12th Region title since 2012 last season, the Lady Titans tennis program is in a good place.

They had one senior last season and return everyone else from last season’s region championship team.

Caton said the Lady Titans are primed and ready to make another run at the region title.

“Last year, at the end of the year, we talked about how they all had to work hard in the offseason. And I know out of the 10 girls we have, more than half of them took some sort of private lessons throughout the offseason,” said Caton. “I think it’s really shown the way that they’ve been playing so far this Spring.”

Sophomore Rebekah Trent took home the singles titles last season in a marathon match against Boyle County’s Mia Kendrick and is the favorite to win the title again this year. She returns as Mercer County’s number one singles player.

Although Caton said a permanent lineup hasn’t been set, it will play out as the season goes on.

Junior Kiersten Bryant and senior Gracie Caton will be the number one doubles team for Merecr County  in 2019.

Bryant and sophomore Ania Boutin made it to the region semifinals last season, which automatically qualified them for state.

Boutin and junior Reagan Long will be the number two doubles team.

Last season, more than half of Mercer County’s matches were played on the road. This season is much different. 11 of the 15 matches they will play this season will be at home, much to the delight of the coaches and team.

“For selfish reasons, I’m glad we are playing a lot of home games. The families of the girls are glad as well,” said Caton. “But I really think being on the road a lot last year prepared us for the regional tournament. We got used to getting on the bus as a team, getting off as a team and had a set routine to go through. But, it’s good to have some home matches this year for sure.”

Listed below is the full roster for Lady Titan tennis.

As Caton mentioned, the rest of the seeds for the Lady Titans will play out.

Murray, Li, Barnett, Dunn and King will all be battling for the rest of the single spots including doubles.

“We did do more offseason conditioning this year. We started in January whereas last year we waited until the middle of February,” said Caton.

Lyons and Caton weren’t named coaches until the mid-February last year so getting conditioning done early was a plus for the Lady Titans.

“The girls are hungry, If they had their way, we’d be here everyday,” said Caton. “They enjoy being together and they want to be together. They are just really hungry this year to come out and have the same success we had last season and make a run for another region championship.”

The Lady Titans are 3-0 so far and have defeated East Jessamine, Casey County and Rockcastle County.

Their next match will be at Wayne County today, Thursday, March 28.