Seniors Looking To Get Back To Region, Earn No. 1 Seed In District 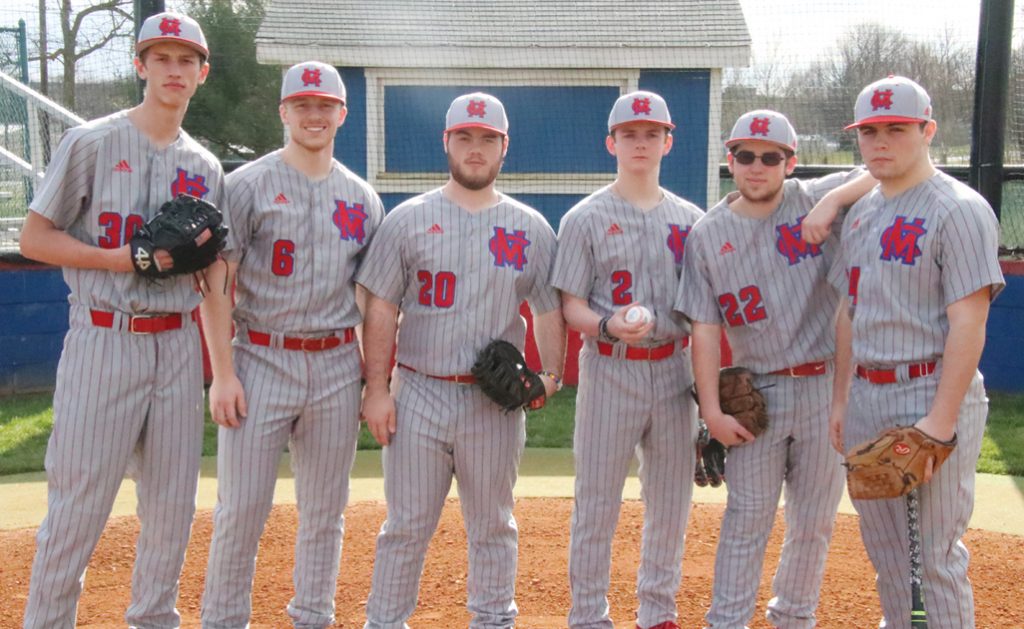 The season didn’t end how the Mercer County Titan baseball team wanted it to end last season, but the beauty of baseball is that a new season means new opportunities.

After last year’s loss to East Jessamine in the first round of district play, Head Coach Adam Shartzer has high expectations for 2019.

Sharzter, in his third season, said one of his team’s main goals is to lock up the number one seed in the district, something the Titans haven’t done since the 2011 season.

“Last year is not something we bring up a whole lot. We just have to go out there and play our game,” said Shartzer. “Our ultimate goal right now is getting that one seed in the district. Once district tournament time gets here, then we’ll move on to our next goal.”

“Our seniors are holding the younger guys accountable. We’ll be doing drills and working on team defense, and our seniors will offer the others guys tips and encouragement,” said Shartzer. “It’s a really good thing to have. It’s good to have that experience coming back.”

“We’re a lot more positive. That was my whole goal going into this season,” said Shartzer. “Instead of harping on the negatives, hype up the positives. We want to make baseball fun. We’re going to have a good time doing it, but we’re going to get our work in and do things the right way. Your first couple years, all you think about is winning. You’re developing young men and giving them an opportunity to learn life lessons after high school.”

Outside of the seniors, the rest of the Titan roster is listed below.

Listed below is a breakdown of each position, impact players and pitching staff for the upcoming year. Shartzer will tinker with lineups throughout the season in terms of batting order.

“When it  comes to Mason (Smith), Dillon (Warren) and Josh (Barnett), I’d be comfortable with those guys any day of the week against any team in the state,” said Shartzer.

Last season, Smith started nine games, going 3-4 with a 3.36 ERA and 35 strikeouts. Barnett started six games, going 1-2 with 30 strikeouts. Warren started only once, mainly operating out of the bullpen, going 101 with 16 strikeouts.

All three of those upperclassmen are expected to lead the pitching staff this season.

McGinnis, Baughman and Sammy Berger will also see plenty of time on the mound.

“Both Sam (Baughman) and Landon (McGinnis) have grown and matured, put on good weight and picked up some good velocity on their pitches,” said Shartzer. “And Sammy (Berger) is a lefty and put on a bunch of muscle in the offseason. Coming from soccer, he’s grown a couple inches. It’s good to have another lefty on the mound.”

Devine, only a freshman, is someone to watch out for on the mound.

“He’s going to be one to look out for. I think he can sneak in and get a spot in the rotation some time this season,” said Shartzer.

The Titans are looking to replace one of their veteran leaders from last season and a multiple year starter in Hunter Armstrong, but Shartzer is excited for the opportunity to get young guys behind the plate. One of those is freshman Aaron Caton.

“We got comfortable having Hunter (Armstrong) back there the past three years. You kind of take that for granted, then all of a sudden somebody else comes along,” said Shartzer. “But we’ve had the opportunity to work with Aaron (Caton) through basketball  season a little bit with a couple work outs here and there. He’s caught some good bullpen sessions for us, and we understand that there may be some trial and error with it, but I told him we’re going to stay positive because you’re going to get better over the course of four years. The physicality of the game will make it tough, but he’ll have all the support in the world.The guys have been nothing but encouraging to him.”

Junior Tyler Stephens would have been competing for a spot behind the plate, but an arm injury will cost him his junior season. Stephens is expected to make a full recovery and be ready to go his senior year.

Alex Caton, Tatum and Purdom will all see time on the right corner this year.

“We’ve had conversations with all of them about not looking at it as a competition where you hate the other person,” said Shartzer. “They have to push each other to be the best that they can be. You’re all going to get your shot, we’re going to go with what works, but you can’t be one to hang your head about it. We’re going to pick our spots with them and we want to put the best nine out there. But, there will definitely be a role for all three of those guys.”

Tatum missed his junior season due to Tommy John surgery and made his way back to have a successful basketball season. Shartzer said Tatum is excited to be back on the diamond.

“Depending on who we have pitching, a lot of different guys can see time,” said Shartzer.

Baughman, Dillon Warren, and Goodlett are expected to utilize their versatility and compete for spots around the infield.

“It all depends on the match up. We’re going to go with who has the hot hand.

Warren is the most experienced out of the three, being a junior, and boasted an .852 fielding percentage last season with 29 put-outs, including turning five double plays. He also batted .268 last year with 23 RBI and 11 runs scored. He is expected to be one of the top contributors for Mercer baseball this season.

As Shartzer said before, many different players will be competing for spots in the infield depending on who is on the mound, but if he is not pitching, this spot belongs to Mason Smith.

“Physically, I think he’s grown and put on some good muscle. He’s starting to take care of his body a little bit more and understand that talent is going to get you so far, he’s putting in the work with it,” said Shartzer. “More importantly, he’s stepping up to be a leader. Just being an upperclassmen, last year he might have felt a little shy around all those seniors, but he’s being a vocal leader this year and teaching the young guys.”

When Smith is on the mound, Dillon Warren, Baughman, Goodlett and Devine will all compete for shortstop.

“It’s just a matter of feel, you know, if we can continue to get those younger guys experience, we definitely want to do that,” said Shartzer.

“As I said earlier, depending on who is pitching, we’re going to look at Landon (McGinnis) and Tanner (Murphy) at third,” said Shartzer. “You know, Murph is a senior and has been going back and forth between infield and outfield. He’s got good fundamentals. He and Landon are both guys we trust to have out there working that corner.”

Sherrow has experience at third base as well and will work the corner if called upon.

Cameron Warren, Sherrow, Goodlett, Berger, Dillon Warren and Baughman are all expected to mound the outfield in 2019 for Mercer County.

“Cameron (Warren), once he gets out there, is one of the better center fielders in the region defensively,” said Shartzer. “He’s a smart baseball player, has worked on his swing this offseason and getting more aggressive at the plate.”

Sherrow is known for his strong arm and is a threat for many outfield assists.

“Jamo played a really good right field for us last year. He can cover some ground out there and throw some people out,” said Shartzer.

Dillon Warren, when not playing infield or pitching, is versatile enough to take his talents to the outfield.

“You can put him anywhere and he’s going to bust his butt to do whatever it takes to help the team out,” said Shartzer.

Having versatility in baseball is a luxury at the high school level, and Shartzer plans to take full advantage of that with his roster.

“I told the guys, we want you to make it hard to fill out a lineup card for us,” he said. “It allows us to get some guys some days off and get some much needed rest, which is pivotal in baseball. We’ve got a full schedule, but if we can sneak in a few days of rest in there, we’re going to try and get that done as well.”

“You get to see how the game is played in different regions. It’s neat talking to different coaches from different states. What they do, what their weather situations are and see how they prepare,” said Shartzer. “It’s kind of like a pick your brain session.”

“We’ve got high expectations. Every year, we want to be that number one seed in the district. We haven’t done that in a while and it’s one thing that we’re shooting for,” he said. “I think our region is absolutely stacked this year with teams loaded with talent. I like where we are and people are sleeping on us again. A lot of people don’t realize what you bring back.”

Danville, Boyle County and Southwestern were the top three teams in the region last year and Shartzer expects those teams to be the top competition for the Titans in 2019.

“Boyle County has won region the past two years and I think it’s their region until somebody takes it from them,” he said. “Danville has some good young talent as does Southwestern, returning all but one starter. We don’t have them on the schedule due to scheduling conflicts, but they will be there when region time comes around.”

For Vaught’s Views and other great sports stories, check out this week’s issue of the Harrodsburg Herald.