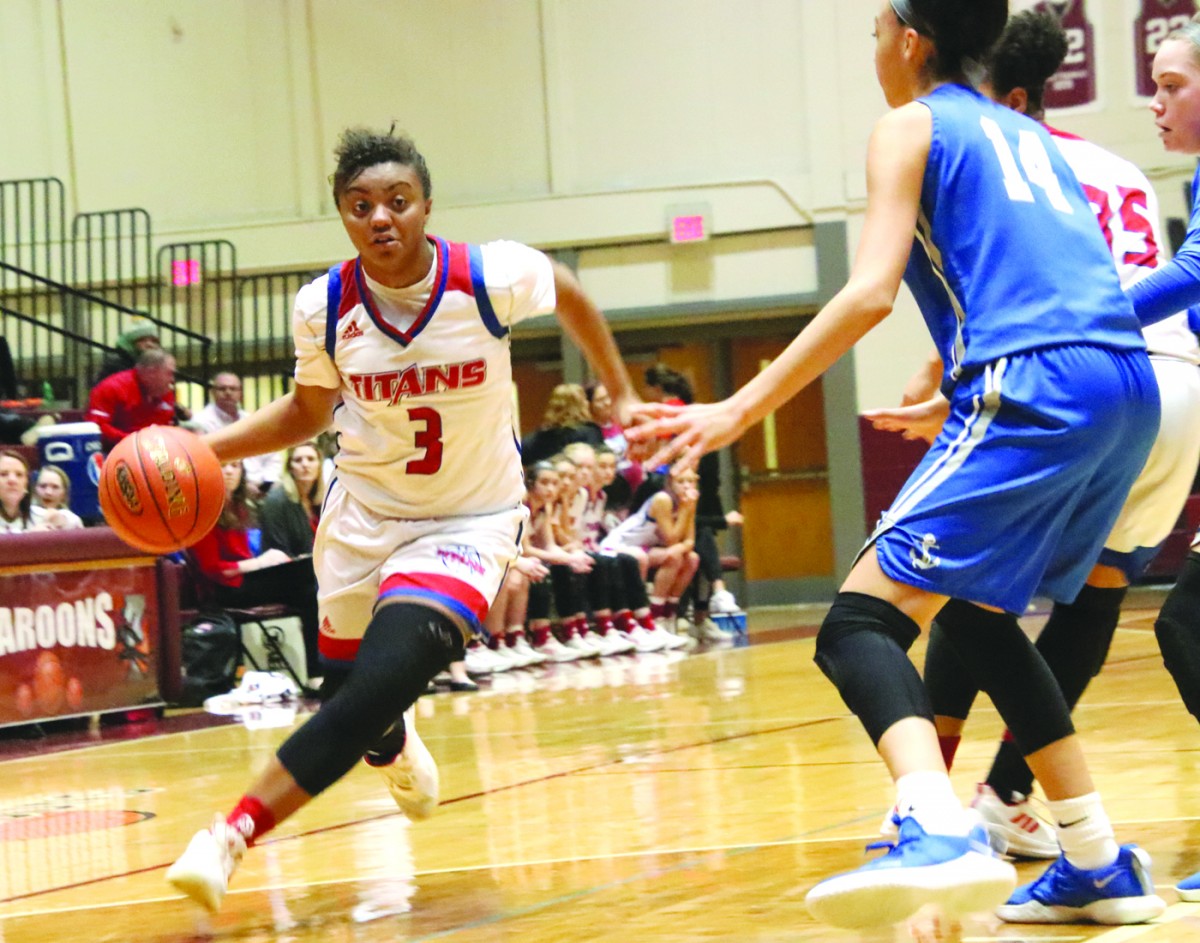 Mercer County senior Toni McCombs (3) drives to the basket from the top of the key against Danville in the first round of the 12th Region Tournament on Thursday, Feb. 28. The Lady Titans were defeated 72-57 by the Lady Admirals. (Photo by Arpan Dixit)

“Major kudos to Ivy (Turner). Other than Boyd County’s Savannah Wheeler, I don’t know that I have seen another high school player that can score like her. It’s unreal,” said Spivey. “I thought there was a few times where we actually played good defense on her, and the girl can just flat out score. I’ve never seen anything like it. And we prepared for that. Our gameplan was to not let her get 40, and she got what, 43? All the credit goes to her. It helps when you have the best player on the floor and Danville had that tonight.”

After junior Calicia Smith’s floater to open the game, Danville went on a 14-4 run in the next four minutes to take control of the game and finished the first quarter with a 20-9 lead.

“We just had to get stops, you can’t just keep playing them even,” said Spivey. “I told the girls that we were finally scoring, but you’re just letting them score. It’s going to continue being an 18-point lead if you don’t get stops.”

After a quick 6-0 run to start the second half by Yeast, Danville responded with six points of their own.

Lewis rebounded her own miss and layed it back in for two to cut the Danville lead to 12, 55-43, with 40 seconds left in the third quarter. Unfortunately for the Lady Titans, the Lady Admirals scored five points in the last 40 seconds, which included a buzzer-beating lay in by Turner to make the score 60-43 heading into the final period of play.

Danville was able to close the game out and advance to the next round.

“I thought that our girls had the right mindset going in, but sometimes the ball just doesn’t swing your way. When you’ve got a player that’s going for 40 plus points, it’s hard to compete with that.”

Spivey talked about the impact of her two seniors, McCombs and Makenzie Burns.

“It’s little bit more special for me because it’s my first group of seniors. I told them after the game that they are going to go on and do much bigger and better things than high school basketball,” said Spivey. “Makenzie (Burns) is really intelligent and will go on to be super successful. Toni (McCombs) is going to go on and play basketball at the next level. She hasn’t even peaked yet as a player. Both of them are the most selfless type of players that you could ever ask for.”

McCombs transferred in from Knox Central High School after her sophomore year and was able to help the Lady Titans win a state championship last season. Burns battled injuries throughout her career, but got healthy, and was able to play her final season as a Lady Titan. 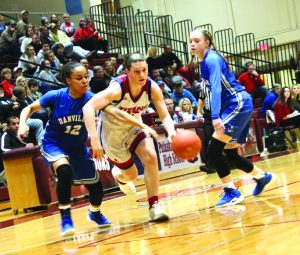 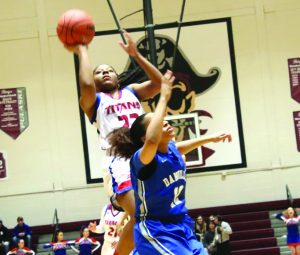 Mercer County junior Calicia Smith shoots a floater over Danville’s Ivy Turner to start the game. Danville def. Mercer County in the first round of region play on Thursday, Feb. 28. 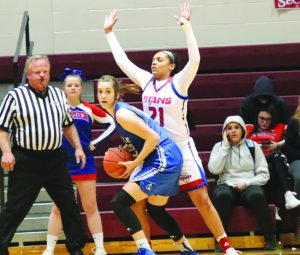 Mercer County junior Channing Lewis puts her hands up to avoid a foul against Danville in the first round of the 12th Region Tournament on Thursday, Feb. 28.