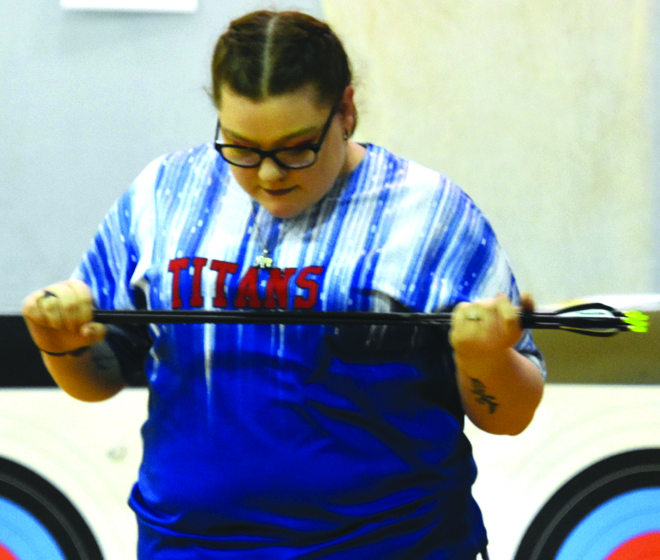 Mercer County Archery competed in their final home meet of the season on Saturday, March 2.

The Titans placed fourth overall in a stacked compeition.

Senior Ryan Rivera was the last Titan in the top 10, scoring 283, placing ninth.

“We are ranked the highest we have ever been in the postseason,” said Head Coach Eric Miller. “I think with some rest and getting our health back, we have a great shot at state. So we hit it hard this week to make a strong push for state in Bowling Green.”

The archery team also honored their seniors prior to the competition.

“I just state how proud I am of our seniors. They have worked so hard in school, out of school and for this team. It’s a great time to be a Titan,” said Miller.

The Titans will be back on the range at the regional tournament at Wayne County on Saturday, March 9.