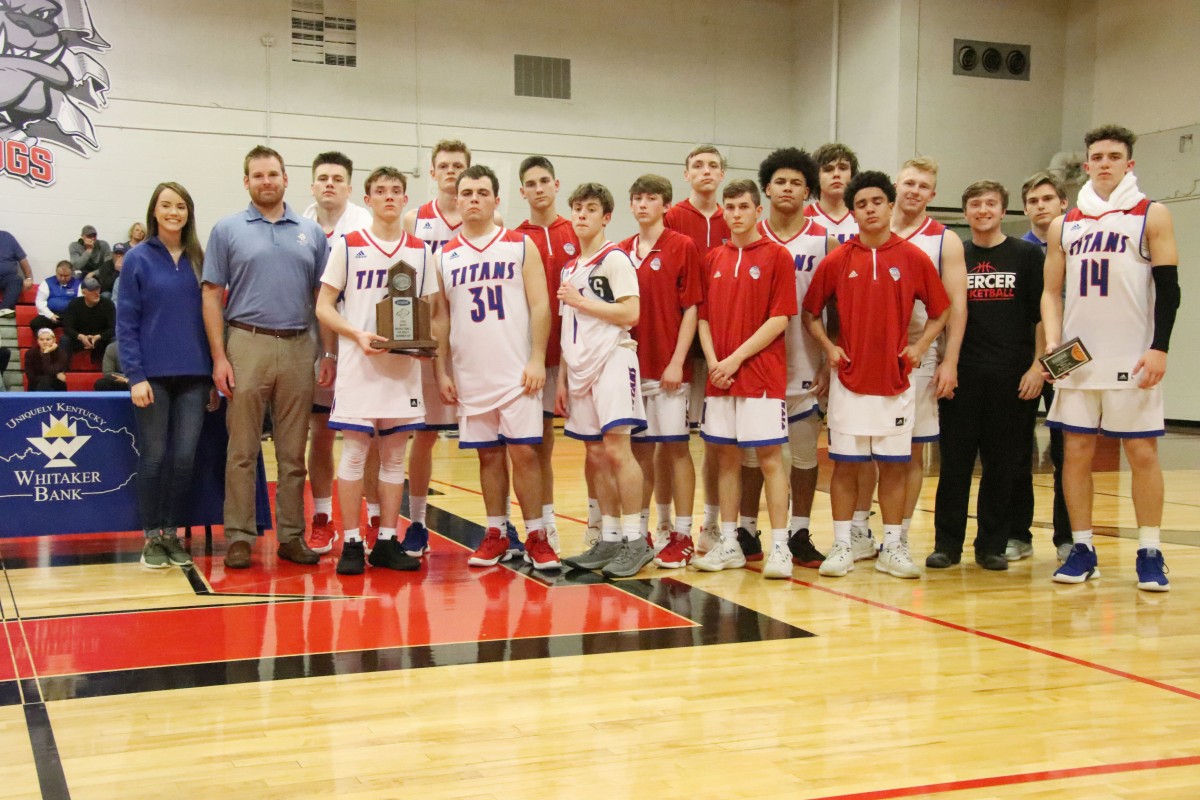 The Mercer County Titans are pictured with their runner-up trophy from the 46th District Tournament on Thursday, Feb. 21, against West Jessamine. (Photo by Arpan Dixit)

After meeting for the fifth year in a row for the 46th District title, the West Jessamine Colts (16-12) defeated the Mercer County Titans (18-11) by a final score of 86-67, to end the Titans’ run of four straight district titles on Thursday, Feb. 21, in Burgin.

Burgin senior Cameron Hurst was also named to the All-Tournament team following the conclusion of the game.

Baughman was the top scorer for the Titans, scoring 21 points. Drakeford was right behind him with 20 points while also earning a team-high 12 rebounds. Senior Nathan Tatum was the last Titan in double figures with 13 points to go along with a team-high three steals.

The game couldn’t have gotten off to a worse start for Mercer County as West Jessamine came out strong and held a 15-6 lead with 3:44 left in the first quarter. The Colts ended up taking a 14-point lead after one quarter of play.

Enter the 12th Region Player of the Year, Carter Baughman. The point guard scored 18 of his 21 points in the second quarter to bring Mercer County back from an early double-digit deficit.

Junior Jamisen Lewis hit a jumper to cut the Colt lead to four, and stole the ball and assisted to Baughman on a triple to make it 36-35 West just minutes before halftime.

Drakeford and Tatum scored the first four points of the second half, but the Colts went on a 17-8 run to end the third quarter and regain the double-digit lead they had earlier in the game.

Bruner, Stepp and Braeden Fomas extended West Jessamine’s lead in the fourth and closed out the game to capture their first district title since 2013.

Bruner, Stepp and Fomas were also named to the All-Tournament Team. 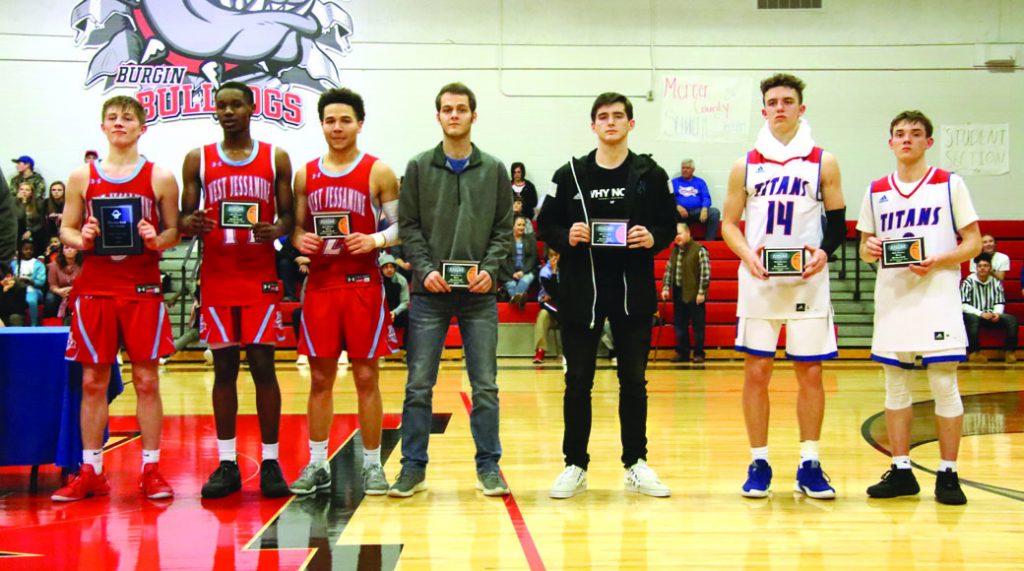