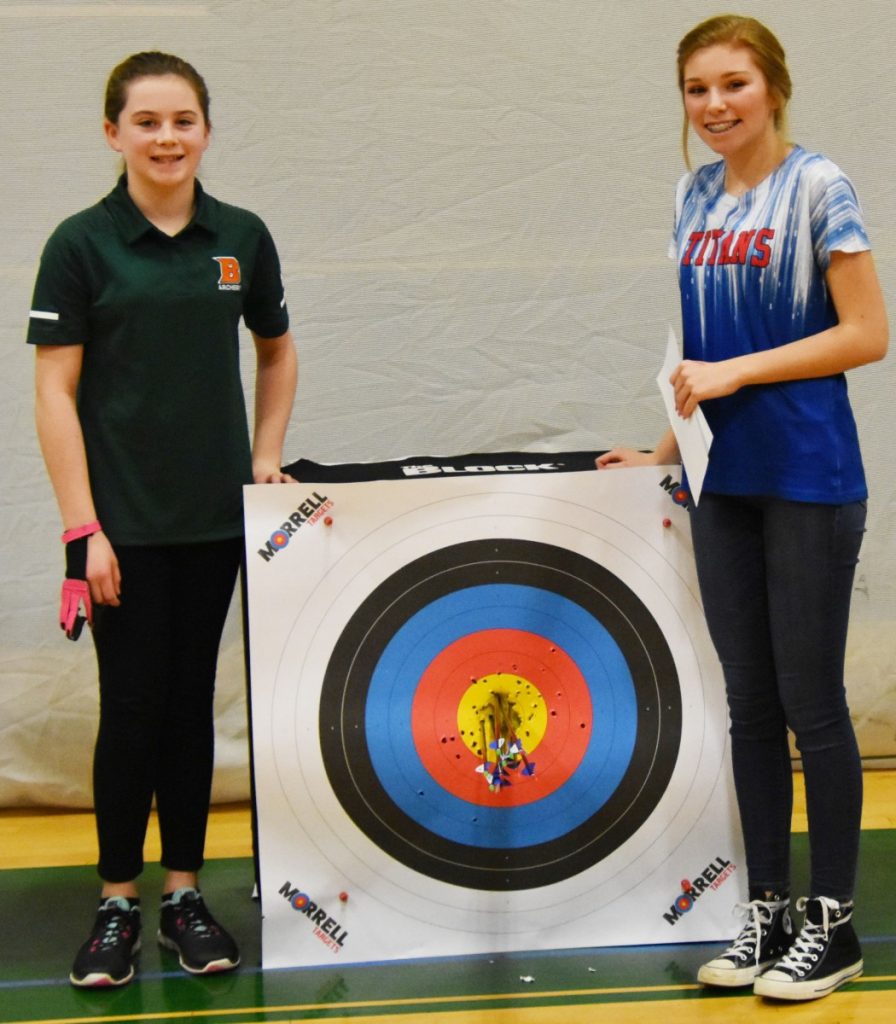 Junior Bailey Robinson and her lane partner, Ballyshannon’s Ava Finke, are pictured with their target after shooting a perfect 50 in the last round. (Photo by Arpan Dixit)

The Mercer County Archery Titans competed at the 2019 Northern Kentucky Nockdown on Saturday, Feb. 23, in Georgetown, and placed second overall.

Junior Bailey Robinson, who has been the most consistent Titan all season long, came in first place among females with a score of 292 out of 300.

Senior Austin Butts was the high male shooter for Mercer County,  with a score of 284, placing sixth among males.

“I thought as a whole, the team did great. Although we did take a step back with a couple of our veteran shooters floating some arrows, we also had a lot of kids step it up with personal bests,” said Head Coach Eric Miller.

The Titans will be competing at the Mercer County Titans Pre-State Warm-Up Tournament on Saturday, March 2.

“We need to head into this weekend’s home state warm-up more focused and determined,” said Miller. “We have KHSAA regionals and then the NASP State Tournament back-to-back weeks after our home tournament, and mentally, that can be tough. As I preach to these kids, we move forward one arrow at a time. We just need to stay focused and believe in ourselves as well as each other.”