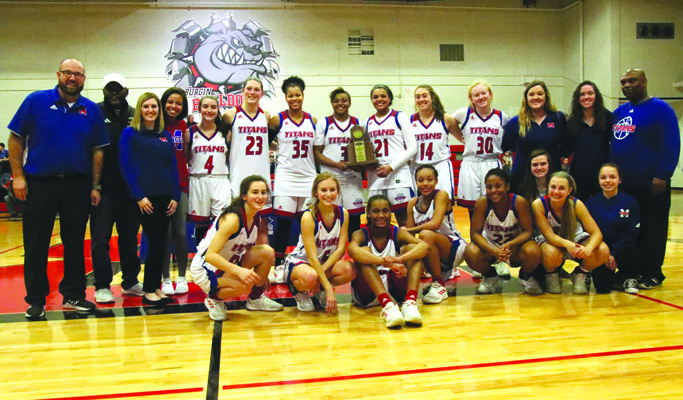 Burgin freshman Ellie Jenkins was the lone Lady Bulldog to be named to the All-Tournament Team.

Here is a recap of Mercer County’s district tournament.

The Lady Titans haven’t lost a district game since 2008, and that historic streak continued on Friday night.

They controlled the game from start to finish on their way to another district title.

After being tied at seven with four minutes left in the first, the Lady Titans ended the quarter on a 12-0 run to go up 19-7.

Timberlynn Yeast had her self a ball game. She took home MVP honors with 23 points, six rebounds and three steals.

“She’s just an unreal athlete. The most impressive thing for her is that she’s been that consistent all year,” said Head Coach Hayley Spivey. “She just has the ability on the offensive and defensive end to just make things happen.”

McCombs didn’t score near her average, but hauled in 10 boards to lead Mercer County in that department. Lewis was a stat-sheet stuffer with seven points, seven rebounds, three assists, three steals and two blocks.

“I think it’s a really big statement for our girls. This is a new team we have this year so for them to be able to win the district was really a big step for us heading into region,” said Spivey. “I told the girls before the game to never take anything for granted. There is not many teams that can say they’ve dominated the district for 11 straight years.”

Players who didn’t score still made an impact.

“That’s what we need. If we can have eight or nine that contribute, that’s huge for us,” said Spivey. “And that’s a good thing for me as well because that gives me options to throw people in when I need.”

Jermyra Christian led the Jaguars in scoring with 10 points.

The Lady Titans defeated the Lady Bulldogs by a final score of 71-20 in the first round of the 46th District Tournament on Wednesday, Feb. 20, at Burgin.

Burns led the way for the Lady Titans scoring a game-high 12 points. Jessie was right behind her with 12 points and was tied for a team-high in rebounds with seven. Mays pitched in 10 points and two assists and Lewis was the last Lady Titan in double figures with 10 points to go with seven rebounds.

Freshman Brynn Simpson was the top rebounder for the Lady Bulldogs with eight boards. 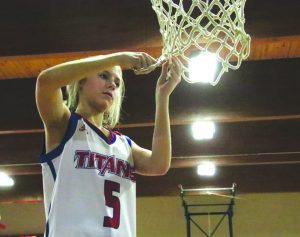 Senior Makenzie Burns was the first to climb the ladder and cut down the nets after the Lady Titans defeated East Jessamine to claim the 46th District. 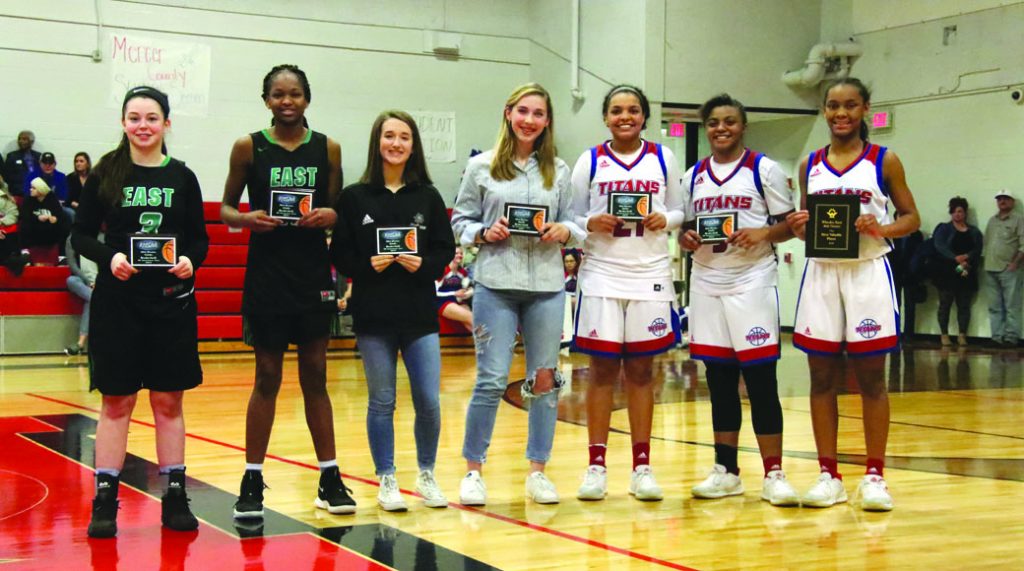 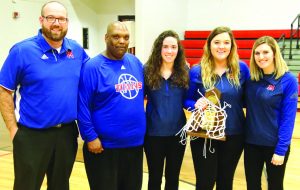