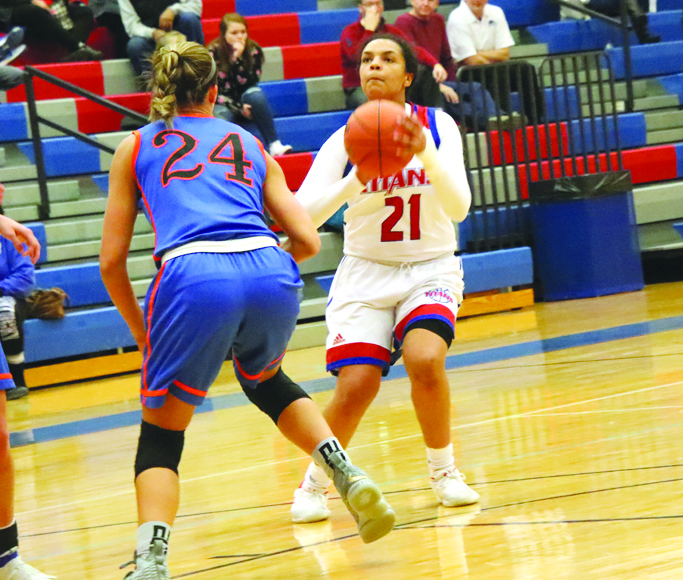 Junior Channing Lewis shoots a jumper against Southwestern on Friday, Feb. 15. Lewis finished with 11 points in the loss. (Photo by Arpan Dixit)

“We have two big weeks of postseason basketball coming up, our goal stays the same,” said Head Coach Hayley Spivey. “A region championship is right there for us an we have to come back after two losses and be ready to work.”

Eighth grader Timberlynn Yeast led Mercer County in scoring and rebounding, with a game-high 18 points and eight rebounds. Yeast also had four steals to add to her stat line.

Senior Toni McCombs and junior Channing Lewis each scored 11 points. Regi Cundiff was the top scorer for Southwestern with a team-high 16 points. Kennedy Harris was the other Warrior in double-figures with 13 points.

The Lady Titans were up by six, 16-10, at the end of the first quarter.  The second quarter was a different story.

The Warriors outscored Mercer County 24-4 to take a commanding 14-point lead into the locker room.

Timberlynn Yeast’s and-1 with two minutes left in the third cut the Southwestern lead to 15.  Lewis hit a three-pointer late in the fourth to force a Southwestern timeout, but the game was well in hand at that point. Spivey said confidence is key heading into win or go home games. “We have shot a lot the past three days. That’s one of the biggest things for us going forward. We need to be confident and hit some outside shots. Sometimes you just have one of those games.”

The Lady Titans wento 1-for-15 from beyond the arc and missed 23 shots in the paint.

Spivey looked ahead to the district tournament.

“The biggest thing for us is to continue to play our style of basketball. We won’t change what we do in that aspect,” she said. “Our first district game will give us a chance to work on some different things and different rotations.” 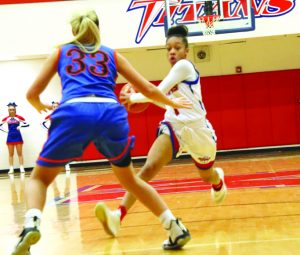 Mercer County freshman Love Mays does the euro-step on her way to the basket against Southwestern on Friday, Feb. 15. 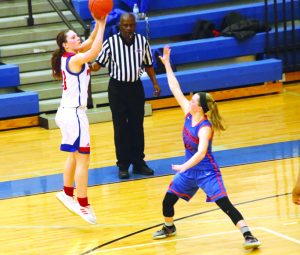 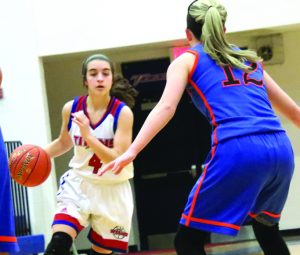 Mercer County eighth grader Anna Kate Drakeford stares down her opponent on the fast break against Southwestern on Friday, Feb. 15.