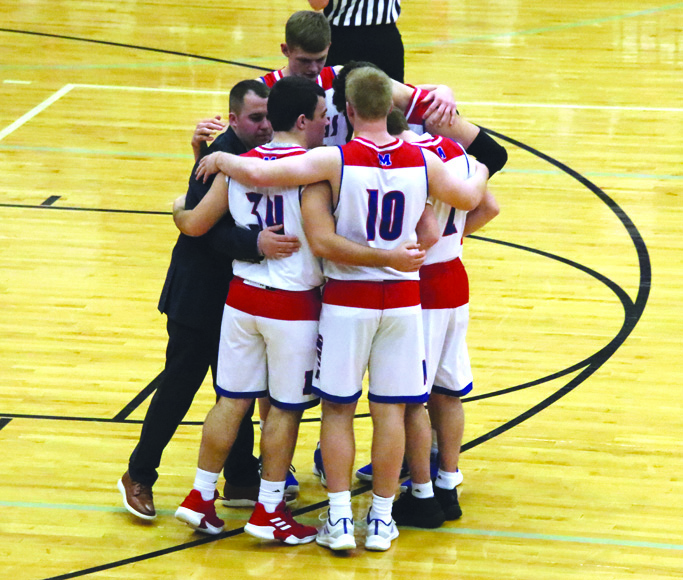 The final regular season game for the Mercer County Titans was played on Monday, Feb. 11, in a 79-75 win over Madison Southern.

Prior to Monday’s win, the Titans defeated Adair County and dropped two games to Casey County and Lincoln County.

With the win over Madison Southern, the Titans improve their record to 18-10, 9-6 in region play. They finish the regular season with a 4-1 district record to earn a No. 1 seed in the upcoming district tournament.

Here is a recap of their last three contests.

After defeating Adair County, the Titans defeated the Eagles (15-13) in a close affair.

Senior Carter Baughman led the way with 30 points in his final regular season game of his high school career.

“We addressed effort, unselfishness and playing team basketball after the Casey County loss,” said Head Coach Josh Hamlin. “When we do those three things to our standard, we have a chance to play pretty well. Out effort was on par where we were during our recent winning streak. The quick turnaround gave our guys as opportunity to forget the previous two losses and get back in the gym and just play the way we are capable of. It was nice seeing the guys smile and have fun after a hard week.”

In the last regular season region game for the Titans (16-9), the Rebels spoiled senior night with a 73-60 victory on Friday, Feb. 8.

Baughman led the way with a team-high 22 points and senior Nathan Tatum added 17 points, while going 8-for-12 at the charity stripe.

The Rebels were led by one of the top scorers in the region, Max Reyes, who scored a game-high 24 points on 44-percent shooting. Spencer Baird contributed 22 points for the Rebels.

“It was a very disappointing effort. We had a good day of practice the day before, but it didn’t translate into Friday,” said Hamlin. “It felt like we allowed Tuesday’s loss at Lincoln carry over into this game. We lost our identity and had to play the comeback game the whole entire time.”

The Titans and Rebels were tied after one quarter, but Casey led by double-digits after the next two.

“Last year, we had some similar performance in our last two games of the season, but escaped with wins,” he said. “This might have been the best thing for us to get re-centered and show us that a bad, off performance in a couple weeks can send you home for the year.”

Junior Jamisen Lewis’ bucket with four minutes to play cut the Rebel lead to 10, but they answered with a quick 5-0 run to extend it back to 15 with just under three minutes to play.

The Titans got it back within eight after senior Luke Dean’s triple, but the Rebels hit free throws down the stretch to secure the win.

The Titans will be back on the court on Monday, Feb. 18, for the first round of the 46th District Tournament against Burgin at Burgin. Tip-off is set for 6:30 p.m. 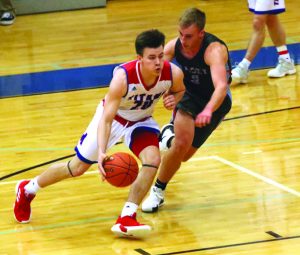 Mercer County junior Trey Price uses his off-hand to drive to the rim against Casey County on Friday, Feb. 8. (Photo by Arpan Dixit) 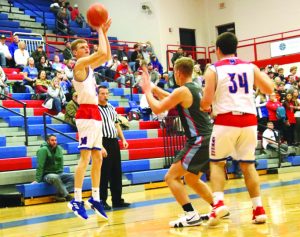