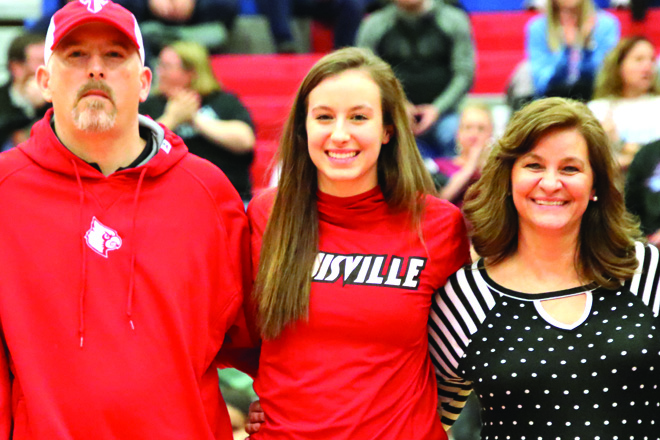 Former Lady Titan Seygan Robins (middle) was honored on Friday, Feb. 8, for her accomplishments as a Lady Titan basketball player. She is pictured with her parents, Brandon and Marta Robins. (Photo by Arpan Dixit)

It was a special night for one former Lady Titan basketball star.

Robins’ high school varsity career, which started in her  seventh grade year, was one for the record books. To go along with her accoldes listed earlier, she was named 12th Region Player of the Year in her final three seasons and was named first team all-state from her freshman year all the way up to her senior year.

She scored 2,677 points, dished out 834 assists and earned 559 steals in her varsity career, which saw her Lady Titans’ team win four straight 12th Region titles and six straight district titles. She was also a nominee for the McDonald’s All-American game and was a five-star recruit.

“I’m extremely blessed to have a community that supports me enough to put a presentation like this together to recognize me for my accomplishments during my high school career,” said Robins. “I am forever grateful to call Mercer County my home.”

Robins said the support she receives is second-to-none and thanked her family for always being there.

“The support that I have gotten not only from my family, but the community as well has been incredible,” she said. “My family has always been supportive of my choices in not only basketball, but in life. That’s something not everyone can say.”

Robins’ uncle and former coach, Chris Souder, coached her throughout her varsity career and watched her grow into the player she is today.

“Seygan is a special talent so watching her grow up was pretty cool and to see all her extra hours of work pay off and being recognized state wide is extra special for me to just be a small part of it,” said Souder. “I wish I could’ve been there for her special night to display her place in KHSAA history not only as a team but her individual awards. She did it the right way which is rare in today’s society. She sacrificed for her team to win championships and proved if you do that first, then the individual awards will come after that. Knowing Seygan like I do, she would not be excited if those two championship banners weren’t hanging in the gym. I’m just a super proud former coach of hers and even more proud uncle. She is a special young lady.”

Robins currently plays for Coach Jeff Walz at the University of Louisville. The Lady Cardinals are currently ranked No. 2 in the country. 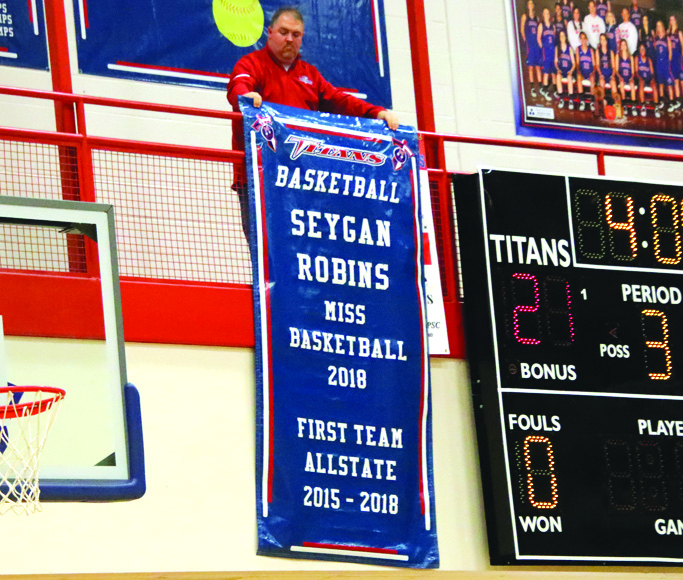 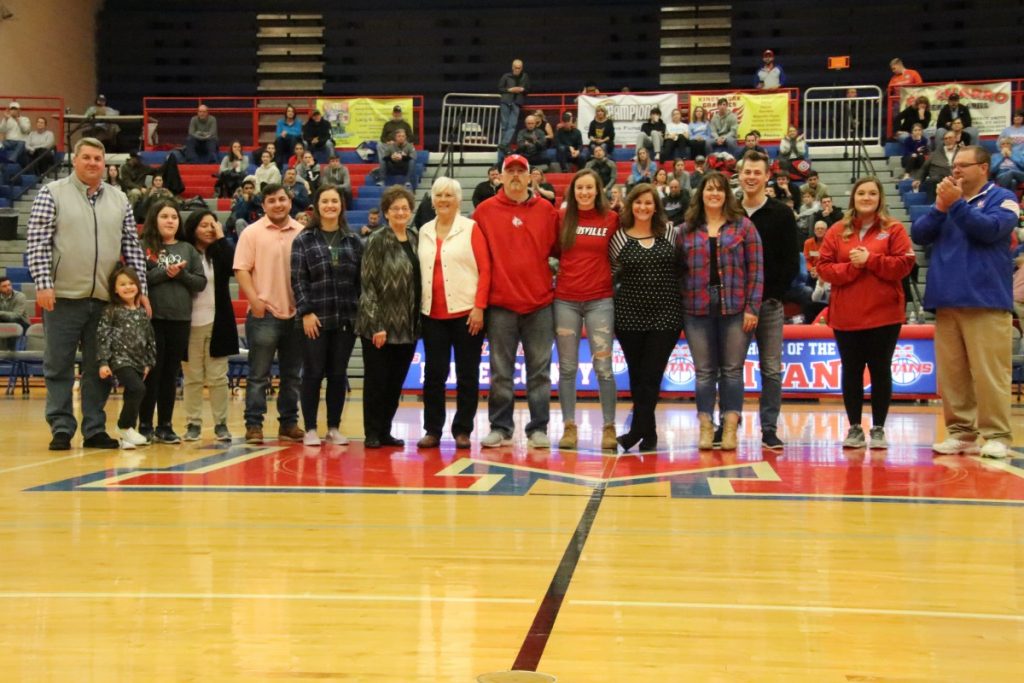 Seygan Robins is pictured with members of her family. (Photo by Arpan Dixit)