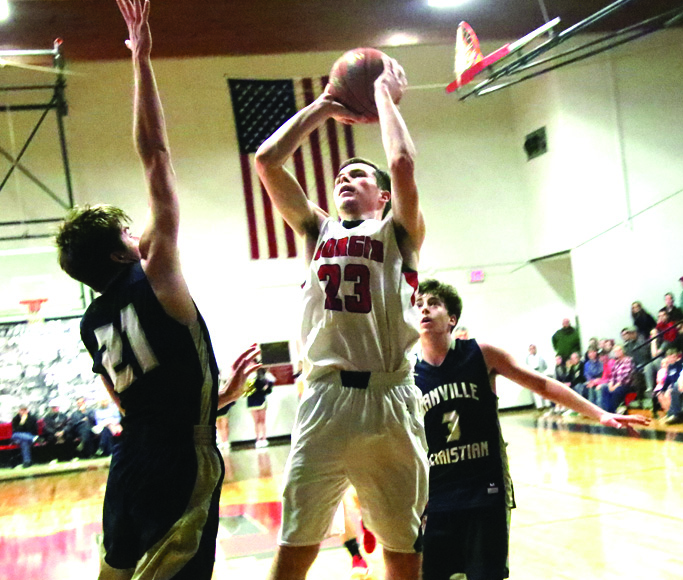 Junior Wesley Tyler had himself a game. The big man scored 25 points and hauled in 11 rebounds and set the tone for the Bulldogs in the second half.

“We made a concentrated effort to get Wesley (Tyler involved and he delivered,” said Head Coach Don Irvine. “The boys did a good job of finding him. He scored on four or five straight possession in the second half which was big for us.”

Burgin struggled early in the game, turning the ball over and giving up second chance points.

“We struggled early in the ball game. We weren’t moving the ball much and we were stagnant,” said Irvine.

Preston Carter and Luke Caldwell led DCA with 17 points each.

Both Kestler and Tyler caught fire at one point during the game. Kestler drilled three straight triples to give Burgin a double-digit lead towards the end of the first half and Tyler was dominant in the paint, scoring on five straight possessions in the second half.

“I love them like my kids. I’ve had Ethan (Kestler) and Cameron (Hurst) all four years and I’ve watched them grow and develop,” said Irvine. “They are really fun to be with right now and Matt (Kirkpatrick) fits right in with them. I’m glad he was able to come over to Burgin and play his last year.  They’ve made a mark on the program and they’re good leaders for everybody else.”

The Bulldogs led by seven at halftime, but really blew the game open in the second half, building a 17-point lead heading into the fourth. Burgin continued their dominance in the fourth and secured their fourth victory over DCA this season.

Kestler was the top scorer for Burgin with 20 points. Tyler added 14 points, Reed pitched in 11 points and Hurst contributed 13 points.

Burgin will be back on the court today, Thursday, Feb. 14, when they host Jackson City for their regular season finale. Tip-off is set for 7:30 p.m. 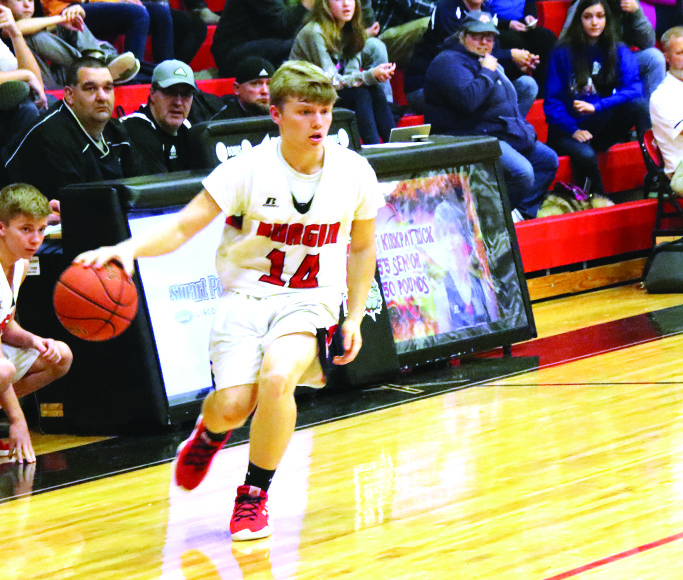 Burgin senior Matthew Kirkpatrick handles the ball on the fastbreak in the Bulldogs’ dominating win over DCA on Tuesday, Feb. 12. (Photo by Arpan Dixit) 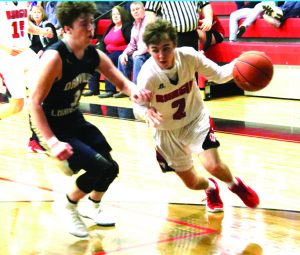