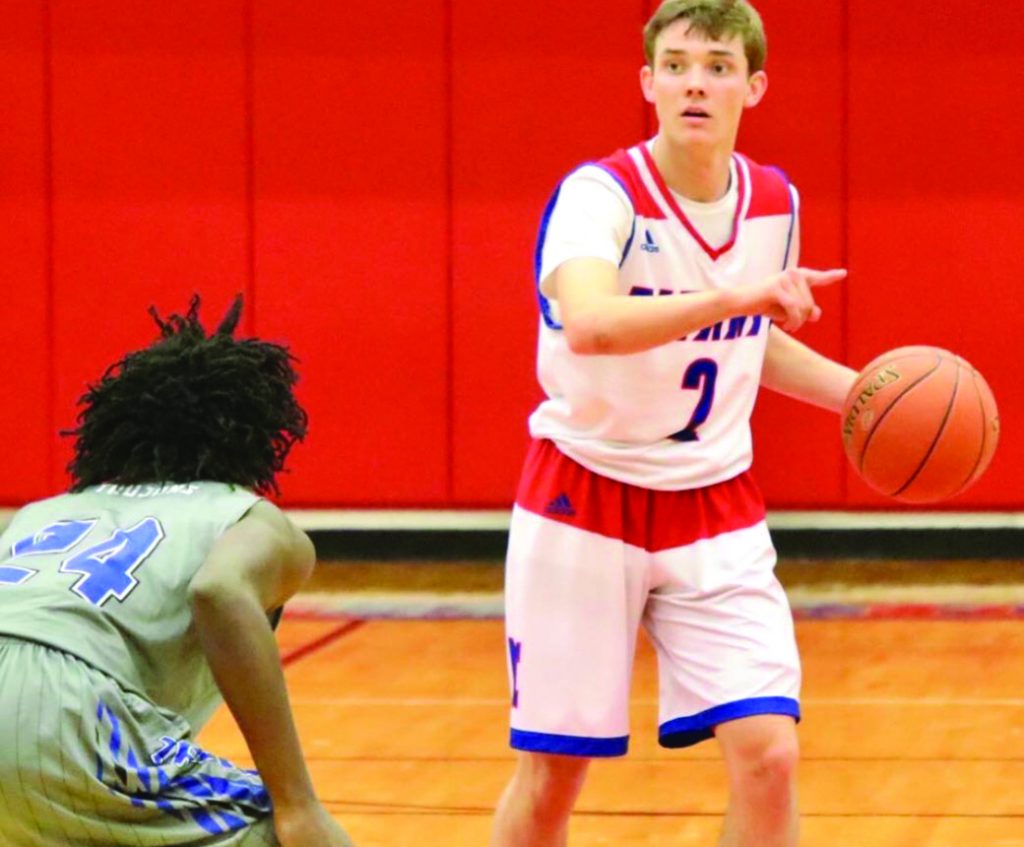 Mercer County senior Carter Baughman (2) was named by the KABC as the 12th Region’s Player of the Year on Monday Feb. 11. (Photo by Arpan Dixit)

For the second year in a row, the 12th Region Player of the Year plays for the Mercer County Titans.

The Kentucky Association of Basketball Coaches (KABC) named senior Carter Baughman as the player of the year in the 12th region early Monday, Feb. 11.

Baughman is averaging 21.3 points per game this season, good for 28th in the state. He also averages three triples per game, which is 15th in the state, to go along with three assists and three steals per game.

After earning the title of the 12th Region’s best, Baughman is now a candidate for Mr. Kentucky Basketball.

The Mr. and Miss Kentucky Basketball awards ceremony will be held on Tuesday, March 5, at the Lexington Center’s Bluegrass Ballroom.

Although this is an individual award, Baughman credited others for his success.

“I’m just blessed I get to represent Mercer County and the 12th Region as a Mr. Basketball candidate,” he said. “I am blessed with a great coaching staff, great teammates and a great family that supports me through everything. I couldn’t have won this award without any of them.”

His senior year has been even more impressive. He was named player of the game at the Legacy Nissan Classic, named to the Clash of the Titans All-tournament Team and the Cumberland Falls Invitational All-Tournament Team, was crowned Cumberland Falls Invitational three-point champion and his AAU team (M.A.T.T.S. Mustangs) were runners-up at the  AAU National Championship this past summer.

Baughman has also had three different coaches in his high school career. A lot of players struggle with that adjustment, but Baughman has just continued to improve.

“Carter was very deserving of this award. He has worked exceptionally hard during the season and in the off-season to receive this accomplishment,” said Hamlin. “We are extremely happy for him and his family, as he is a deserving recipient.”

“Coaching him back in eighth grade, I could see glimpses of how good a basketball player he could be and how much he loved the game. He combined his love of the game with his work ethic and really elevated his skill set,” said Hamlin. “I am extremely happy for Carter. It sets a message that when everyone is looking at a player’s height, vertical jump or how well they dunk that a good work ethic, some heart and a refuse to quit attitude can propel you to achieving great things.”

What Baughman does in the classroom should go on notice too. He holds a 3.6 GPA and is involved in the gifted and talented program.

After a slow 2-5 start to the season, Baughman’s numbers stayed steady and the Titans ended the season going 15-5 to earn a No. 1 seed in the upcoming 46th District Tournament.

Hamlin has coached two player of the years in his first two seasons as a head coach, and coached two-time state champ Seygan Robins as a Lady Titans assistant in 2016. It’s safe to say Hamlin has been around winners and even better people off the court during his few short years on the bench.

Now, his goals are to win another 46th district championship, win the 12th Region title and earn a chance to play at Rupp Arena for the Sweet Sixteen state basketball tournament. 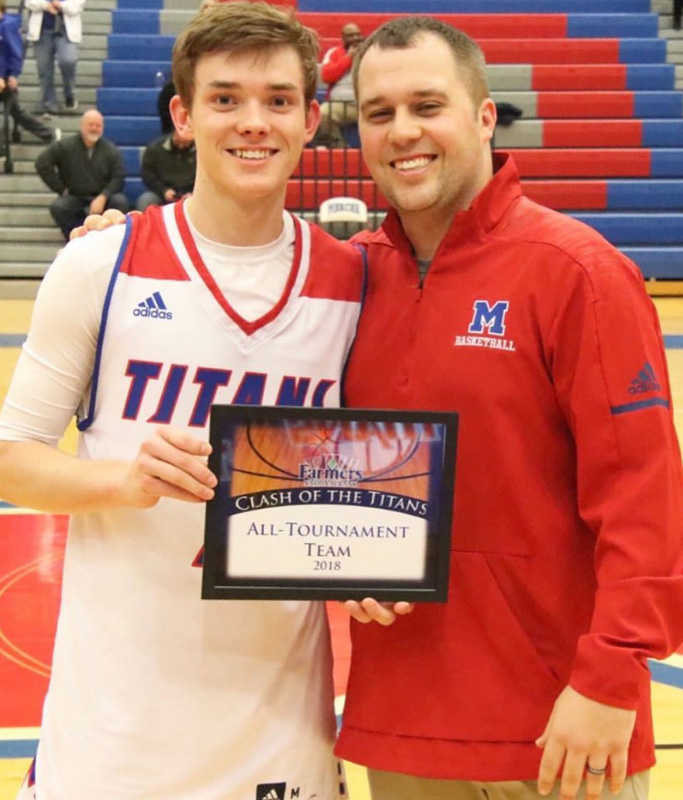 Baughman was named to the Clash of the Titans All-Tournament Team over Christmas break. (Photo by Arpan Dixit) 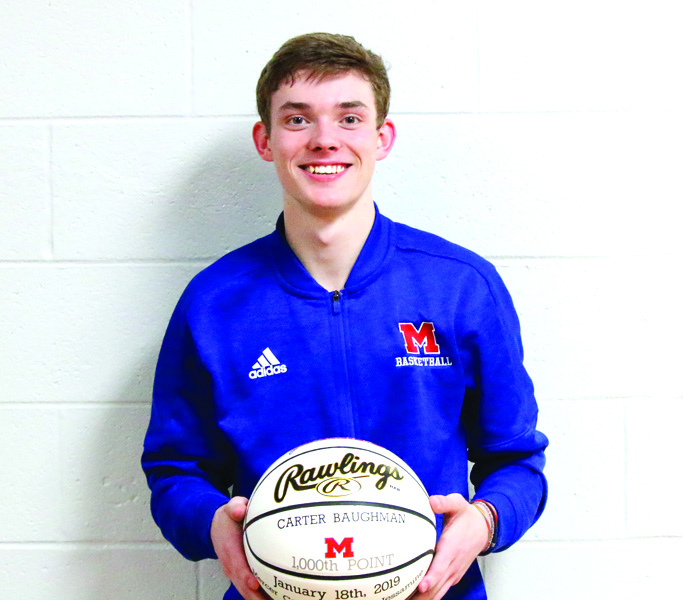 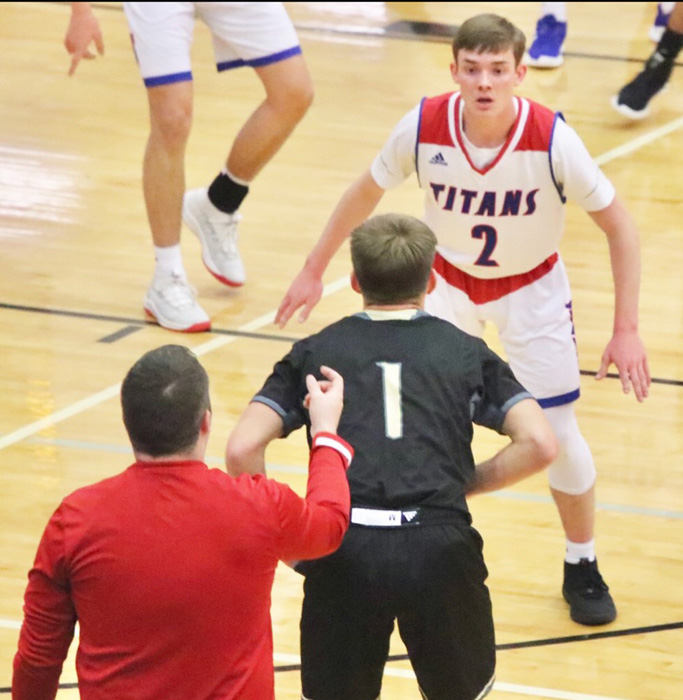