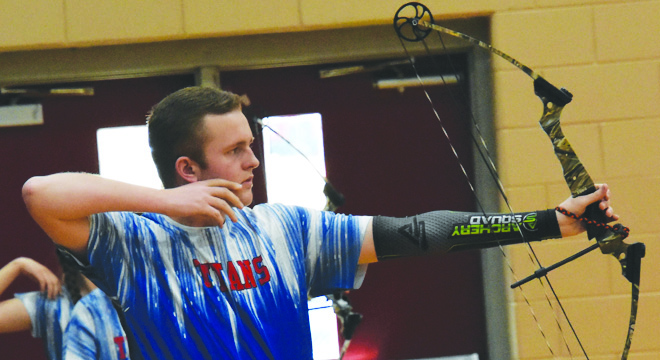 Sophomore Michael McLaughlin follows through on a shot. He finished 60th overall with a score of 256. (Photo Submitted by Eric Miller)

Mercer County Archery was back in action this past weekend at the Garrard County Pre-State Warm-up on Saturday, Feb. 2.

“We were a little short-handed this weekend, but we fought hard,” said Head Coach Eric Miller. “A lot of these kids are starting to step up at the right time to support this team. We have some first year archers that have stepped up their game and are shooting like seasoned veterans right now.”

Mercer County Archery will be back on the range Saturday, Feb. 9. when they travel to Lincoln County for the 2019 KY NASP Region 10 Tournament.