Spivey: “We’ve got to have better defensive effort” 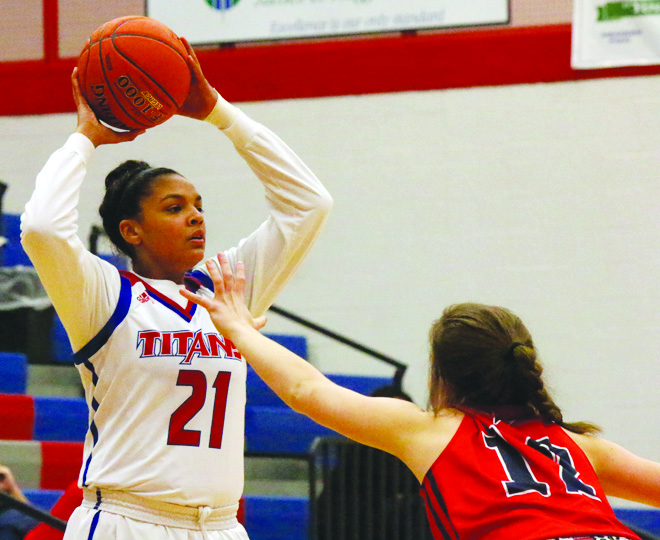 Mercer County started the game strong, opening up a six-point lead after the first eight minutes. Sophomore Camryn Preston and eighth grader Anna Kate Drakeford led the team with five points each after one quarter of play.

Rockcastle County was not a threat througho the remaining three quarters and the Titans glided to a convincing victory.

Despite the win, Head Coach Hayley Spivey was disappointed in the execution of the her team’s defense tonight.

“The biggest thing I talked to them about at halftime was our half-court defense. I thought they were being lazy and weren’t getting down and working. We were just relying on our athleticism,” she said. “Now we are getting into the crucial part of our season and we’ve got to have a better defensive effort than that.”

Coach Spivey expects a lot out of her players; especially now, as the Titans enter the last five regular-season games of the season.

“Offensively, I don’t think we were attacking as much as we should. We’ve have to attack on offense,  then we’ve got to lock down and play defense, and that’s something I don’t think we did tonight, ” said Spivey.

Junior Channing Lewis has re-entered into the Lady Titans’ starting lineup after almost five weeks without competition due to injury. She finished with 15 points and nine rebounds.

“She just helps control the team. She had 15 points and nine rebounds tonight and she was out for almost five weeks. Having her back helps us a lot. It takes some pressure off of other players, and it frees Timberlynn (Yeast) and Toni (McCombs) up a little bit more when she’s on the floor, ” said Spivey.

“We have had a pretty great year from Timberlynn and she has been consistent all year long, but having Channing out there just opens the floor up more for us,” said Spivey.

Spivey looks for her team to finish out this difficult five-game stretch with good effort. These games are preparation for the district and regional tournaments to come.

The Lady Titans will be back on the floor Friday, Feb. 8, when they host Casey County, on senior night, at 6 p.m. 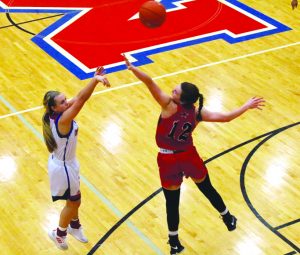 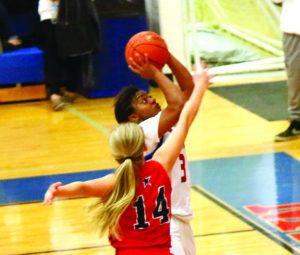