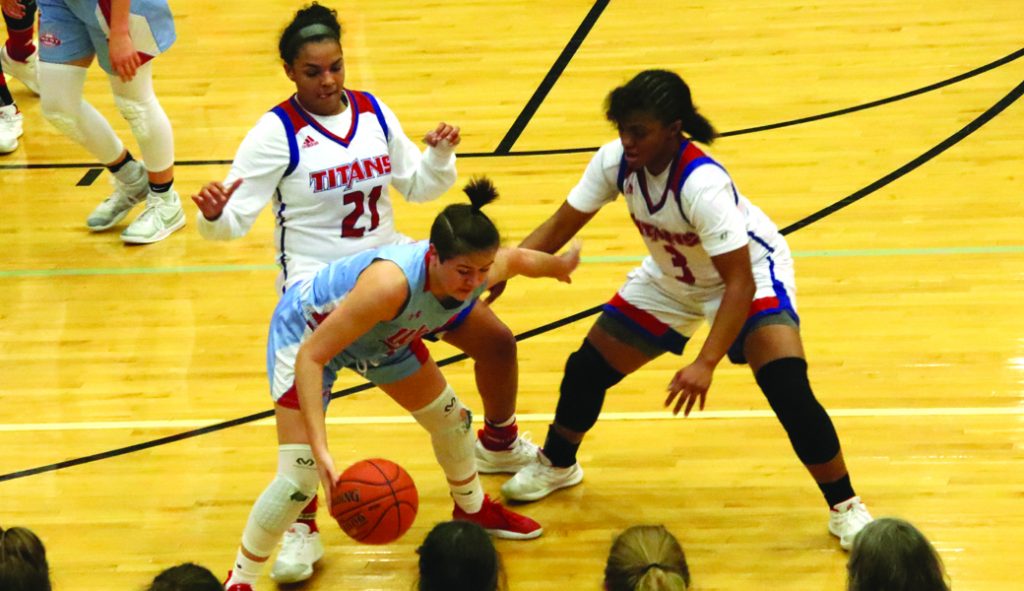 This game was dominated by the Lady Titans from start to finish. They had contributions from up and down the lineup.

Eighth grader Timberlynn Yeast led the Lady Titans in scoring with 21 points, while hauling in 11 rebounds and getting four steals.

Freshman Love Mays scored 15 points, including three triples, in one of her best games of the season.

“She (Mays) kind of hit a wall there for a little bit. She’s been able to get out of that and I give her a lot of credit,” said Head Coach Hayley Spivey. “She’s responded well with her new bench role and she just brings a lot of energy when she is on the floor.

Mercer County has also been working junior Channing Lewis back into the mix. Lewis missed nine games with an injury. She is one of the most experienced players and Spivey was glad to have her back on the floor.

“The biggest thing is her (Lewis) presence on the floor brings control to our team,” said Spivey. “We’ve kind of been counting down the days that she would return so it’s good to have her back out there.”

Junior Calicia Smith had a solid game off the bench. She scored 10 points, including two triples, and had five steals.

“When we have contributions from up and down the lineup like we did tonight, we’re going to be tough to beat,” said Spivey.

Spivey’s group has nine games left on the season, including a matchup with Lincoln County next week, who are 17-3 on the season and sit atop the region standings.

They will be back on the court Friday, Feb. 1, when they travel to take on Campbell County at 7:30 p.m.