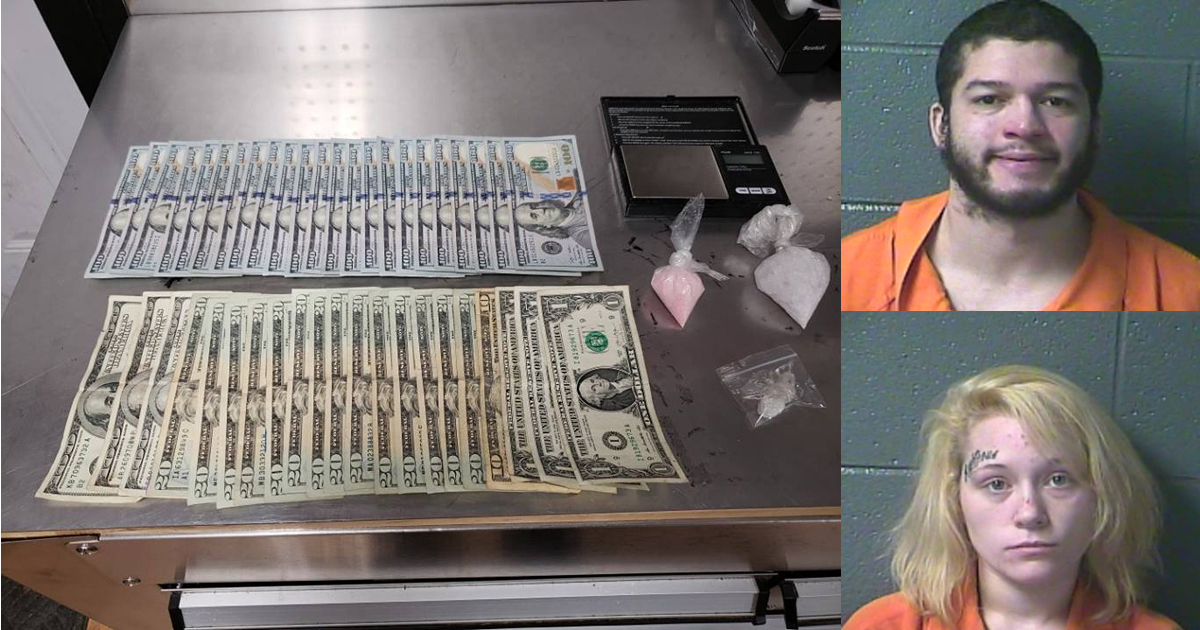 Harrodsburg police officers seized a large amount of cash as well as drugs and a set of scales during a drug bust at Beaumont Plaza last week. Kelsey Hopkins and Manuel Story are both in custody.

Two people are now in jail and cash and drugs were seized after police crashed a drug deal at Beaumont Plaza on Friday afternoon.

According to the arrest citation, police received a tip of a possible drug transaction about to take place on Friday, Jan. 25.

Near the former Goodwill store they found Kelsey B. Hopkins, 20, and Manuel Story, 27, both of Harrodsburg, sitting in a tan Cadillac pickup.

When approached by the police, Hopkins and Story denied any possible drug activity, saying they were waiting for a pizza from Pizza Hut.

After a drug-sniffing dog was called in, police located plastic baggies containing what they suspected were illegal drugs as well as a set of digital scales and $2,893 in cash.

Hopkins and Story each claimed ownership of the evidence, according to the arrest citation.