Hurst goes over 1,000 points against Eminence 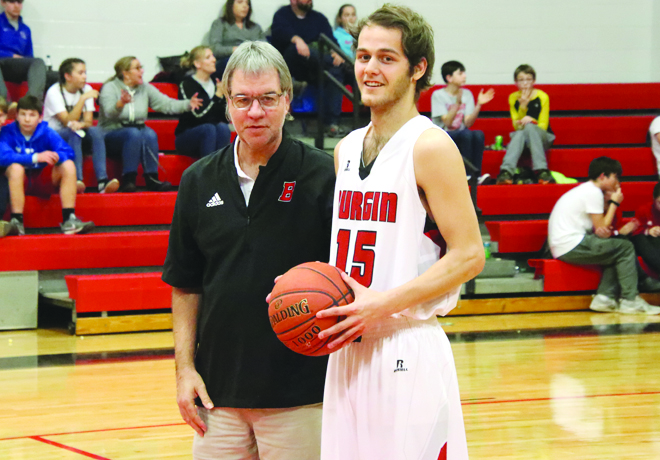 Burgin senior Cameron Hurst (right) received his 1,000 point ball after eclipsing the milestone in a win over Eminence on Thursday, Jan. 24. Hurst is pictured with his head coach, Don Irvine. (Photo by Arpan Dixit)

After losing four out of their last five, the Burgin Bulldogs have turned it around a week later to win two out of three and sit at 13-6 with less than 10 games left.

Burgin defeated Walden, lost to White Academy (TN) and edged Eminence to go 2-1 over the weekend.

Hurst and senior Ethan Kestler were tied for the team lead with 19 points each. Hurst also dominated the boards with a game-high 17 rebounds. Kestler also played role of facilitator, notching a game-high nine assists.

“They (Walden) had beaten us at their place so it was good to get them back,” said Head Coach Don Irvine. “We really wore them down this time around. We shot the ball a lot better. Just what we complained about in the previous game, we came back and shot it much better. Hopefully we can get going and gain a little consistency.”

Senior Matthew Kirkpatrick was also in double-figures with 16 points.

The Bulldogs (12-6) were coming off a win against Eminence where they broke their two-game skid, but the J. Frank White Academy Knights (18-2) rolled into town and stole a 54-49 victory over the Bulldogs on Friday, Jan. 25.

Hurst was the leading scorer for Burgin with 21 points, while also hauling in a team-high seven rebounds.

“We just have to shoot the ball better. We had so many open looks. We stayed with a perimeter game a little too much,” said Irvine. “I just thought we settled in the second half and we weren’t hitting anything tonight.”

Irvine talked about White Academy’s physicality after the game.

“They were just physical with us. Their athletic and bigger,” he said. “I think it just wore us down. We got little guy and physical teams hurt us a lot.”

The most important story of the night was Cameron Hurst eclipsing 1,000 points for his Bulldog career to go along with a game-high 27 points and 17 rebounds.

“Well I had his brother and had him so I know the family very well. I know how much basketball means to Cameron (Hurst). He’s been a pleasure. He shows up to work and he’s matured so much over the years. I think he’s having one of the better seasons in the region.”

Irvine is not wrong. Hurst is averaging 20 points per game, while also shooting 52-percent from the field. He is also averaging 10 rebounds per game.

“He’s carrying quite a load for us and I think he’s had an outstanding year and deserves that. He’s played through injuries for us and does whatever it takes to win. Those are special breeds right there,” said Irvine.

Kirkpatrick was the other Bulldog in double-figures with 12 points.

The Bulldogs will be back on the court today, Thursday, Jan. 31, as they host Mercer County for a big district matchup. Tip-off is set for 7:30 p.m. 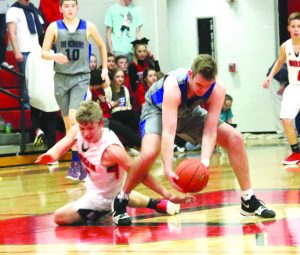 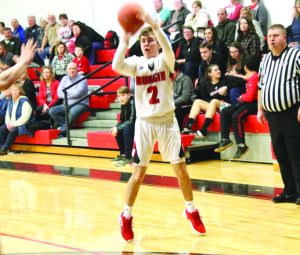