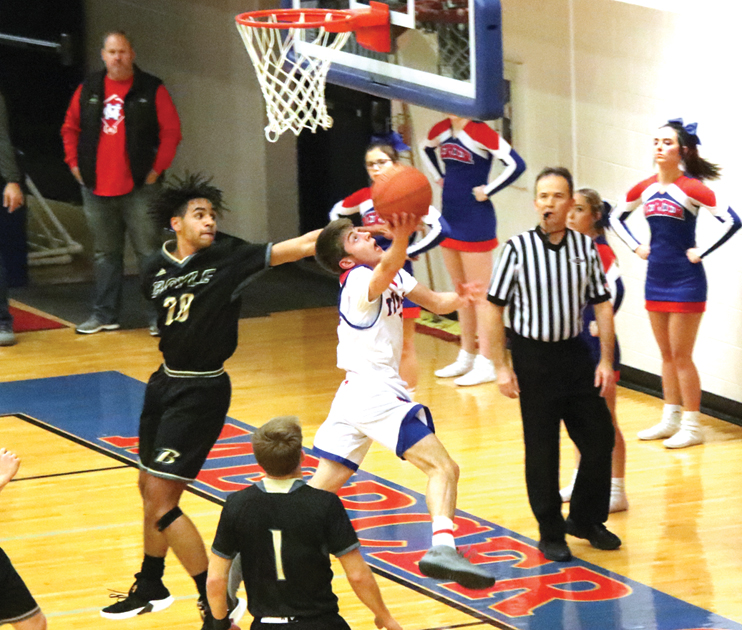 Junior Jamisen Lewis (right) drives to the bucket for two of his 14 points against Boyle County on Tuesday, Jan. 22. The Titans defeated the Rebels 77-60 for a big 12th Region win. (Photo by Arpan Dixit)

After a big district home win against West Jessamine last Friday, the Mercer County Titans (11-8) followed up that win with another one against Boyle County (6-11), by a final score of 77-60 on Tuesday, Jan. 22.

When Boyle and Mercer clash, it always calls for a great atmosphere, and that was certainly the case Tuesday night.

Senior Carter Baughman continues to add to his 12th Region Player of the Year campaign with another solid performance. The point guard had a team-high 22 points and five assists.

Junior Kaelin Drakeford did what he does, stuff the stat sheet. He scored 13 points to go along with a game-high 13 rebounds, while earning five assists.

“He (Drakeford) was not healthy to start the season and that really showed early on. He had a lot of expectations for himself,” said Head Coach Josh Hamlin. “He’s finally starting to get his legs back under him. He’s a rebounding monster. He’s one of the better players in this region and I’m glad he’s showing everybody that.”

The Titans started the game on a 13-2 run before the Rebels bounced back and brought it within eight, 26-18, at the end of the first quarter.

Junior Jamisen Lewis was also in double-figures with 14 points. Senior Isaiah Smith was the fourth and final Titan with over 10 points, finishing with 13 points, including three triples.

“Right now, we’ve got five kids on the floor who can shoot. We’ve got three really good guards, a lot of teams in the region don’t have that,” said Hamlin. “Our guards did a great job of attacking, had their hands ready and were disruptive tonight. We’ve been needing one of those offensive games.”

The Titans were scorching from beyond the arc, going 11-for-21, for 53-percent. They shot 27-for-50 overall against the Rebels, good for 54-percent.

Grant Hotchkiss led Boyle County in scoring with 23 points. Reese Smith was second for the Rebels with 16 points.

Despite going only 12-for-21 at the line, the Titans hit some free throws late to secure the double-digit victory.

Hamlin’s group is starting to click, winning seven out of their last eight games, and surging in the latest region rankings.

With two more district games on the schedule, both on the road, every game is important down the stretch.

The Titans will be back on the court Friday, Jan. 25, when they travel to East Jessamine for a big district matchup. Tip-off is set for 7:30 p.m. 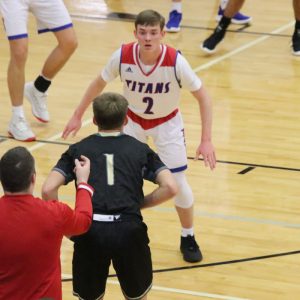 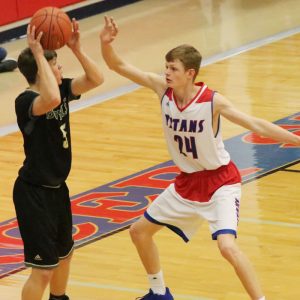