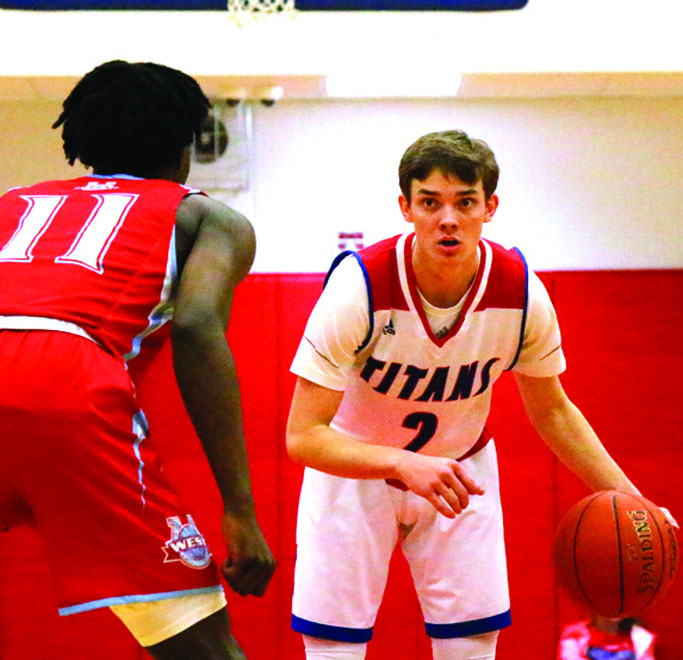 The Titans had already fallen to West Jessamine earlier in the season, but it was in a tough road environment.

“We are exceptionally grateful for their support and their passion. How loud it got during free throws, and them chanting at other players and coaches. That’s what Kentucky high school basketball is about in January. It’s awesome to see them out here cheering on our kids, our kids really love it, and we really appreciate it,” said Hamlin.

“Kudos to Carter Baughman. He scored 1,000 points in three years. His junior and senior year he’s really come on, and he is the best player in this region hands down,” said Hamlin.

Baughman finished with a team-high 17 points against the Colts.

Juniors Bryson Yeast and Kaelin Drakeford had huge games for the Titans.

“Bryce (Yeast) played a really good game. He does a lot of the little things, and he doesn’t get a lot of credit for it. He does such a good job battling on the boards, keeping balls alive and making all the little small plays that it takes to win a game,” said Hamlin.

Yeast only had five points, but he also attributed six rebounds, three steals, and two assists.

Drakeford finished with a double-double of 11 points and 10 rebounds.

“What can you say about Kaelin Drakeford? His shots weren’t falling, but maybe the biggest play of the game, they’re driving down the court late in the game and Kaelin gives up his body to take the charge. That’s what winning basketball is, and that’s what wins championships,” said Hamlin. “Our kids maybe didn’t take the best shots, but when there was a ball on the floor, when there was a rebound that needed to be had, we made those extra ones tonight, and that helped us get the victory,” said Hamlin.

The Titans led the entire game, but the Colts were never too far behind. Some clutch free throws from Drakeford and Baughman down the stretch helped the Titans secure the 54-51 win. 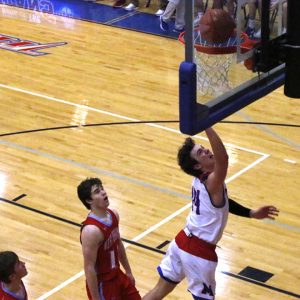 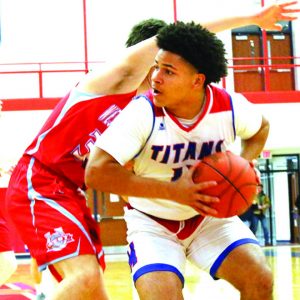 Mercer County junior Bryson Yeast secures the defensive rebound and looks to pass out of a dangerous position against West Jessamine, on Friday, Jan. 18. 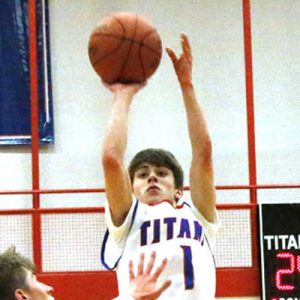