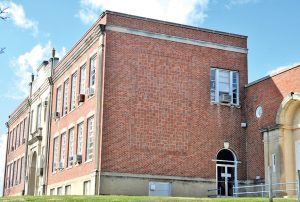 The Mercer County Board of Adjustments and Appeals has denied a request from Panacea Health and Wellness to turn the former Harrodsburg High School into a drug rehabilitation facility. But that leaves the question of what can be done with the deteriorating building, which is nearly a century old.

Organizers hoping to reopen the former Harrodsburg High School building as a drug rehab have hit a snag.

On Tuesday, the Mercer County Board of Adjustments and Appeals voted unanimously to deny a conditional use permit to open a 100-bed addiction treatment center.

A new company, Panacea Health and Wellness, wanted to open a facility that would rehabilitate clients through “counseling, education, sports and a work placement  program,” according to their filing with the board of adjustments.

It is unusual for public hearings to draw much of a crowd, especially during the middle of the day, but the board of adjustments meeting at Harrodsburg City Hall was standing room only on Tuesday, Jan. 8.

Most of those present, many of them owning homes on Lexington Street, were there to voice their opposition to the project.

But not every neighbor of the proposed rehab center was against it.

Tim Joyce, who lives two doors down from the old high school, whole-heartedly endorsed the project.

“I’m urging you to vote yes,” Joyce told the board.

Joyce said he was worried about the condition of the old high school, which was built in the 1920s.

“I don’t want to see this property fall by the wayside,” he said. “We need to get something in there before it falls apart.”

However, most of those living along Lexington Street were against the idea, citing concerns about the possibility of decreasing property values, the proximity of Alvis Johnson Field, Panacea’s lack of a track record and doubts about their ability to keep safe both clients at the rehab facility as well as those living nearby.

Even after Panacea promised there would be security personnel on site and video surveillance around the clock, some residents were dubious.

George Neal said he’s lived down the street from the old high school for 25 years. 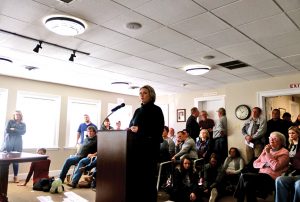 Erin Johnson of Panacea Health and Wellness addresses the Mercer County Board of Adjustments and Appeals on Tuesday. Local residents turned out to voice their opposition to Panacea’s plans to turn the former Harrodsburg High School building into a drug rehabilitation facility.

Many were worried about the company’s lack of experience operating a rehab facility.

Erin Johnson, who represented Panacea at the hearing, said the company was originally interested in opening a sports facility at the old high school, which was sold by the Mercer County School District to businessman Keith Currens for $200,000 back in 2016.

However, Johnson said the building, which has sat empty since Currens put it back on the market in December 2017, badly needs repairs, which would have made the venture unprofitable. Johnson said just repairing the building’s ancient air conditioning system would cost over half a million dollars.

Johnson said Panacea also considered turning the former high school into a skilled nursing community, among other choices, before finally settling on a rehab facility.

Johnson said she had a background in healthcare and that Panacea had connections with Lighthouse Ministries in Lexington, but admitted the company had never operated a rehab facility before.

Johnson also said Panacea was not yet accredited to operate such a facility.

“We wanted to make sure the planning and zoning went through,” she said.

That lack of experience troubled many of residents.

Toni Preston called what Panacea was trying to do an experimental “noble” project, but begged the adjustments board to deny Panacea’s request, not just for the residents, but for the patients.

“This is a serious deal and when you go into it you have to know what you’re doing,” Preston said. “You have to have people who know what they’re doing.”

But the biggest issue for many was the location of the proposed rehab facility. Many of those in attendance said they did not have a “not in my backyard” attitude.

Then there was local attorney David Taylor.

“I’m not a bit embarrassed to tell you, yes, I’m a backyarder,” Taylor said.

While he does not live near the school, he has family who do.

“I do not want a hundred druggies living across the street,” Taylor said. “I’m all for your programs but this is the wrong place.”

But for many, it seemed to be the idea of turning the high school into a rehab that upset them the most.

“This school means a lot to me. A lot,” said Blair Bottom, who lives in Frankfort but helped organize a 45th reunion for Harrodsburg High alumni. “I don’t want to see the high school touched.”

There have been many plans put forward for the old high school building since it was sold in 2016.

At one point, Mercer Transformation wanted to transform it into a community resource center. Campbellsville University was seeking approval to host up to 400 international students for IT training programs. However, none of it came to fruition.

While no one at the meeting agreed with what needs to be done with the school, everyone, even the Panacea representatives, agree something needs to be done before the building deteriorates further.

Marian Bauer lives down the street from the high school building. Bauer is a member of the Harrodsburg Historical Society and the Mercer Advancement and Beautification Council, which bestows the Pioneer Salute on historical properties every month. But her dedication to preserving the city’s long history didn’t stop her from saying what may have been on the mind of more than one person at city hall Tuesday.

“Maybe the best solution is to tear it down,” Bauer said.

Mercer County Has A Lot To Look Forward To This Week 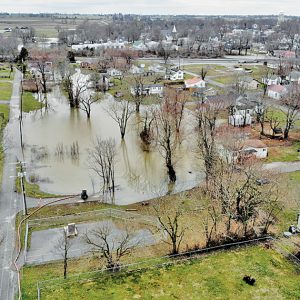 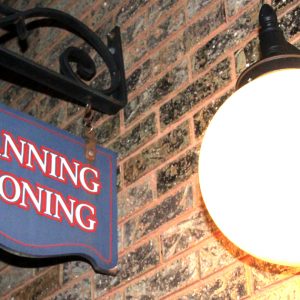 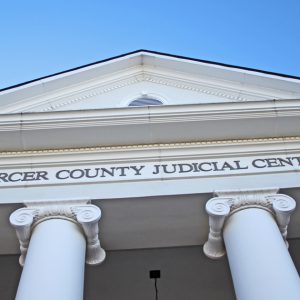