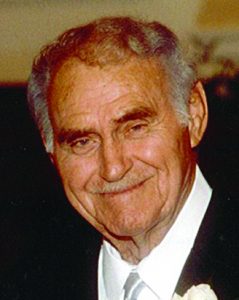 Born March 15, 1921, in Lawrenceburg, he was the son of the late Fred Rile and Minnie Conley Robinson Chilton.

He served his country during World War II in the Army Air Corps, was a retired farmer and automobile dealer, a Kentucky Colonel and a member of Clay Lick Methodist Church.

Linwood is survived by: one daughter: Sue Wood Pugh of Harrodsburg; one sister, Katherine Jeffries of Lawrenceburg; one grandchild, LeeWood Pugh Goodlett and two great-grandchildren, Linlee and Dean Goodlett.