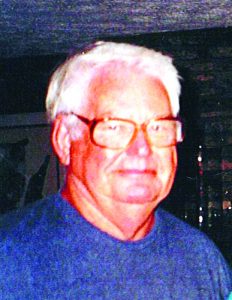 Born January 21, 1933, in Buena Vista, he was the son of the late James Thomas and Lillie (Meadows) Crutchfield.

Roy graduated from Anderson County High School and went on to serve in the U.S. Army during the Korean war. He was a former Kentucky State Police Trooper and later retired from IBM Inc.  as a Quality Control Inspector. Roy’s roots were in farming, but he enjoyed fishing, boating and camping trips with his family. He followed Cincinnati Reds baseball and UK basketball. He loved, and was loved, by his family.

In addition to his parents, Roy was preceded in death by his brother, Robert O. Crutchfield and three sisters, Margaret Howard, Anna Mae Hawkins, and Ruth Hines.

Funeral services were  held 1 p.m. Wednesday, Oct. 17, at the Ransdell Funeral Chapel by John David Lane. Burial, with military honors, was in the Spring Hill Cemetery.