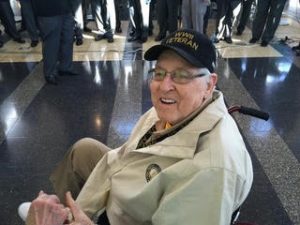 He grew up in Birdseye, Ind. and graduated from high school there in 1944. After high school he proudly served in the United States Army during WWII, stationed in Nome, Alaska.

Expressions of sympathy can be sent to the family at www.BlackburnWard.com