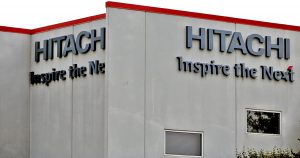 The layoff comes as a result of flattened sales and changing technology, Banks said in a prepared statement.

“Recently sales have plateaued and as a result profits have been impacted,” he wrote. “At the same time the automotive industry is experiencing a significant transformation due to electrification, which will require increased investment in the future products.”

Hitachi currently produces numerous components such as lithium ion batteries, electronic control units and inverters. The company plans to continue to expanding their investment in this technology, Banks said, but in order to do that, they needed to restructure.

“It is always difficult to reduce the work force, but the current effort to reduce costs, improve efficiency, and restructure for the future is a proactive step that will make Hitachi stronger,” Banks said. “We appreciate all the dedicated employees who were impacted by this action.”

He stressed that  Hitachi has been a stable employer over the years. Since 2011, employment at Hitachi’s Harrodsburg plant increased from 764 to 1454 employees, Banks said.

He attributed the restructuring to economic cycles.

“Like all companies and industries, we will have some cyclical changes that can impact employment,” Banks said.

In August, new orders for manufactured durable goods—which include computer equipment, industrial machinery and raw steel—increased $11.1 billion, or 4.5 percent, to $259.6 billion, according to the U.S. Census Bureau. Transportation equipment led the increase, growing by $10.9 billion, or 13 percent, to $95.3 billion.

One former Hitachi worker who declined to be identified said the layoffs happened in stages over Sunday  and Monday.

“The whole automotive section is being restructured,” he said.

He said some of the employees let go had up to 20 years at the plant. Some  were offered severance packages while others were not, he said.

“I don’t know what grading criteria they used,” the worker said.

He said Hitachi gave him 45 days to read over the package before accepting or declining it. Company officials recommended he contact a lawyer first.

Asked about his time at Hitachi, the worker said, “I didn’t have anything to complain about but a lot of other people did.”

There has been an outpouring of support for the fired workers from the local community. The Harrodsburg Conover Education Center of Campbellsville University announced Monday that they are offering a $2,000 scholarship per person to former Hitachi employees.

“It is our hope that each person will take advantage of this opportunity to explore a new career path,” said Amy Matthews, director of the Conover Education Center.