Burgin Is One Of The Best, Mercer Has Room For Improvement 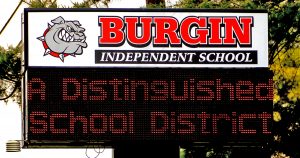 The Kentucky Department of Education has released its assessment of schools across the Commonwealth. While both Mercer County school systems are happy this year, they don’t have any grades to show for it.

That’s because the state is doing away with the online school and district report card system they’ve used since 2009 and moving to a new accountability system which will conform to requirements of the federal Every Student Succeeds Act (ESSA) and Senate Bill 1 (2017). But even with those changes, the results are largely the same: Burgin Independent has been named one of the best schools in the area while Mercer County, despite making improvements, still has work to do.

Accountability for 2017-2018 is based on student performance on state assessments, the ACT college entrance exam at the high school level and K-PREP results in reading, math, science, social studies and writing for elementary and middle school students. Unlike previous years, the state did not assign overall scores for each district.

Burgin Independent Schools finished in the top 45-percent of schools in the state, and were one of the best in the area. Superintendent Will Begley said once the state makes a correction to their tabulations, the school will be ranked even higher.

Begley said the district’s score of 63.9-percent received for transition readiness—which the state defines as “attainment of the necessary knowledge, skills and dispositions to successfully transition to the next level” in a student’s or her education career—is not accurate. He said school data shows 80-percent (36 out of 45) are prepared for life after high school. The state average is 60.9 percent.

“The Kentucky Department of Education will be updating this information in the near future but were unable to do so until after this week’s public release,” Begley said. “The 80-percent transition readiness score will rank Burgin High School among the top in the area.”

Burgin Independent School District is one of three districts, along with Anderson and Boyle Counties, that do not have any schools in their district labeled as needing improvement for one or more of the so-called gap groups.

“Our community is proud of all the hard work our students and staff put forth,” Begley said. “These results, coupled with the 20 career pathways we have in place, proves that we are committed to making the Burgin graduate ‘Transition Ready’ for the 21st century workforce.”

He said the state assessment proves that the teaching strategies and student interventions implemented by the staff is working.

“One area we put an emphasis on this year was elementary and middle school math and reading proficiency and we showed growth across the board in these areas,” Begley said.

The district will continue to work to enable students to sustain high growth and achievement in any accountability system, he said.

“While the metrics may be new and not comparable to last year’s data, Burgin Independent Schools has again thrived under this new accountability model,” Begley said.

At Burgin Independent, 50.0-percent of juniors met the English benchmark during the 2017–2018 school year, while 17.6-percent met the mathematics benchmark and 52.9-percent met the reading benchmark. It’s a mixed score when compared to the year before, with improvements in English and reading but a decline in math. Burgin has a 92.4-percent graduation rate.

“We are extremely pleased,” Begley said. 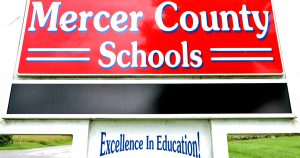 Based on assessments in 2017-2018 school year, all four schools in the Mercer County school system—Mercer County Elementary School, Mercer County Intermediate School, Kenneth D. King Middle School and Mercer County Senior High School—were labeled as Targeted Support and Improvement, meaning they had one or more low-performing groups. As a TSI school, Mercer will have to submit an improvement plan with the state.

School officials noted Mercer County has 15 sub-groups but only failed in one, disabled students. They said they only missed the cut by three-tenths of a point.

“Our district is striving for improvement, we continue to show gains in the areas where we can compare data from year to year,” said Mercer School Superintendent Dennis Davis in a prepared statement. “We are continuing to reduce the number of students identified in the novice and apprentice range and move them towards proficiency.”

Fifty percent of the schools in Kentucky were labelled as TSI schools, including schools such as Woodford, Washington, Jessamine and Garrard Counties as well as Danville Independent. No school near Mercer County wound up on the Comprehensive Support and Improvement list, which includes the bottom five-percent of schools in Kentucky.

School officials criticized the new system as complicated and hard to understand. Mercer Superintendent Dennis Davis said the software the district uses to track student achievement is supposed to match the results reported by the state.

“But we found differences,” Davis said.

Davis and other officials are frustrated with the way the state ranks schools. Just when they were beginning to show progress under the old system, the state announced they were changing. Results from this year cannot be compared to last year and other measures will not continue next year.

Regardless, Davis said he is proud of the progress the district has made in moving children from the apprentice to the proficient level over the last three years.

Esther Hayslett, director of pupil personnel and safe schools for Mercer, pointed out the programs the school has added to improve performance, such as the Cradle School, funding academic coaches for all grade levels, expanding learning technology such as hovercams, increasing opportunities for students to earn dual credits and providing the funding for sophomores to take the ACT assessment in preparation for the actual exam during their junior year.

At Mercer County Senior High School, 49.5-percent of juniors met the English benchmark, while 31.9-percent met the mathematics benchmark and 47.8-percent met the reading benchmark. Scores declined in all three areas when compared to the year before. Mercer has a 97.5-percent graduation rate.

Hayslett said she is proud her children attend Mercer Schools.

“As a parent, I don’t doubt my kids are prepared for the future,” she said.

Across the commonwealth, academic performance has remained largely flat, according to the state. Achievement gaps persist for different groups of students, including students with learning disabilities and students of color. Writing on-demand scores did make gains at the middle and high school levels.

ACT scores, which are based on all public school juniors taking the test last spring, also saw a national downturn, with across the board performance declines in English, mathematics, reading and science, according to the state.

Kentucky’s five-star accountability system is scheduled to take effect for the 2018-2019 school year and will further differentiate school performance. Additional measures and indicators are scheduled to be included pending final approval of Kentucky’s Consolidated State Plan by the United States Department of Education.

The full results was released to the public on Wednesday, Sept. 26, at 12:01 p.m. For more information, visit the Kentucky Department of Education website.