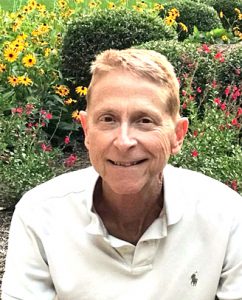 Born June 29, 1950, in Cushing, Oklahoma, he was the son of the late Marcus W. Prather and Josephine Draine Prather.

As a young boy, Kerry cultivated a passion for fishing that would become his life’s career as he watched the television program “Kentucky Afield.” He was mentored by the older fishermen along the Chaplin River in Cornishville.

In 1969, he started working for the Kentucky Department of Fish and Wildlife Resources as a summer aide, a position he held for seven years. During that time he earned a bachelor of science degree from Eastern Kentucky University and a master’s degree in biological sciences from Murray State University.

During his high school and college years, Kerry was an on-air personality for WHBN Radio Station in Harrodsburg.

During his 31 years with the Department for Fish and Wildlife, he worked on the Wild River Project, Lake Barkley Crooked Creek Study, the first State Wild Trout Research Project, the Environmental Assessment for Yatesville Lake and countless other projects. He authored the department’s publication “A Management Guide for Ponds and Small Lakes in Kentucky” as well as other technical leaflets and newspaper articles.

Kerry also enjoyed observing the migratory patterns of Kentucky birds as a member of the National Audubon Society Birding Team.

In September 2008, Kerry was nominated for the prestigious SEAFWA Fisheries Biologist of the Year Award for his service to the commonwealth.

After his retirement, Kerry established a private business, Bluegrass Lake Management, to assist landowners across the state with their farm ponds. His clientele included horse farms in the Bluegrass region such as WinStar.

Other survivors include:  one son, Joseph Marc (Faith) Prather of Frankfort; three stepsons, Aaron (Mandy) Hicks of Martinez, Georgia, Joshua (Katie) Hicks of Lawrenceburg and  Jacob Hicks of Frankfort;  one step-daughter, Abby Brynn Gortney of New Orleans, Louisiana; one granddaughter and five grandsons, Braxton, Cayleigh, Kolton, Hunter, Kyler and Hayes. A sixth grandson, Benton, is due later this year. One sister, Kandie Prather Adkinson of Frankfort, and his sister-in-law and brother-in-law, Terri and Gary Lyons of Campbellsville, also survive, along with numerous nieces, nephews, and cousins. Kerry was especially devoted to Lisa’s parents, namely his father-in-law, John Peckinpaugh, and his mother-in-law, Rachel Peckinpaugh, both of Campbellsville.

In lieu of flowers, expressions of sympathy may be made to Capital City Christian Church, 15 Locust Drive, Frankfort, KY 40601.

Arrangements are under the direction of Harrod Brothers Funeral  Home.