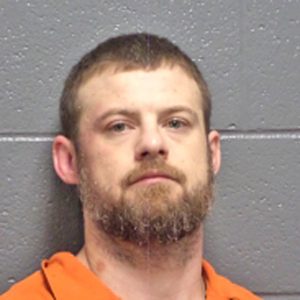 The Mercer County Sheriff’s Office is asking a kidnapping suspect to turn himself in.

On Sept. 17 at around 2 p.m. Sheriff Ernie Kelty and three deputies responded to a report of an assault in progress on Oakland Lane. They were told a man—who has been identified as Jamie Williams—grabbed a woman around the neck and forced her into a car, Sheriff Kelty said.

Williams wrecked on Cornishville Road and fled on foot. While one deputy stayed with the victim, Kelty and the other deputies pursued the suspect.

Kelty said he located Williams on a nearby farm but lost him in a wooded area.

Anyone found to be in aiding or assisting William will be charged with hindering apprehension.

Mercer County Crime Stoppers is offering a reward for information leading to Williams’ arrest, but the sheriff, who has spoken with the suspect’s family, said he hopes Williams will turn himself in.

“I’m asking him to do the right thing,” Kelty said. “We’re willing to listen.”

Anyone with information about Williams’ whereabouts are asked to dial 911, call the sheriff’s office at 734-4221 or call Sheriff Kelty directly  at 265-1586.