“We had to run a different offense tonight due to some injuries that we’ve had happen within the last week,” said Head Coach Lynn Flach. “Tonight was the first time that we played that new offense for us. I thought we handled it well. We played defense well and we had some good hits. We played them better than we did the last time. I look forward to playing them again.”

West Jessamine defeated Mercer in straight sets back in early September in a lopsided affair, but this match was much closer than the score indicated.

West Jessamine took the second set 26-16 and the final set 25-17 to complete the regular season sweep of Mercer County.

Mercer County will be back on the court Thursday, Sept. 20, when they travel to Garrard County to take on the Golden Lions at 7:30 p.m. 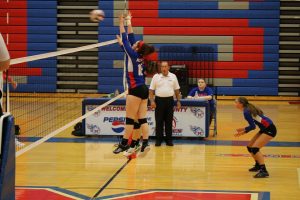 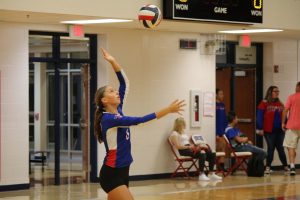