Donald Wayne Smith is the Athletic Director and assistant football coach at Mercer County Senior High School. His determination to turn the Titans into an athletic powerhouse has led to athletic success across the board, something the Titans have strived for.

“Growing up in a small town, sports became a very important part of my life,” he said.

Smith is a Harrodsburg football legend, who also had his jersey retired. He graduated as a Pioneer in 1986 as the schools all-time leading rusher, a two-time all-state running back and was even included on some All-American teams.

After high school, Smith attended Western Kentucky University where he excelled at football and graduated the number three leading rusher in Hilltopper history.

His high school and collegiate athletic career were great, as well the lessons he learned and opportunities that he was given because of sports, have made a huge impact on the way he plays a role in young athletes lives today.

“The sports helped me become who I am today, with coaching, teaching, and being around young people, learning to challenge and motivate them,” said Smith. “There is no doubt that sports have always been a very important part in my life, and every day I’m thankful that God blessed me with that sports ability, that has been able to give me a pretty good life.”

Smith knows firsthand the opportunities given by sports and feels that it is his job to let the students know how sports can help their lives.

“My philosophy has always been don’t let sports use you, you use sports,” said Smith.

He believed in Titan athletics and knew what he needed to do for it to be a top program in the state. “I wanted to be the gold standard, I wanted to be the best athletic program in the state, that is the vision I shared with the superintendent (Davis), and he bought into that vision with me so he allowed me to do a lot of things in order to get to where we need to be.”

One of those things was a new standard for the quality of coaches, and Smith has focused much of his attention on hiring the best for the job. A knowledge of the sport is only one aspect of what makes a good coach; an outstanding character was what Smith looked for when deciding who would lead this program to the top.

“What I look for most of all is that you’ve got to be a good person. Integrity, moral values and wanting to do the right thing is most important because we really do become the surrogate parents. We spend so much time with these young men and young women so I believe that the backbone of having great programs is having great coaches,” said Smith.

Over the past few years, the Titans have enjoyed quite a bit of success including eleven district championships, eleven regional championships, and four state championships since the start of the 2015-16 school year.

Since took over almost four years ago, the Titans have had consistent success and raised the bar for Mercer County Senior High School athletics, but Smith says we are still trying to reach the gold standard.

“We definitely haven’t reached where we can be, but we are moving in the right direction,” said Smith. “With the girls basketball team, and the boys track team, we have shown glimpses of it, but we aren’t there yet,” said Smith. 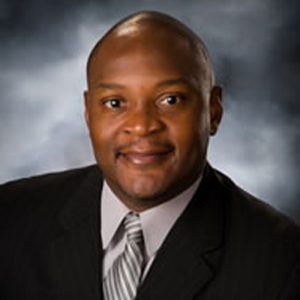 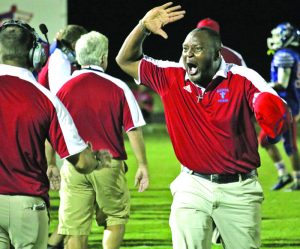 Donald Wayne Smith has also been an assistant coach for the Mercer County football team during his time as athletic director. (Photo Submitted)