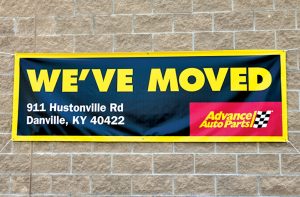 While citizens agree that something needs to be done to promote growth in Harrodsburg and Mercer County, there doesn’t seem to be an agreement about what exactly needs to be done.

Harrodsburg city commissioners found themselves in a lively discussion about the future of the city and Mercer County Monday night.

While some of that is a result of changing demographics, some of it is helped along by a recruiter employed by Danville to entice companies to relocate. The efforts by large, wealthy communities to steal businesses from surrounding areas has created a “what can you do for me?” mentality among many entrepreneurs.

Kristyna Coslow-Lewis, who in addition to operating two businesses in Harrodsburg also sells real estate, said the first question she is asked by prospective buyers is “What are your incentives?”

The problem is the agencies don’t always get along, said Coslow-Lewis, a member of Harrodsburg First and the Chamber of Commerce.

“They don’t all play together too well,” Coslow-Lewis said.

While the membership of the various agencies are passionate about the community, their visions of what’s best for the community often brings them into conflict, she said.

One group that is often made out to be a villain is the tourist commission. A group of local citizens plan to attend their next meeting and ask why the commission is holding onto over $700,000 in funds instead of using it for renovations at Anderson-Dean Community Park, for example.

Then there is the problem of local patronage, or lack of it. People often complain about being starved for new local places to eat, but even when new restaurants open, locals still go to Danville or Lawrenceburg. Coslow-Lewis said the biggest complainers also don’t volunteer for local events, serve on local boards or even show up for meetings.

Coslow-Lewis said new blood was needed on the boards of many of the local agencies, and challenged the city commission to appoint younger people.

“Your appointments matter,” she said.

Others who addressed the commission said taxes needed to be cut, and not just city taxes.

“We’ve done pretty good,” said King, noting the growth and continued survival at Corning, Hitachi, Essity and Toyota Boshoku. But when it came to stores or restaurants, “We don’t have much to choose from,” King said.

He said Mercer County needs to offer incentives like other communities. He said drawing more people to the community would help keep taxes low.

One suggestion was offering a tax abatement to anyone willing to buy into the community. For the first five years, they would pay taxes only on the initial purchase price, not on improvements they made to the property.

“That seems like a good idea to me,” King said.

However, the process is so laborious—each taxing district has to agree first—that few choose to pursue it, said Mercer County Property Valuation Administrator David Best.

“You have to jump through a lot of hoops,” Best said.

It was agreed that a meeting needed to be held to see if it would be possible to get everyone on the same page. City Commissioner Marvin “Bubby” Isham agreed. He showed up the next morning at the Mercer County Fiscal Court and asked magistrates about setting up a special meeting with all the taxing districts about incentivizing new growth.

“We have to get more aggressive,” said Mark Morris, owner of JVM Motorsports. JVM’s future has been a hot topic recently, with many wondering if Morris intends to relocate. Morris said he’s heard rumors that he was moving to Danville and Lawrenceburg. He said a tax incentive was a great start, but Mercer County’s entire attitude towards new business needed to change. Morris said there are local businesses who pay city taxes but do not receive city services.

“As a community, we’ve got to figure out how to do the best with what we are,” Morris said. “The fix here is not a one-year fix.”