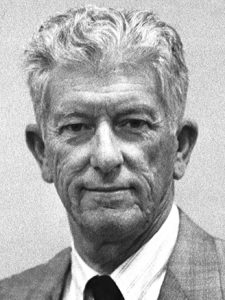 John William Landrum, 96, of Harrodsburg, widower of Vivian VanBever Landrum, went peacefully to his long awaited home on Tuesday, Aug. 21, 2018, surrounded by his family and friends.

He was owner of the Landrum Insurance Agency Inc. and Springlake Farms, a former pilot for Humana, and was a veteran of the US Army Air Corps. He was a member of several boards, including Humana Inc., the James B. Haggin Memorial Hospital and the Harrodsburg United Methodist Church, among others.

John was active in his community serving in various leadership roles with his wife, such as the Christian Life Center, JayCees, Harrodsburg Historical Society, Fellowship of Christian Athletes and the Mercer County Chamber of Commerce.

He and Vivian made a huge impact in their community both spiritually and economically. John was a simple man and liked things as simple and clear as they could be. He supported many Christian organizations and was in constant prayer and devotion to Christ, his family and his friends.

He was preceded in death by one son, John VanBever “Van” Landrum.

No services are planned for Mr. Landrum.

Ransdell Funeral Chapel is in charge of arrangements.

Expressions of sympathy may be sent to the family online at www.ransdellfuneralchapel.com.