From Burgin To The Center Circle Of The Grand Ole Opry 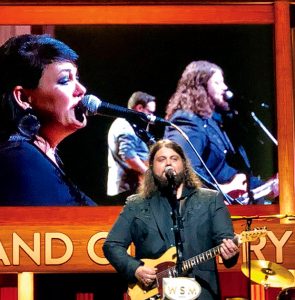 During his debut at the Grand Ole Opry. Dillon Carmichael’s mother, Becky Montgomery, sang back up.

The story goes that Carmicheal had dreams of music fame and success and started out, as many do, on the ground floor as a security guard for the theater. Carmichael refused to stand in the center circle until he made it there with his guitar.

“I have tried to describe the feeling multiple times,” said Carmichael. “No words can describe the energy you feel stepping into that circle.”

His Opry debut follows a string of recent successes such as earning Rolling Stone magazine’s award for ‘Best Next Jamey Johnson’ and making his New York City debut. Carmichael is releasing his album, “Hell on an Angel,” on Oct. 26.

“I am beyond excited for my album to come out. This really is my dream record and Dave Cobb is my dream producer,” said Carmichael. “As a songwriter, to find a producer that appreciates the songs so much, means a lot to me.” 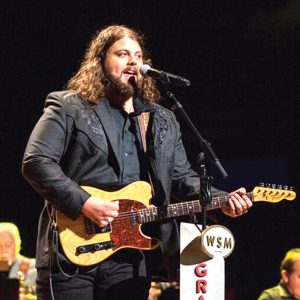 Dillon Carmichael made his debut at the Grand Ole Opry last week. His album “Hell on an Angel” will be released Oct. 26.

“My mom sacrificed a lot for us growing up. She is an incredibly talented singer and instead of going out to be an artist she stayed home to raise us kids,” said Carmichael. “It was very special to be able to share that moment with her on stage.”

He is currently on tour but will be at the Wilderness Trail Bourbon Festival in Danville on Saturday, Sept. 8, at 7 p.m.

For more information on Carmichael and his music, visit his website dilloncarmichael.com.