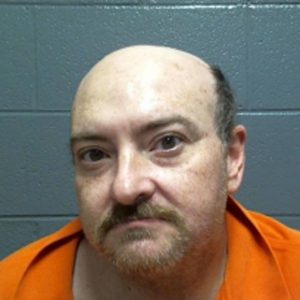 A Harrodsburg man has been indicted for sexually exploiting two minor children.

Carl Lawrence, 44, of 2915 Louisville Road, is charged with 1st-degree sexual abuse, a class C felony, and 1st-degree wanton endangerment, a class D felony. According to the prosecution, Lawrence allowed two minor children, including one who was under 12 years of age, to be subjected to repeated sexual contact from Oct. 6, 2015, to June 22, 2016. Bail was set at $15,000 on the condition Lawrence has no further contact with the victims. Capt. Scott Elder (Mercer County Sheriff’s Office) testified.

Elder served Lawrence with a warrant for wanton endangerment Monday and took him into custody. The chief deputy said they are working with another law enforcement organization to bring another suspect to justice, but could offer no further details except to say it was an ongoing investigation.

The Grand Jury handed down indictments last Wednesday on charges including drug trafficking, burglary and unlawful access to a computer.

Eades was found to be in possession of both controlled substances on Sept. 18, 2017.

Bail was set at $10,000 with drug-related conditions, including reporting to pretrial services, submitting to random drug testing and not being involved in new arrests involving alcohol, illegal substances or pain medications with or without a prescription. Capt. Elder (MCSO) testified.

Farmer and Benge were found to be in possession of heroin, a straw and a baggie on March 14.

Bail for both was set at $5,000 with drug-related conditions. Patrolman Aaron Steele (HPD) testified.

Learn the rest of the story in this week’s issue of the Harrodsburg Herald.